Well, here we are once again. How many times can the same things be said about one television show? We sat on and let it digest for a few weeks, but the newest season of Fox’s Batman-inspired prequel still hasn’t figured out exactly what people want to see from this type of show. On May 17th, Gotham Season 4 wrapped up and it’s still a jumbled mess of ideas that somehow pulls you in for another wacky ride.

Over the past two years, we’ve participated in Gotham‘s continuously uneven song and dance because, well, it’s set in the Batman universe. It has been legitimately fun to see who or what will pop up in each episode. The initial selling point for the show was to watch eventual police commissioner Jim Gordon (Ben McKenzie) tussle with early incarnations of the caped crusader’s most popular villains. Getting to see a young Selina Kyle (Camren Bicondova) roam the city streets as a petty thief or watching Oswald Cobblepot’s (Robin Lord Taylor) rise from a lackey for Carmine Falcone (John Doman) to his turn as the iconic Penguin helped to establish new versions of characters fans know and love. While Gotham Season 4 continues this trend with more classic characters being introduced, the same issues have always persisted.

The season begins with Penguin taking over the criminal underworld once again. He issues licenses for criminals to commit legal crimes and the Gotham City Police Department is forced to abide by them. This eventually leads to the arrival of a somewhat lesser known villain, Professor Pyg (Michael Cerveris), who punishes police officers working for Penguin by brutally murdering them. In addition, the immortal Ra’s al Ghul (Alexander Siddig) is tasked with finding his heir and Jerome Valeska (Cameron Monaghan) pops into the picture once again to cause chaos for Jim Gordon and a young Bruce Wayne (David Mazouz) who sloppily begins his vigilante heroics. Bruce also becomes quite annoying in this season which is a big letdown as he’s really the most important character in the show.

When it comes down to the overarching plot for Gotham Season 4, there simply isn’t one. Like we said in our wrap-up of Season 3, there’s just so much “stuff” happening. None of it really ends up meaning much of anything by the end. There are even some storylines that seem to simply disappear in the blink of an eye. At one point, Ivy Pepper evolves a second time (from Maggie Geha to Peyton List) and finally becomes Poison Ivy. Then, nothing really happens with her. What’s the point in fully introducing her character if the showrunners aren’t ready to do anything with her? Jonathan Crane/the Scarecrow (David W. Thompson) also seems like he’ll play a big role early in the season but quickly becomes lost in the mix of more established Gotham alum. Even Bruce Wayne’s first reveal in Batman-esque gear manages to lose its luster very fast. 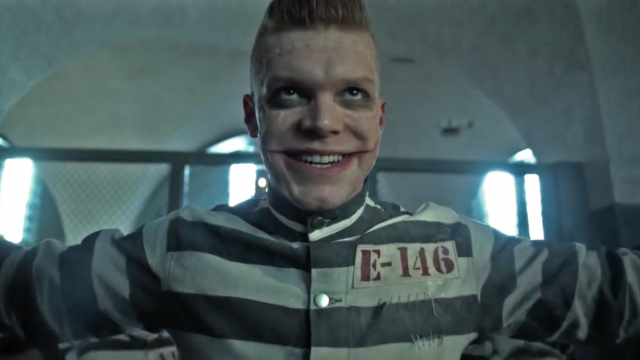 One of the most ridiculous things about the show is how absolutely nobody can stay dead. Season 4 is no different. While this is fairly typical of comic book storylines, it’s almost too much in Gotham. Over the course of the show, we’ve seen characters like Theo Galavan (James Frain), Fish Mooney (Jada Pinkett Smith), and the aforementioned Jerome make their triumphant returns from the dead. In this season, you can add multiple new ones to the list of resurrected characters. No, we won’t spoil them all here but why bother to kill them off only to bring them right back? The plot won’t even leave the characters dead long enough to shock audiences with their returns. On top of that, following being frozen by Mr. Freeze (Nathan Darrow) by order of the Penguin, Edward Nygma/the Riddler  (Cory Michael Smith) returns fully by the season’s third episode. He wasn’t even gone long enough for anyone to miss him before his return.

The biggest problem with Gotham Season 4 though is that absolutely nothing resonates with viewers on an emotional level. Again, there’s just a lot of stuff happening. It’s hard to piece together the clumsy story and figure out how the events fit together. There are definitely cool moments in the show. As usual, Jerome Valeska (AKA the character they won’t call Joker) continues to provide some of the best episodes. The emergence of the Scarecrow is also an early highlight. Even the surprisingly lengthy Professor Pyg storyline is pretty interesting albeit a bit drawn out. Yet, all of these individual moments aren’t enough to create a cohesive season of quality television. This continues to be a reason why the 22 episode season structure is too much for this show. However, we’ve already talked about that enough in our wrap-ups for Seasons 2 and 3. 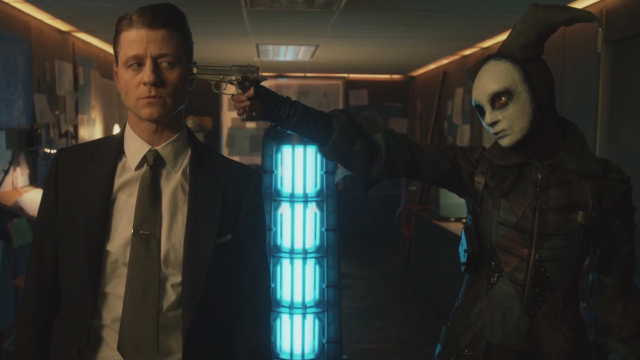 Of course, there’s always a small bit of fun to be had with Gotham. Again, seeing Batman’s most infamous villains appear on the small screen is awesome. The show does tend to stray from some of their origins but, in this case, it’s acceptable and works enough. Characters like Solomon Grundy and Tommy Elliot make their debuts but not in ways that you’d necessarily expect if you’re familiar with Batman lore. Of course, we can’t forget Poison Ivy here either as she doesn’t even share the same real name as her comic book counterpart. Shockingly, Gotham Season 4 is also the darkest yet as there are some seriously violent and disgusting moments. The one that comes to mind is Professor Pyg’s “dinner party.” For network television, it’s pretty edgy and that’s all that we’re going to say here.

When it comes to Gotham, we’ve speculated in our past two wrap-ups that the show could be on the ropes due to its lack of overall direction. Also, the villains of the show aren’t Jim Gordon villains. They’re Batman’s. There’s only so much you can do without the dark knight before being forced to bring him into the show. Well, it looks like this has finally caught up with the show as next year’s fifth season will also be the finale. In all honesty, it’s for the best. Even though it’s not necessarily a good show, there’s something endearing about Gotham. However, it’s also time for it to end. It has been quite obvious that the showrunners don’t entirely know what to do with the plot or characters. Their hearts appear to be in the right place but that’s about it. Basically, if you have put up with the other seasons, then Gotham Season 4 won’t pull any punches. It’s a scrambled mess of unapologetic storytelling that’s as lovable as it is dopey.