Let’s do something that’s not normally done on this site and begin with a brief personal story. Last night, I watched a horror/science fiction monster movie. It was an independent production and definitely went for the cheesy B-movie feel. There was a lot of color, gross out effects, and camp factor. While this approach works in some instances, it didn’t in this case. It was terrible. Then, I put on Jeremiah Kipp’s eight minute short film, Slapface. Similarly to the film I had just watched, it was another monster story but this one is meant to be taken seriously. The eight minutes spent with Slapface was a night and day difference from the evening’s previous film. Needless to say, Kipp’s film is absolutely stunning and one of the best monster movies released in a long time.

The film follows a young boy played by Joshua Kaufman. It begin’s with the boy calling for someone/something to come out of hiding. We learn that the boy is calling for Lukas Hassel’s Ogre as we see it emerge from underneath a bridge. The Ogre chases down the boy before catching him in an embrace. From here, the boy’s father, played by Nick Gregory, finds him unconscious on the ground outside the house. He wakes the boy and brings him inside. After refusing to take his medicine to help deal with his mother’s recent death, the boy engages in a not-so-fun game with his father as the monster returns.

The first thing you’ll notice about Slapface is its wonderful cinematography. Dominick Sivilli handles this aspect of the film and it’s still bewildering to think that low budget shorts can look this good. The look of the film is reminiscent to something like A Quiet Place as its full of natural beauty. The forest with its leafless trees and seemingly abandoned structures is the perfect setting for a monster movie. Even the boy’s home has a rustic cabin-like quality to it that just reeks of a classic horror story. 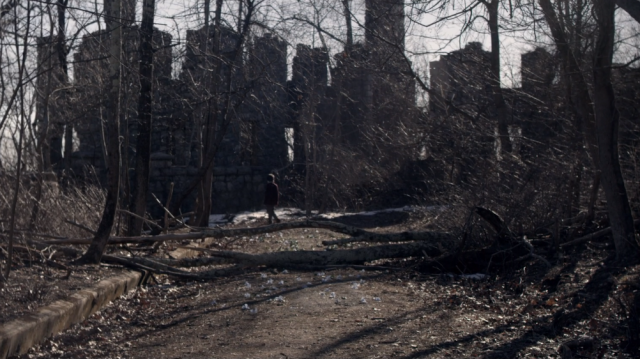 The acting in Slapface is also excellent. Children don’t always make for the best lead characters but Joshua Kaufman nails his role in every way possible. He’s defiant in the face of fear but there’s also love buried beneath his facade which shows in the film’s final moments. Nick Gregory as the father is also great. He plays the role as stern and unflinching but it seems that he doesn’t entirely know how to raise his son alone either. He believes what he’s doing is for the best but he may be as unconvinced as the viewer. Last, but not least, Lukas Hassel gives one of the best monster portrayals in recent memory. His performance is on par with Boris Karloff in Frankenstein. The Ogre isn’t a mindless killing machine as so many are in films these days. It’s a sympathetic being and there may be more than meets the eye in that regard.

It’s amazing what Slapface is able to cover in its eight minute runtime. While the story itself is rather simple, there’s a lot of complexity within it as well. A grieving boy summoning a monster to fill a void in his life isn’t something completely new as it was done most recently in A Monster Calls. Yet, Slapface does it differently and is actually more effective. The film also plays with the idea of who/what the monster really is. There isn’t necessarily a clear depiction of this per se but it’s definitely left up to interpretation. Again, so much of that has to do with the nuanced and fearless performances from the film’s three actors. The film forces you to think constantly and leaves a lasting impression because of it. 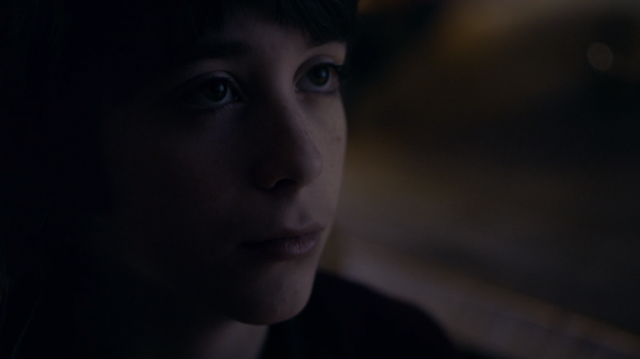 If there’s anything negative to say about Slapface, it’s that it’s far too short. Your eyes are glued to the screen the entire time and all of a sudden it just ends. That’s not to say that the ending isn’t satisfying. It really is. It’s just that the film gets you so invested that you simply don’t want it to end. Like Saudade, another short we reviewed recently, Slapface deserves the feature length treatment. There’s so much that’s left unanswered (in a good way) and so much backstory that we don’t see. Over the course of eight minutes, you want to know what got the boy and his father to this point. You want to know what happened to the mother. How did the Ogre come to be and what’s its true relationship to the boy? These are all things that could be further explored and with Kipp’s impressive storytelling, a feature length Slapface could be a horror masterpiece. At worst, it’d be a damn good monster movie.

We can’t possibly count its short runtime against it. Every second you spend with Slapface is fantastic. Whether its the cinematography, acting, music (the music!), or the story itself, the film is perfect. This is the type of film the horror genre needs in this day and age. It’s not especially scary but its atmosphere and storytelling embrace all things horror. Jeremiah Kipp is a writer/director to keep an eye on as it’s not often that a horror short is this poignant and satisfying. If you have the chance to check out Slapface, don’t miss it.