With the multitude of films that are released every year, sometimes one just falls through the cracks. Today, we’re reviewing Justin Kurzel’s Macbeth just in case you missed it…

When it comes to the work of William Shakespeare, there has been no shortage of film adaptations. From the time of the cinema’s inception, Shakespeare has been featured prominently. Over the years, there have been rough adaptations of his work such as 10 Things I Hate About You and O yet there have also been more literal representations. Director Justin Kurzel’s 2015 version of Macbeth is an example of the latter.

While Macbeth has gotten film treatment numerous times, the earliest known version being in 1908, this newest effort is in a class of its own. While only being Kurzel’s second full length film, it’s evident that he has a unique style. Tackling a faithful Shakespeare adaptation so early in his directorial career is definitely a bold move. Due to a stellar cast, beautifully grim cinematography, and verbatim Shakespearean dialogue, Kurzel has crafted a version of Macbeth that is all his own.

The plot follows Macbeth, played by the ever-wonderful Michael Fassbender, as he forcefully becomes king of Scotland. After succeeding in battle, Macbeth fulfills a prophecy given to him from a group of witches by murdering King Duncan (David Thewlis). After he takes the crown for himself, Macbeth’s mind deteriorates as guilt and power cloud his judgment. He goes on a murder spree eliminating anyone who could potentially challenge his reign. His lone confidant is his wife, Lady Macbeth (Marion Cotillard), who frequently contributes to his power trip. 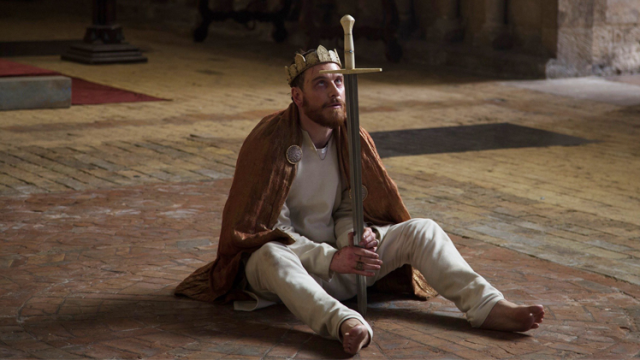 In all honesty, there isn’t a whole lot to the plot. As a Shakespearean tragedy, you can expect plenty of death and deceit. A lot of the events onscreen center around Macbeth speaking, seeing visions, and descending into madness. While this may sound like an issue, the performances more than make up for it. Michael Fassbender, as per usual, is mesmerizing as Macbeth. He seamlessly slips from being a faithful warrior to a maniacal tyrant with ease.

Although there is nothing too flashy about her performance, Marion Cotillard is the perfect companion to Fassbender. Lady Macbeth is just as deceptive as the title character himself. Cotillard is one of the best underrated actresses working today and she’s definitely a good fit here. Jack Reynor, Paddy Considine, and Sean Harris round out the main characters Malcolm, Banquo, and Macduff. All three men do a great job of emoting hurt and shock as they’re betrayed one by one.

Another highlight of the film is the set design and cinematography. Both are unbelievably bleak but they’re perfect for the subject matter. The scenery is a character in its own right with a harsh fog lying over the exterior scenes that gives off a feeling of claustrophobia. In contrast, Macbeth’s castle is typically spacious and hollow on the inside. Both environments mirror Macbeth himself with his delusions of external stress on the empty person inside. 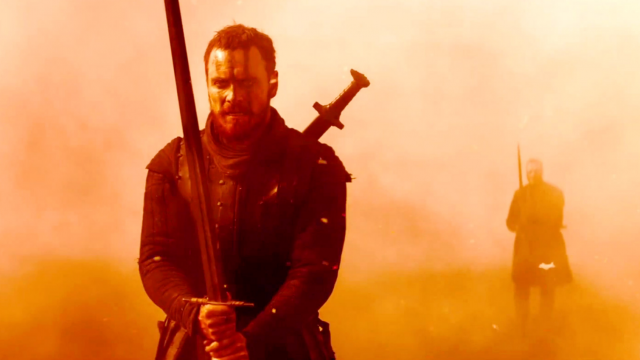 Where Macbeth falters is also one of its most unique attributes. The words from Shakespeare’s play are used directly in the film. While this is obviously an easy way to stay faithful to the source material, it also distracts and is somewhat difficult to understand at times. Shakespeare’s antiquated English does contribute to the overall style of the film despite turning off some potential viewers, though. The one saving grace for the dialogue is that the plot is relatively easy to follow and never gets too complicated. Due to this, it’s appropriate to give Kurzel some leeway on trying something different.

Ultimately, Macbeth is an excellent watch. It’s beautifully written, shot, and acted which are three of the biggest compliments a film can receive. As always, Michael Fassbender is phenomenal in his role and gives life to the character. Even though he’s extremely flawed, you never truly hate him. Fassbender humanizes Macbeth as a troubled individual who perpetrates dastardly acts but pays for them in the end.

The lone setback of the film, as discussed, is the dialogue. However, after you get over the initial shock, you tend to find yourself engaged with it. It can be looked at as a minor complaint for film buffs but a major issue for casual moviegoers. While William Shakespeare’s work has been adapted time and time again, Macbeth is a film worthy of being called one of the best. It’s true to the original story with the obvious time and care taken to create an invigorating piece of cinema.