Over the past few years, we’ve talked about the found footage style of horror films time and time again here on Cinema Smack. Seemingly, every time it’s mentioned, The Blair Witch Project comes up as well. With how many times it has been talked about on this site, let’s just get it over with at this point. For October’s final In Case You Missed It Horror Review, The Blair Witch Project will finally get its just do.

The film was originally released in 1999 and, from the very beginning, there was an air of mystery around it. Co-directors Daniel Myrick and Eduardo Sánchez began developing their ideas for the film in 1993 while students at the University of Central Florida. Their main influence came from the opinion that paranormal phenomena documentaries were more terrifying than your average horror film. They decided to combine elements of both and create a work of fiction with a documentary style. Following its premiere at the Sundance Film Festival in January 1999, the marketing campaign claimed that the three lead actors were missing or dead following the events of the film. This led audiences to question whether the film’s events were real or not.

The Blair Witch Project is set in October 1994 and follows three film students, Heather Donahue, Josh Leonard, and Mike Williams, making a documentary about the mythical Blair Witch. They travel to Burkittsville, Maryland, which now stands where the town of Blair had been, and interview the residents about the legend. They receive a number of different stories and, eventually, they make their way to the nearby forest. Their first stop is at Coffin Rock, where five men were ritualistically murdered before their bodies vanished. From here, the group is terrorized by unseen forces as they wake in the middle of the night to strange noises and become increasingly lost in the forest.

On paper, and even in execution, there’s really not much to the story of The Blair Witch Project. For the most part, the focus is on three people lost in the woods. Though, everyone involved with the production does an excellent job selling the events. Many found footage films simply introduce a character who got a new camera or is filming a documentary as the reasoning behind using the style. Here, the documentary is for a school project and the characters actually justify filming everything. They have a Hi8 video camera that they use for interviews and their pseudo “behind the scenes” footage. All of their most important footage comes from a 16mm film camera though. Even the most important scenes of the film are shot with this camera and it helps to differentiate the truth from fabrication in a way. 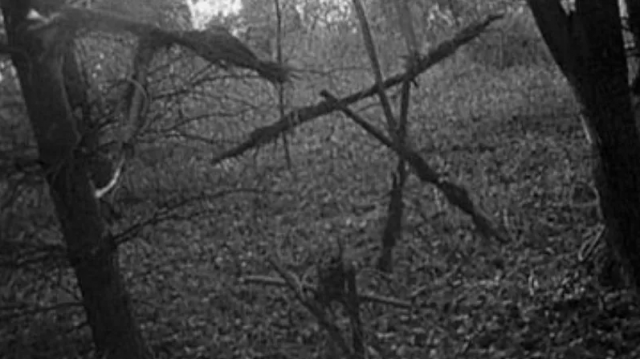 The scares of the film are actually pretty good. Many found footage films today rely on jump scares and copycat scenes from something like The Blair Witch Project. When the students wake up to eerie noises in the woods as well as voices and screams, it does make your skin crawl. Then, as their fear and paranoia heighten, more physical scares begin. Yet, they remain subtle and stay true to the legend by falling in line with rituals and witchcraft. They discover things like cairns and stick figures near their campsite. As a viewer, you don’t see how these things were made or how they appear. The character reactions to them sell their significance and allow you to feel their same dread.

Perhaps the best, or most effective, thing about The Blair Witch Project, though, was its marketing. Back in 1999, The Blair Witch Project was everywhere. It’s credited as one of the first films to use modern viral marketing via the internet. Two weeks prior to the film’s release on July 30th, 1999, the Sci-Fi Channel (now Syfy), aired the faux documentary, Curse of the Blair Witch, to build even more anticipation for the film. The idea of presenting the actors as missing and/or dead wasn’t necessarily an original idea. The 1980 film, Cannibal Holocaust, had previously done the same. However, The Blair Witch Project played it up even more by creating an entire legend and, essentially, a full on hoax that some audiences actually believed to be real. Every film that has used viral marketing as a tactic since is indebted to The Blair Witch Project. This includes films like Cloverfield, Super 8, and even Christopher Nolan’s The Dark Knight. 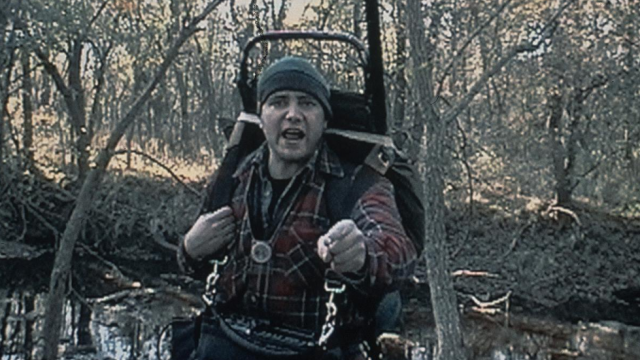 If there’s any negative to The Blair Witch Project, it’s in the acting. Though, one can hardly criticize it for that as it was portrayed as real events recovered on video and film. At times, the characters can be somewhat annoying and they all go through some bipolar moments. They tend to yell at each other a lot and later apologize. Again, though, the characters aren’t there to pander to the audience. They’re frightened, confused, and desperate and all of these things become increasingly apparent as the film continues. The three lead actors, who use their real names in the film, were cast as unknowns and their inexperience comes across but also lends to a hint of reality.

There’s no doubt that The Blair Witch Project is a polarizing film in general. However, it’s a ridiculously important film and deserves much more credit than it’s sometimes given. In 2018, there isn’t much that people can look at as “real” in terms of filmmaking and the horror genre. Yet, this film was released at the perfect time prior to the modern computer age where no information is safe. This could be why the found footage style just doesn’t resonate the way many filmmakers would like it to. In addition, how do you do found footage better than The Blair Witch Project? In terms of the style, it checks all of the boxes and is a special film in the horror genre because of it. Sure, it may not be a film classic the likes of The Exorcist but it rattled audiences the world over. It’s a film that’s the true definition of being at the right place at the right time.