In the past few years, science fiction films have really made a strong comeback. Films like Interstellar, The Martian, and Gravity have made a push back into the general public’s eye and been massively successful in doing so. Of course, not all sci-fi is about space exploration. A movie like Ex Machina has proven that. Ultimately, though, sci-fi has been spot on as of late and it doesn’t appear to be going away. Denis Villeneuve’s newest film, Arrival, is just as good as the aforementioned films in the genre if not better.

Villeneuve has been on a roll lately with a number of critically acclaimed films to his name over the past few years. Prisoners, Enemy, and Sicario all received positive reviews from critics and audiences alike. The latter even netted some Academy Award nominations although not for Villeneuve himself. This new film is adapted from an award winning short story, entitled Story of Your Life, written by Ted Chiang. With Arrival, the director has crafted a beautiful and emotional science fiction experience that is as intense as it is thought provoking.

The film follows Dr. Louise Banks played by Amy Adams. Louise is a linguist who’s contacted by Colonel Weber (Forest Whitaker) following the arrival of alien ships at twelve random locations on Earth. Unable to communicate with the aliens, the government entrusts the task of deciphering the alien language to Louise and theoretical physicist, Dr. Ian Donnelly (Jeremy Renner). Meanwhile, other nations are attempting to do the same with their own respective visitors while also refusing to communicate their findings to one another. While Louise and Ian believe the aliens, eventually referred to as Heptapods, to be peaceful, other nations, specifically China under General Shang (Tzi Ma), believe them to be enemies. 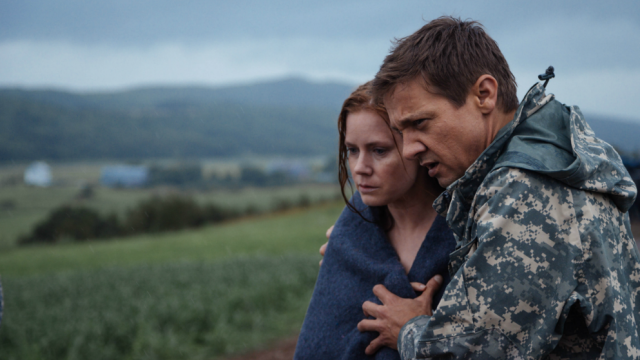 First of all, it must be stated that this is Amy Adams’ movie. In Arrival, her character is more emotionally complex than possibly any other role she has been in. This isn’t to say that the rest of the cast brings the film down. Jeremy Renner is especially good as is Tzi Ma in his brief appearance. Michael Stuhlbarg is also good as Agent Halpern, the closest thing the film has to an antagonist. Adams simply knocks it out of the park as a mother who has lost her daughter to a rare disease on top of having the dubious task of communicating with the Heptapods. The parallels between her mission and her daughter’s life are frequently juxtaposed and it’s easy to feel the emotions of her character. It wouldn’t be surprising to see her land an Oscar nod for her performance.

The visuals are another highlight of the film. While alien invasion films are often action packed, Arrival is not. In this case, that’s definitely a good thing. Shots are allowed time to develop and breathe. The main location is a large, grassy field in Montana that is absolutely stunning in long, sprawling helicopter shots. The interior of the alien ship is simple yet effective in appearing foreign to the human eye. The look of the Heptapods themselves is also terrifying yet exhilarating as the characters, as well as the audience, are unsure of their intentions. There aren’t a lot of shameless CGI effects that distract from the deeper meaning of the film. While the effects are unlike things in our real-life physical world, they’re certainly believable in this film. 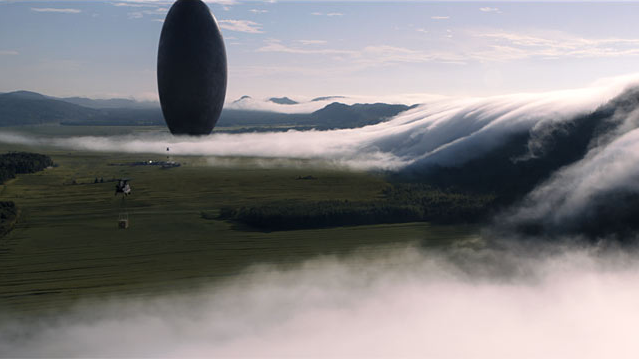 In all honesty, there really aren’t any negatives about this film. It could be said that it’s a bit slow and there isn’t any action. That’s not what this film is though. Arrival is a thinking person’s sci-fi. The film is a quest for knowledge and understanding not only of the aliens but of human nature as well. There’s a scene towards the end of the film between Louise and General Shang that’s beautiful and inspiring and it essentially characterizes the entire experience.

Arrival is as human of a story as you can possibly get in the science fiction genre. It’s right up there with something like Blade Runner in terms of questioning sentient life. In terms of comparisons, it’s a bit like Terence Malick’s The Tree of Life meets Neill Blomkamp’s District 9 minus the action scenes. It also brings to mind Close Encounters of the Third Kind and 2001: A Space Odyssey. It’s a human study mixed with a fear of the unknown and of something we can’t understand. There’s no doubt that Arrival is one of the best films of the year and it wouldn’t be a surprise to see it featured in multiple awards categories come February.