Can anyone name a bad George Clooney performance? Before someone drops something like Batman & Robin, just don’t. That movie was doomed from the beginning with or without Clooney.

Seriously though. George Clooney can seemingly make gold out of anything if he is given proper time to shine. Ultimately, that’s the case with his new film, Money Monster. This isn’t to say that the film is perfect. It’s actually pretty flawed in a lot of ways but Clooney knocks it out of the park as always with his performance.

Clooney plays Lee Gates, a television host for a finance program aptly titled Money Monster. After stock for a company called IBIS crashes and $800 million goes missing from shareholders, the set of the program is breached by an angry investor named Kyle Budwell. Kyle takes over the program with a gun and makes Lee wear a bomb vest for giving out bum stock suggestions for IBIS as well as to avoid any police intervention.

One of the reasons that Clooney shines so much as Lee is that the character is basically a reflection of himself. Clooney’s reputation as a Hollywood playboy spills over to Lee as he goes off-script and says whatever he wants, dances with women on the set, and talks about how he hasn’t eaten dinner alone since the 1990’s. He just oozes charisma in this film and that’s what makes him so fun to watch. 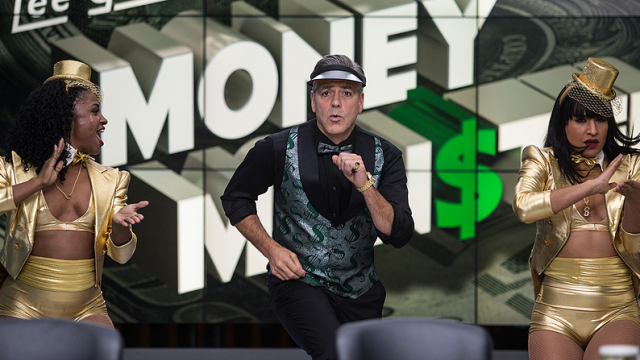 The pacing of the film is also very good. The first half of the movie is full of rapid fire editing as director Jodie Foster (yes, Clarice Starling) shows off the work that goes into pulling off a live television broadcast. In a lot of ways, it’s as animated and on-the-spot off camera as Lee is on camera. Even when Kyle infiltrates the show, he demands the cameras keep rolling. The broadcast continues as scheduled until he gets his answers for the stock crash and Money Monster’s crew must keep operating under a different type of pressure than they’re used to.

As great as George Clooney is, the rest of the cast is solid as well. Julia Roberts plays producer Patty Fenn who must get the free-spirited Lee to cooperate with Kyle along with keeping him occupied until police can figure out an exit strategy. Kyle is played by Jack O’Connell and initially he seems outmatched by the star power of Clooney and Roberts. However, it wouldn’t be surprising if this was intentional because the character of Kyle is also out of his element. It’s as if he planned just far enough to get to the set but then isn’t entirely sure of what he’s going to do beyond that. Rounding out the rest of the main cast are Dominic West and Caitriona Balfe as executives from IBIS and Giancarlo Esposito as Police Captain Powell. 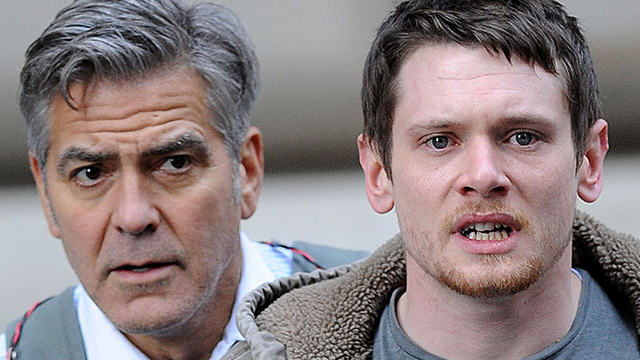 Although there are some truly entertaining parts of Money Monster, sometimes the plot just falls flat. Again, it is the first half of the movie that holds your attention and even can be a bit funny during a select few scenes. The second half just turns into a strange mix of characters racing against the clock, a police procedural, and a political thriller and it doesn’t really do any of those things particularly well. After the characters leave the confines of the Money Monster set, the movie ends up getting confused as to what it wants to be. The stakes never feel all that high and, as a viewer, it’s hard to care about the extraneous details behind the scenes of the IBIS stock crash.

It’s unlikely that this film is going to turn many heads or even be remembered a few months from now. George Clooney is as good as ever and, even though they share very little screen time together, Lee’s relationship with Patty does provide some decent character development amidst the chaos. The ending is shoddily explained and mostly anything having to do with the characters from IBIS just seems shoehorned in as a cop out resolution to the main problem of someone creating a hostage situation on live television. The characters don’t necessarily learn anything by the end and there’s a very strange final scene in which it just feels like nothing that happened throughout the course of the film really mattered in the end. Overall, Money Monster is a decent watch if there’s nothing better to see. It’s not a complete waste of time as it’s relatively short and it does entertain but it definitely won’t leave any lasting impression either.