The holiday season is nearly upon us. That usually means that the remaining big titles of the year are pumped out at an alarming rate. Last week, Thor: Ragnarok sparked the end of the year surge and, with films like Justice League and Star Wars: The Last Jedi on the horizon, there’s plenty more to come. There’s one film, though, that hasn’t seemed to have gotten the buzz that it should’ve given its personnel. Murder on the Orient Express was released this past weekend to seemingly little fanfare despite its ridiculously stacked ensemble cast.

This is the third film adaptation of Agatha Christie’s 1934 novel of the same name. The first came in 1974. Directed by Sidney Lumet, it had an impressive cast of its own with names like Albert Finney, Lauren Bacall, Ingrid Bergman, and Sean Connery. In 2001, a made-for-television remake was released starring Alfred Molina in the role of protagonist Hercule Poirot. There was also an episode of the British TV series, Agatha Christie’s Poirot, dedicated to the story.

The 2017 film stars Kenneth Branagh, who also directs, in the role of Poirot, a famous Belgian detective. After solving a theft in Jerusalem, Poirot intends to head back to London for another case. His friend and train director, Bouc (Tom Bateman), offers him a seat on the Orient Express. Here, Poirot meets a number of the other passengers including Edward Ratchett (Johnny Depp). Ratchett receives threatening letters and intends to hire Poirot as his bodyguard. Poirot declines based on Ratchett’s shady business tactics. Later that night, the train halts due to an avalanche and Ratchett is found murdered with no viable witnesses. From here, Poirot leads an investigation to discover which of the twelve passengers is the murderer.

Murder on the Orient Express is a different kind of film than most these days. It has a classic type of feel. It’s a murder-mystery/whodunit in the vein of the film version of Clue with the grimness and style of something like, say, Sleepy Hollow. For video gamers, it feels a little bit like L.A. Noire as well. As Poirot goes around interviewing the passengers, it seems like each of them may have something to hide and you’re never too sure about who’s on the level. While murder-mysteries are still prevalent in Hollywood, they usually don’t have their suspects hiding in plain sight like this film does. 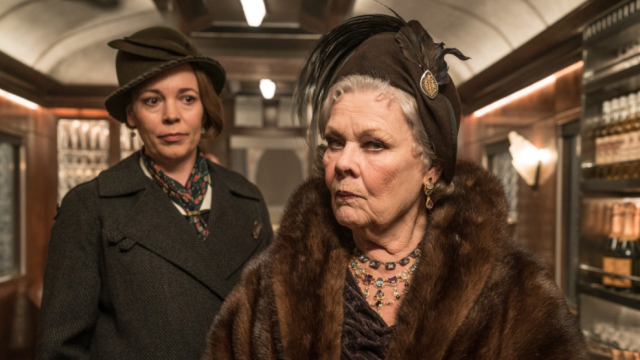 With so many suspects, the film had to go above and beyond with its cast especially if it wanted to compete with the 1974 version. Branagh and crew did just that by putting together an excellent who’s who of top stars. Daisy Ridley, Josh Gad, Leslie Odom Jr., Willem Dafoe, Penelope Cruz, and Dame Judi Dench are very effective in each of their roles. Even a lesser known name like Manuel Garcia-Rulfo is given time to shine. Though, there are a few names that especially stand out from the pack. Michelle Pfeiffer, who has had something of a career renaissance recently, is great as Mrs. Hubbard. Any time she’s onscreen, she commands attention and is one of the most intriguing characters of the film. Johnny Depp does a good job in his limited screentime and doesn’t feel like box office poison here.

The real star of the film, though, is Branagh. His interpretation of Poirot is fantastic. You hang on his every word and it’s enjoyable to see him work out all of the facts as he manipulates his suspects into telling him their secrets. For Branagh to delve so deep into the character along with handling his directorial duties is astounding. The character of Poirot is extremely particular in how he wants things and obsessive when it comes to the subject of right and wrong. There are some good character building moments where Poirot won’t eat his breakfast until his eggs are perfect and he frequently tells other characters to straighten their ties. While these types of characters tend to be more for annoyance, Branagh is very likable in this role.

Both the cinematography and camerawork are also a complete joy to witness in the film. Fitting in with the classic tone, the set design and costumes are elegant and feel vintage. It’s a great look and fully absorbs you into the experience. The camera movement is excellent as you follow characters through the windows of the train as they speak to each other or get an unnatural bird’s eye view angle of Poirot and company checking out the crime scene. The camera makes you feel like an actual spectator and potential suspect just as the rest of the passengers. 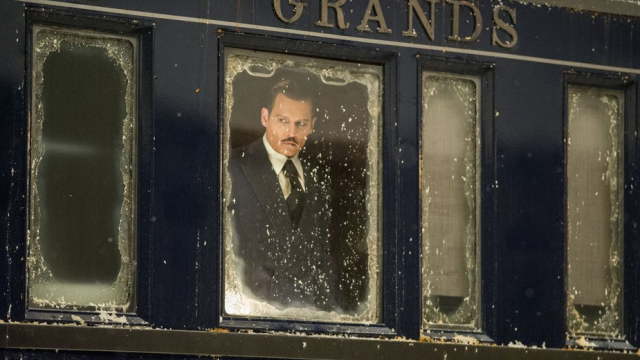 If there’s one fatal flaw with Murder on the Orient Express, it’s with the film’s ending. As always, these reviews are spoiler-free but the resolution isn’t the problem. It’s in the execution. Poirot constantly links the murder to another case. Other than through his words, though, it’s hard to see why it matters until the very end. Even then, Poirot glosses over everything so fast and you don’t really know how he put together his facts. The ending is satisfying enough but, had a little more time been dedicated to fleshing out the story, it would’ve been much better. In addition, while the cast is very good, some of the characters get so little screentime that it’s hard to remember who some of the lesser ones are and why they matter.

In conclusion, Kenneth Branagh’s Murder on the Orient Express is a good movie. It’s not going to blow anyone away or change your opinion on modern cinema but it’s a fun watch. Up until the end, the whodunit mystery has you intrigued and the characters keep you invested. Even the sudden ending offers a decent payoff. It’s just that the road to get there is somewhat questionable. It’s doubtful that Murder on the Orient Express will crack anyone’s best of 2017 lists but there are certainly far worse ways to spend your time. If you’re looking for a classic feeling murder-mystery that’ll entertain you for two hours, give it a watch.