It has been a long four months but, finally, Marvel Studios has released another new film. Seriously, there’s just no other way to start out these reviews anymore. The rate that superhero films are being pumped out at this point is almost laughable. We’re not even done yet as Justice League still looms ahead. For now though, let’s stick to Marvel and their newest foray into the realm of Asgard in Thor: Ragnarok.

With the third film in the Thor series, Marvel knew that they needed to shake things up. The first was an underwhelming experience that set up the character but wasn’t overly entertaining. Thor: The Dark World was a little more fun but still messy in terms of its execution. It always seems like there’s so much “stuff” crammed into Thor movies and you always tend to forget exactly what the character motivations are. Well, with Ragnarok, Marvel has seemed to rectify the problems of the previous movies. Mostly.

The film opens with an entrapped Thor (Chris Hemsworth) telling the audience about his unsuccessful attempts to locate infinity stones. Here, we meet his captor, the fire demon, Surtur, voiced by Clancy Brown. He claims that the prophecy of Ragnarok will destroy Thor’s home of Asgard. Obviously, Thor escapes and makes quick work of Surtur. He returns to Asgard to expose his adoptive brother, Loki (Tom Hiddleston), who has been posing as their father, Odin (Anthony Hopkins). After a quick visit from Dr. Stephen Strange (Benedict Cumberbatch), Loki and Thor find Odin who explains that he’s dying. With his death, their sister, Hela (Cate Blanchett), will be freed from imprisonment to reign terror upon Asgard. Hela appears, destroys Thor’s hammer, and knocks them both out into space to die.

From here, Thor finds himself on the garbage planet of Sakaar where he’s claimed by Scrapper 142/Valkyrie (Tessa Thompson). She sells him to the Grandmaster (Jeff Goldblum) who forces warriors into gladiator battles with his prized champion, and Thor’s old friend, the Hulk/Bruce Banner (Mark Ruffalo). Throughout the rest of the film, Thor must battle the Hulk, build a team, escape Sakaar, and return to Asgard to stop Hela. 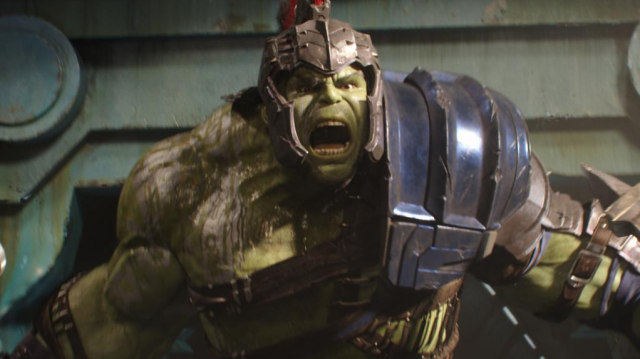 If you’re thinking about how confusing that entire plot is, you’re not entirely wrong in doing so. Though, director Taika Waititi and the screenwriters do a good job balancing all of the overlapping plotlines. Thor: Ragnarok really feels like a combination of two stories working within the confines of one individual film. It seems like there wasn’t enough of either the Hulk or Hela stories to make one full movie so they put the two together. For the most part, it works pretty well for Ragnarok. Like Captain America: Civil War‘s big airport scene last year, there’s money to be made in seeing heroes feuding. Thor battling the rage-filled Hulk is one of the best scenes in the film and doesn’t seem forced.

As we had speculated earlier this year with the release of the film’s trailers, Thor: Ragnarok definitely lightened the tone of the series. After the huge success of both of Marvel’s Guardians of the Galaxy movies, it’s no surprise that they wanted to tweak the formula for one of the company’s duller heroes. Just like with Guardians, there’s more situational comedy and it works pretty well. Early on, when talking to Surtur, Thor is dangling from chains that slowly rotate. He interrupts Surtur’s rant when he spins far enough to where he’s not facing him and then allows Surtur to continue when he gets back around. It’s a minor moment early in the film but it does well to establish the tone right off the bat.

While Ragnarok definitely lets you have more fun this time around, the best thing about the film is its characters. Other than Hemsworth, who really steps up his game, and Hiddleston, the characters in the previous films were mostly bland. Here, characters new and old feel more fleshed out and important to the overall story. As always, Tom Hiddleston is great as seemingly Marvel’s only real attempt at the on-again/off-again villain, Loki. Cate Blanchett as Hela is also really good and is far more memorable than nearly every other Marvel villain introduced. Tessa Thompson is pretty awesome as Valkyrie and proves to be an integral piece of the story. Some of the best characters, though, are the comic relief. Jeff Goldblum’s Grandmaster is typical Jeff Goldblum and even the director, Taika Waititi, gets in some amusing moments as Korg, the Kronan warrior. 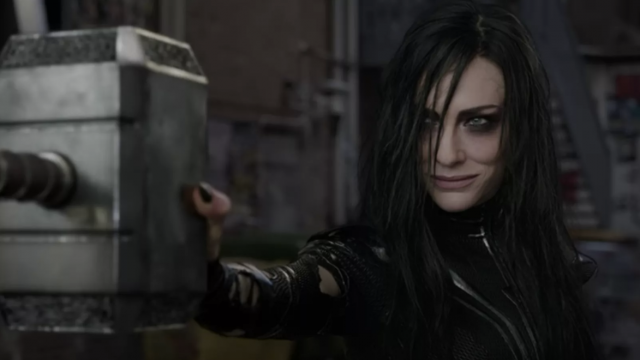 While Marvel significantly upgraded its cast and corrected some of the mistakes from previous films, there are still some issues. For starters, you can definitely tell that Ragnarok is trying to be like Guardians of the Galaxy. As previously mentioned, it works but feels a bit uninspired. That being said, it’s a better direction than, say, the first Thor movie. The series still doesn’t seem to have its own identity though. Perhaps the biggest issue, though, is in its storytelling. There are so many instances of naked exposition in this film. Anthony Hopkins as Odin is a human representation of it. His character only exists to explain the upcoming plot. The same can be said for Surtur. Simply put, this type of storytelling is nothing but lazy. The Thor films tend to have this problem due to some dense mythology but it’s still no excuse.

Though it’s not perfect, Thor: Ragnarok is easily the best film of the trilogy. It corrects some of the missteps by its predecessors and finally gives the character a little more pep. It’s no surprise that Marvel took a different approach with this film. It also feels more plausible for these characters to exist in the same world as the Guardians of the Galaxy. The eventual mashup of the entire Marvel Cinematic Universe is set for next year’s Avengers: Infinity War. This feels like the logical step in the MCU as we reach the giant climax. Ultimately, Thor: Ragnarok continues the streak of solid Marvel films while leading into something bigger while also splashing some color onto a character that consistently flirted with banality.