While established action franchises like Mission: Impossible and Fast & Furious continue to pump out high numbered sequels while raking in a lot of cash, there’s also been the emergence of a different kind of action flick in recent memory. Elsewhere in Hollywood, big, bombastic action sequences are replaced with smaller and more intimate brawls with rugged fight choreography and heightened brutality. In the vein of films like John Wick and Atomic Blonde comes Ilya Naishuller’s sophomore ass-kicking extravaganza, Nobody.

Nobody is actually Naishuller’s first feature since 2015’s underrated Hardcore Henry. While not quite as bold as the first-person shooter approach that that film employed, Naishuller’s newest effort takes on a more traditional style while embracing a recent tried and true formula for lower budget action films. For this go-round, Naishuller also has an established talent penning the script as well. Screenwriter Derek Kolstad is actually responsible for creating the John Wick franchise along with receiving writing credits on every installment. Perhaps unsurprisingly, the combination of Naishuller and Kolstad is perfect for this type of film and, based on both men’s previous work, most people should go into Nobody knowing exactly what to expect.

The film centers on unassuming everyman, Hutch Mansell (Bob Odenkirk), who hits a rough patch in his life. Following a robbery at his own home where he allows the intruders to make off some of his family’s valuables, the event immediately starts eating away at Hutch. He’s viewed in a less-than-favorable light by his wife, Becca (Connie Nielsen), and son, Blake (Gage Munroe), while still being somewhat idolized by his daughter, Abby (Paisley Cadorath). This pushes Hutch to track down the robbers after it’s discovered that Abby’s kitty-cat bracelet has gone missing. From here, Hutch returns to a life he had long left behind as he ditches his weak persona to inflict pain and punishment on the unfortunate thugs who cross paths with him. After a specific encounter with a group of Russian mobsters on a bus, Hutch attracts the attention of drug lord Yulian Kuznetsov (Aleksey Serebryakov) who becomes hellbent on making him pay. 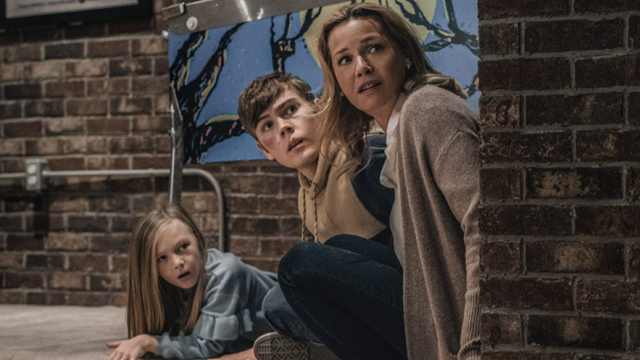 From the very start of the film, the John Wick comparisons are obvious. A man who’s gone legit has his quiet life interrupted when someone targets his family. In turn, this causes said man to engage in a blood feud with a mobster. This is a bit of a doubled edged sword as fans of the aforementioned action films like John Wick, Hardcore Henry, and Atomic Blonde are sure to embrace Nobody as well. However, many viewers will also find themselves noticing the multitude of similarities as well. It’s safe to wonder what exactly the motivation to make this film was given the similarities to its contemporaries.

That being said, that may be something of an unfair assessment because Nobody is actually very, very good. It doesn’t necessarily feel like a ripoff of the other films. It’s more of a continuation or offshoot of them. There’s something more rugged and raw about Nobody as its action isn’t stylized or over-the-top as is the case with something like the John Wick franchise. There’s even a little more focus on story and characters instead of constant fighting and murder. In this respect, Nobody is maybe a little closer to something like Chan-wook Park’s iconic Korean revenge film, Oldboy, than some of the previously mentioned titles. There’s nothing clean, polished, or choreographed about the action in this film. Every scene feels like a legitimate fight and the characters, especially Hutch, take an absolute beating throughout the entire film. Yet, somehow he always comes back for more. 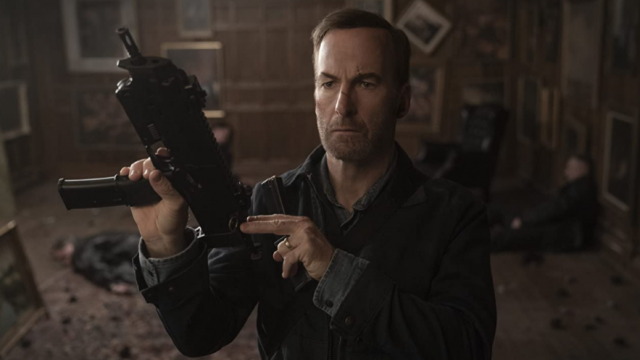 Speaking of which, Bob Odenkirk is fantastic in the lead role as Hutch. Ever since his turn as sheisty lawyer-for-hire Saul Goodman in Breaking Bad, Odenkirk has become a favorite of seemingly everyone. With the impending final season of Breaking Bad spin-off, Better Call Saul, on the way, it seems apparent that Odenkirk should be receiving more starring roles in feature films. If nothing else, Nobody was a great start. While his performance as Hutch doesn’t rival that of Saul/Jimmy McGill, Odenkirk brings all the charm and likability of everyone’s favorite criminal lawyer without feeling like a one trick pony. Everyone else in the film does a solid job as well but two of the biggest standouts are Christopher Lloyd as Hutch’s nursing home ridden father, David, and Wu Tang Clan’s RZA whose character mysteriously consults with Hutch via an old radio while in hiding. Lloyd especially is a pleasure to see outside of his comfort zone. Of course, this will remain spoiler free but the true reveal of Lloyd’s David may be the highlight of the film in general. There’s just something so amazing about seeing Doc Brown from Back to the Future react in the manner that he does in this film.

Even though Nobody can be compared to other recent action films, most notably John Wick, that doesn’t mean that it’s unable to stand on its own. As stated earlier, the film is still very, very good and anyone who’s a fan of Bob Odenkirk or the action genre should definitely make it a point to see Nobody. The more rough-and-tumble style of the fight sequences along with the sheer brutality at times makes for a fun and thrilling watch. After showing off his comedic skills in Breaking Bad and later his dramatic ones in Better Call Saul, Odenkirk proves that he’s also not someone to mess with as Hutch Mansell here. Although this role won’t be a career definer in the way of Saul/Jimmy, Odenkirk continues to get better with age as a more polished and versatile actor. With Nobody, he proves himself yet again as a surprisingly bad ass action star. The film itself may not be the best work of his career but it’s still a very enjoyable experience and worth a trip to the theater.