Last year, we reviewed the debut film from Sri Lankan filmmaker, Fazeel, entitled Trapped. Centered on a young man caught in an endless drug-fueled haze, Trapped was an impressive short that looked professional despite being made by a skeleton crew. With only some slight pacing and editing issues, Trapped was a very solid debut from Fazeel and company that also showed off some unique storytelling. Most of the things we said about that film can also be applied to the newest effort from the filmmaker. Fazeel’s New Dawn is a wonderfully shot and acted short film with a touching story hidden beneath its mystery/thriller façade.

Split into four chapters, the film follows two men whose lives unintentionally cross paths. On one side, an unemployed graduate (Viknesh) on his way home starts to feel as if maybe someone is stalking him. Then, on the other, there’s a homeless man (Dhanusand) who takes notice of the graduate walking by with a torn shoe. While the two men are obviously at different points in their lives, perhaps there’s really not that much separating the two of them after all.

To avoid any major spoilers, we’ll keep the plot outline short and sweet since the revelatory nature of New Dawn is probably its biggest appeal. As previously mentioned, the film initially feels like your typical thriller. Thankfully though, there’s more to it than that. On the surface, the film could be looked at for its class and social issues but it’s not really about that either. New Dawn is about people and how they can come together to help those in need. Again, we won’t go into detail here as viewers should definitely go in blind to experience the positive message engrained in the film. 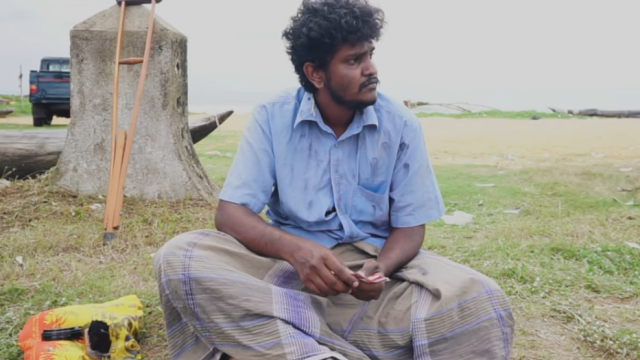 As was the case with Trapped, there’s very little dialogue to relay the story of New Dawn. The acting is really what makes Fazeel’s short films. Both lead actors, Viknesh and Dhanushand, do an excellent job in their roles while coming off as believable and sympathetic. Anyone who’s graduated from college but has yet to nab a job in their career path can relate to Viknesh’s unemployed graduate. Living the life of a supposed “young professional” isn’t always as glamorous as one may imagine. This is obviously evidenced here by the character’s torn shoe. Conversely, Dhanushand’s homeless man is probably showered more with pity than genuine sympathy. Yet, through facial expressions, music, and, of course, character actions, New Dawn urges its audience to look at people in a different light. It wants viewers to see them as people and not just a product of their environment, situation, or class. In a world this cold, New Dawn‘s positive message is a welcome lesson in caring and human kindness.

The cast of the film isn’t the only thing praiseworthy as the camerawork and cinematography stand out as well. Fazeel’s previous film was shot entirely on a cell phone and looked fantastic. Fazeel is never afraid to move the camera or exhaust any potential shots or angles. It’s no surprise, then, that the same can be said of New Dawn. Given the use of more locations, this film feels much bigger in scope than its predecessor, Trapped. There are a lot more sweeping camera shots with more room to explore and interact with. With cars and people often passing by and a good portion of the film taking place on a house-lined street, the film gives off a real world feel which helps to further hammer its message home. Every shot is crisp and clear while not losing focus of the subject onscreen. Basically, if you enjoyed the look and feel of Trapped, you certainly won’t be disappointed with Fazeel’s work on New Dawn. 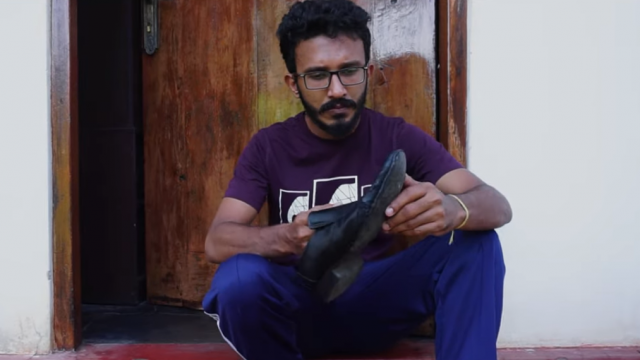 However, there are some minor hiccups throughout the film with most stemming from its soundtrack. No, the music from Stephan is just fine and fits the tone of New Dawn but the sound editing and mixing leaves something to be desired. There are a number of very sudden volume changes over the course of the film that stand out much more than they should. While the majority of New Dawn feels professionally done, this is the one instance that feels more amateur. These jumps in volume will immediately take viewers out of the world of the film and confound as much as they annoy. Even though something like this isn’t a backbreaking issue, it does somewhat detract from the overall product put onscreen.

Luckily though, this is a problem that a film like New Dawn can overcome. Once again, its human story and positive message should resonate with any viewer regardless of any shortcomings the film may have. A film like this boasts the power of the visual medium as it can make people feel something with very little dialogue or explanation. The film transcends race, religion, creed, and culture by telling a very simple tale of people helping one another without reason or agenda. Despite not being perfect, Fazeel’s New Dawn is a quality piece of short filmmaking that everyone can appreciate and respect based on its meaning alone.