Unlike most years, October 2016 has been pretty limited in terms of new horror films. There were plenty of releases earlier in the year like The Purge: Election Year, The Conjuring 2, and Lights Out but, surprisingly, the Halloween season has been pretty barren. In all fairness, Rings, the long awaited sequel in The Ring franchise was pushed back from its original October 28th release date. With this, only two horror films saw wide releases this October: Rob Zombie’s 31 and Ouija: Origin of Evil.

Writer/director Mike Flanagan has been busy over the past few years with his films Oculus, Before I Wake, and Hush. With Origin of Evil, Flanagan directed and co-wrote the screenplay with Jeff Howard. It’s actually the second film of the Ouija series and is a prequel to the critically slammed 2014 film. Despite being a prequel, it’s not required that you see the original Ouija. This film can easily be followed without any prior knowledge of the series.

A widow named Alice Zander (Elizabeth Reaser) and her two daughters, Lina (Annalise Basso) and Doris (Lulu Wilson), perform seances for customers looking to communicate with deceased loved ones. Lina and Doris perform supernatural stunts while Alice maintains the showmanship. Lina sneaks out of the house one night and plays with a Ouija board with some of her friends. An angry mother catches them and Alice, although upset with Lina, decides to add a Ouija board to their business. Eventually, Doris uses the board alone and is overtaken by an evil spirit.

The plot itself is your typical horror movie fare. It’s not like there haven’t been countless films about demonic possession over the years. However, such is the case with The Conjuring and its sequel, possession can still be done right. As far as Origin of Evil is concerned, it has some pretty good moments. The best thing that the film does is to keep the horror solely with Doris. She becomes the monster. Similarly to The Exorcist, the young girl becomes a physical threat due to the spirit inside. There aren’t multiple supernatural forces haunting the family, just the one vessel of evil. 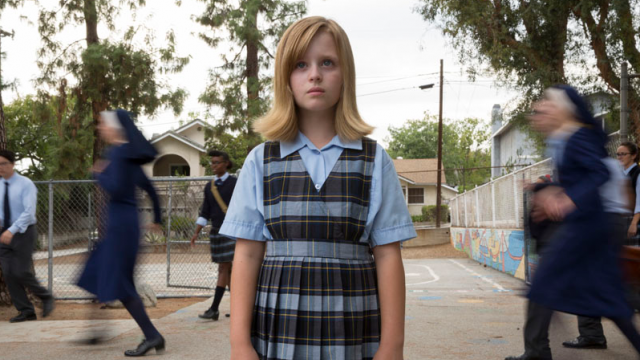 What Flanagan excels at in his films, is making audiences sympathize with his characters. In Oculus, a brother and sister suffer through a family tragedy that you root for them to overcome. In Hush, a deaf woman is being needlessly terrorized by an unknown assailant. Again in Origin of Evil, a traumatized family become the victims of horror. Flanagan’s characters are already weakened going into these events which makes them even more susceptible to the terror they endure. Lina is the most battle tested in this film since she’s the one that notices the evil within Doris whereas Alice believes that her youngest daughter is experiencing newfound powers that they can benefit from.

While Flanagan continues to prove himself as a capable horror writer/director, none of his films have been perfect and that’s also the case with this new one. Oddly enough, the film suffers from some extremely uneven pacing. There are plenty of thrills to keep your attention but it seems like a lot of the scenes were filmed and pieced together later. Alice and Lina seem to go back and forth on Doris’s mental state. Right after she does something to sway them towards believing something’s wrong, the next scene will have them sweep the issue under the metaphorical rug. On a day to day basis within the film, there’s no consistency for the characters’ actions and it becomes distracting by the end. 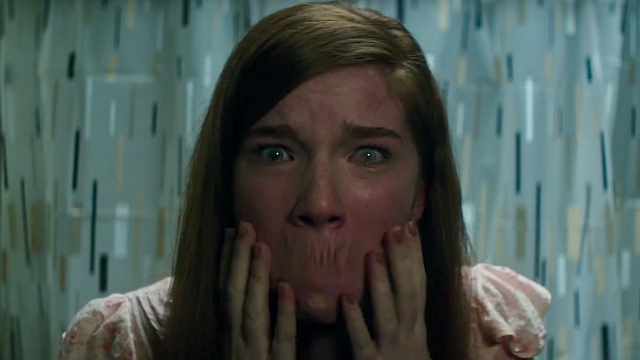 Also, while there are some legitimately jumpy moments, there are other times where loud sound cues and cutaways are used for cheap scares. This is one reason why building an atmosphere is so important in horror. If filmmakers are able to deliver a sinister atmosphere to keep viewers on their toes, then there’s no reason to have jump scares. Unfortunately, Origin of Evil is bland in atmosphere. It’s too polished especially for the 1967 throwback time period they boast during the opening credits. The iffy CGI effects thrown in here and there don’t do the film any favors either. Simply put, when an effect doesn’t look real, it’s easily dismissed.

When you see films like Ouija: Origin of Evil, it’s easy to compare it to The Exorcist immediately. There’s a reason why the latter continues to reign as one of the best horror movies of all time. The practical effects, the simplified story, and the atmosphere are all top notch. It has been 43 years since The Exorcist was released in theaters and the demonic possession sub-genre has still not progressed past what it did best. Ouija: Origin of Evil is not a bad film by any means. It’s an enjoyable watch but it doesn’t necessarily add anything new to horror in general. It’s better than the majority of possession films out there but if you’re looking for some legitimate scares, stick with The Conjuring or the gold standard of demonic possession, The Exorcist.