Right when you think things are looking up for quality cinema here in 2021, audiences are hit with a sobering dose of reality. Last week, we reviewed an excellent horror sequel that finally hit theaters after a lengthy delay due to the COVID-19 pandemic. Joel Krasinski’s A Quiet Place Part II not only met fan expectations but proved that good stories can still get people back into the movie theaters as it raked in over $47 million in its opening weekend and has since exceeded $138 million worldwide against a production budget of around $60 million. This week, we have a similar case as The Conjuring: The Devil Made Me Do It released in theaters and on HBO Max for subscribers following a delay of its own because of the pandemic. Though, this film doesn’t even come close to A Quiet Place Part II or even its own predecessors in terms of high quality horror cinema.

The Conjuring franchise is based on the supposedly true case files from demonologists Ed and Lorraine Warren. Of course, there has since been some debate on the truth or overall impact the Warrens had on some of the cases depicted in the films. Say what you will about the real-life Warrens but both The Conjuring and its direct sequel are fantastic horror films and should be credited with kickstarting the horror renaissance in Hollywood that we’ve discussed so often on this site. That being said, the spin-off “universe,” consisting of the Annabelle films, The Nun, and The Curse of La Llorona, is a far cry from the flagship series. Unfortunately for this new film, Michael Chaves, the director of La Llorona, mans the director’s chair instead of normal Conjuring director James Wan and it shows.

The plot of the film centers around the 1981 “The Devil Made Me Do It” case. Demonologists Ed (Patrick Wilson) and Lorraine Warren (Vera Farmiga) are present for the exorcism of young David Glatzel (Julian Hilliard). During it, things appear to be going sideways as they’re unable to exorcise the boy and Ed suffers a heart attack. As a last resort, David’s sister’s boyfriend, Arne Cheyenne Johnson (Ruairi O’Connor), invites the demon to enter his body to spare David as an ailing Ed watches on. After waking up in the hospital, Ed tells Lorraine about what he saw and the Warrens try to warn the Glatzels of certain tragedy that will occur. Sadly, they’re too late as Arne is arrested for the brutal murder of his landlord. From here, the Warrens investigate the source of Arne’s demonic possession as he becomes the first person to plead not guilty because of such a claim.

Now, in all fairness, The Conjuring: The Devil Made Me Do It is a perfectly fine horror film. It’s your standard genre fare and plenty of fans will probably accept it as is. However, the previous two Conjuring films are so good and a head above so many other generic horror titles out there that it’s painful to see what this flagship series has resorted to with this film. There’s nothing about The Devil Made Me Do It that matches the heights of the first two films and there’s very little that even feels reminiscent of a Conjuring film outside of its two lead actors. Gone are the creepy “haunted house” moments that James Wan so expertly crafted and, along with it, the relatable characters who play victim to the evil that plagues them. The film feels more like one of the spin-offs because of this and even its overly long title makes it feel like a separation from its traditionally numbered predecessors. 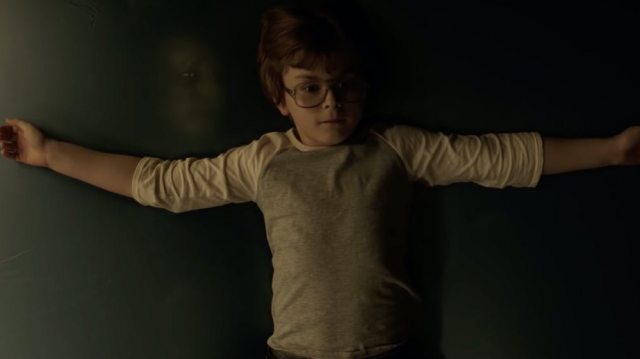 When it comes to characters, The Conjuring has always done a great job. Obviously, Patrick Wilson and Vera Farmiga lead the charge and fall right back into their roles as Ed and Lorraine. If there’s any reason to especially like the film, it’s because of them. Though, the rest of the cast is just there. No one does a poor job but none of the characters are all that memorable either. Remember the Perron family from the first film with veteran actors Ron Livingston and Lili Taylor providing sympathetic and likable characters for the Warrens to bond with? How about all five of their daughters who each made the absolute most of their shared screentime with each other? Even The Conjuring 2, whose Hodgson family isn’t quite as memorable, still featured young Madison Wolfe as the possessed Janet. With The Devil Made Me Do It, there’s really no one for viewers to latch onto in this same way. John Noble as retired priest Father Kastner is a welcome addition even if his role is pretty minor. Ruairi O’Connor as Arne is alright too but so often feels like an afterthought. This is certainly strange given that the whole film should be based around the real-life case.

This brings us to the real problem with The Devil Made Me Do It. The story is simply lost and, ultimately, pretty boring overall. Back in 2017, producer Peter Safran stated that it was unlikely a third film would be another “haunted house” film but why not? The Warrens are noted demonologists. They investigate hauntings and possessions. It seems like the filmmakers tried to stray away from a formula that works but they also didn’t stray far enough to make it original either. What we’re left with is a haunted house film without the house and, therefore, without a real source for horror. The Warrens are led on a wild goose chase sort of reminiscent to The Ring but far less compelling. There’s nothing here for viewers to really sink their teeth into, get involved with, or even care about most of the time. On top of everything, Arne’s case is definitely not the focus of the film as the Warrens meander around looking for clues about what may have happened to him. 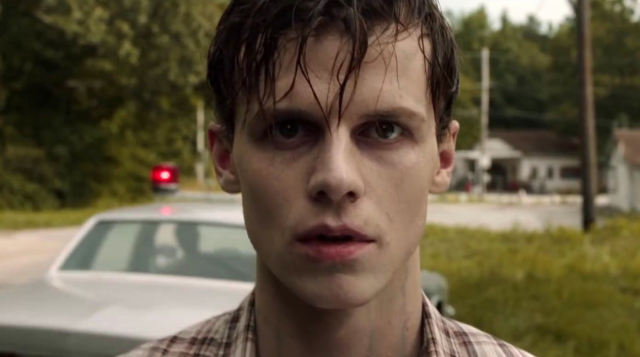 So then, what exactly is The Conjuring: The Devil Made Me Do It? It’s just a standard, run-of-the-mill horror flick that isn’t factual or all that interesting. It takes a high profile case in history and tells a story that really has nothing to do with the real-life events. Instead, James Wan and David Leslie Johnson-McGoldrick’s story is an unreliable fallacy. To market the film as being based on the “true case files of Ed and Lorraine Warren” is just plain wrong as probably 75% of this film is manufactured dreck. In all fairness, The Conjuring 2 was deceiving as the Warrens had very little to do with the Enfield Poltergeist case. However, the majority of events in the film were based on reported activity despite the lack of Warren involvement and the possibility of the haunting being a hoax. That film was based on real documentation whereas the source of Arne’s possession is a complete fabrication and not even an interesting one.

As previously stated, The Conjuring: The Devil Made Me Do It is fine but it’s hard to give it any higher praise than that. Fans of The Conjuring Universe will probably like it enough but there’s no doubt that it’s the worst of the three flagship titles. For those who’ve enjoyed so many of the great horror films to come out in recent years and expect a little more from the genre in 2021, The Devil Made Me Do It is utterly forgettable. It’s not even close to being on par with the first two films. Instead, it feels, unsurprisingly given director Michael Chaves’s involvement, like La Llorona. It’s a film that isn’t offensively bad but one that you’ll never need to watch again. The scares aren’t as effective, the characters are less interesting, and, frankly, it’s just a lesser film with the absence of James Wan in the director’s chair. Whereas A Quiet Place Part II was a film tailor made to be experienced in a movie theater, The Conjuring: The Devil Made Me Do It is one where the biggest theater appeal is the popcorn.

*The Conjuring: The Devil Made Me Do It is currently playing in theaters and streaming on HBO Max for subscribers.*