In the past however many years, high energy action cinema has been all the rage. Ever since the release of John Wick back in 2014 and, hell, even The Raid: Redemption in 2011, more and more films have centered on chaotic action set pieces, hand-to-hand combat, and all the twists, turns, and flips that viewers can handle. John Wick-esque theatrical titles like Atomic Blonde and, most recently, Nobody have employed the “one man/woman army” approach but some of the influence seems to have spilled over in short, independent cinema as well. While Matthew Merritte’s short action flick, Instrument Assassins, isn’t necessarily a John Wick clone, its impressive fight choreography, moral compass, and me-against-the-world mentality is in line with the popular Keanu Reeves-led franchise despite its noticeably low budget.

The film follows an assassin, played by Eric C. Sun, who’s sent to assassinate mayoral candidate Bradley Sanders (Gregg Rizzo) by a team backing his opponent, Rich Whitman (Patrick Heraghty). The head of the assassin organization, played by Koji Nishiyama, is upset by this and wants answers. Upon capturing the unnamed assassin, it seems that he’s unwilling to give any answers. Instead, the assassin escapes his captors and sets his sights on taking them all out while harboring Sanders who now has an obvious target on his back.

As you may be able to tell, the story of Instrument Assassins isn’t anything overly original or groundbreaking. Yet, it’s enough to get the plot moving quickly and shouldn’t be looked at as a negative either. After all, when broken down into the simplest of terms, John Wick exacts his revenge for three films (and counting) over the loss of a dog. When it comes to these types of action films, the plot is mainly used to motivate the characters and Merritte does a good enough job doing that in his film. 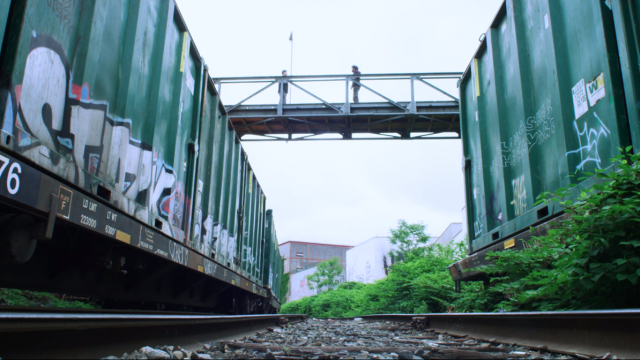 What viewers should be paying attention to in this film is its surprisingly effective fight choreography. Even with its low budget, Merritte does his best to find striking backdrops for the film’s characters to do battle in. The best instance of this is a fight between Sun and a fellow assassin played by Jeremy Gallant which takes place on a bridge over an old train yard. This is the first real fight scene of the film and it sets the bar pretty high for the ones to follow with tight, fast-paced combat mixed with some fun parkour moves from Gallant. The choreography is handled by both Merritte and Kouryou Ngin who do an excellent job alongside the actors even without the comfort of a Hollywood budget. Later fights aren’t quite as exciting due to some less inspired locations but they’re certainly not bad by any means. The fights in general are always the highlights and should always keep viewers anticipating the next.

The characters throughout Instrument Assassins definitely play second fiddle to the action scenes themselves but the cast members are a crucial part to the success. Again, the action scenes are the main appeal of the film and the small cast does a great job with them. However, there isn’t much going on in terms of character separation or development here. The assassins are mostly comprised of unique looking people without the benefit of characterization or backstory. Eric C. Sun’s lead character is just someone to follow through the plot while the group’s political affiliations are not explored whatsoever. The political candidates are probably the most fleshed out characters but, outside of some brief political advertisements, there’s little to latch onto. There does seem to be some kind of story between Gallant and Lauren Biazzo’s characters. Once again though, this is never fully explored and is, instead, left up to interpretation. 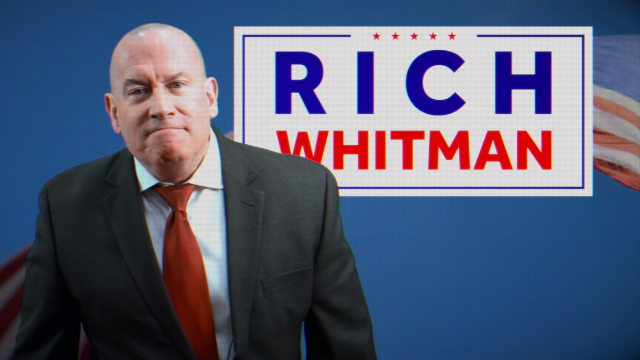 This is still not the biggest issue with Instrument Assassins since that honor goes to the somewhat confusing and overcomplicated aspect of the story being told. Of course, we don’t want to spoil anything but it seems like Merritte takes a very roundabout way to get to the conclusion he’s aiming for in the film. Perhaps one too many betrayals or swerves convolute the ending or maybe it’s just because the story didn’t really need them. Regardless, you’ll likely have to watch the ending more than once to understand what exactly happens. Is it the most confusing ending ever? No, but it seems like extra when there doesn’t need to be any extra. If the film was a little longer, the ideas in the script could maybe be more fully explored but, as is, a consistently straightforward approach is probably easier on the audience.

Even with a lack of compelling characters and some final confusion, Instrument Assassins comes out fine based on the strength of the action. There are also some slight visual inconsistencies and some audio issues that bring the film down slightly but, overall, this is a very quick, fun, and exciting action short. Not an easy genre to tackle in the span of only 23 minutes, writer/director Matthew Merritte does some fantastic things with this film. Along with Kouryou Ngin, Merritte gives viewers a little piece of what he could do with more resources and a bigger budget. As it stands, Instrument Assassins is a flawed film overall but, more importantly, is an entertaining bit of short action cinema. Though low on funding, the film is high in scope and teases the heights of Merritte’s potential in the action  genre.