On this site, we’ve mentioned a few times how 2019 has been ridiculously brutal in terms of movie quality. This is especially true of the horror genre so far this year. The horror renaissance in Hollywood over the past few years maybe spoiled us a bit as 2019 has been scraping the bottom of the barrel up to this point. While films like Us and Pet Sematary were solid, albeit underwhelming, they failed to reach the heights of titles like A Quiet Place and Hereditary. Others such as Escape Room, The Prodigy, and Glass felt like a step back for a genre that finally felt like it was regaining some recognition. Unfortunately, The Curse of La Llorona falls somewhere in the middle as a decently bland horror experience that lacks any semblance of original storytelling.

The film stems from Mexican folklore. La Llorona AKA “The Weeping Woman” is the ghost of a woman who drowned her children and is said to cry while searching for them in the river. Misfortune and even death may follow those who hear her cries. The legend goes that a beautiful young woman named Maria met and fell in love with a wealthy nobleman. The two married and Maria gave birth to two sons. Eventually though, the nobleman began to lose interest in his wife and abandoned his family for a younger woman. In a fit of blind rage, Maria drowned her two sons in the river. After realizing what she had done, she searched for them but ended up perishing herself. Unable to enter the afterlife until she finds her children, Maria, or La Llorona, is cursed to spend eternity looking for them. With such an intriguing legend, the filmmakers had plenty of avenues to explore. Instead though, The Curse of La Llorona is your typical Hollywood horror fare.

The film opens in Mexico in 1673 by hardly following the aforementioned legend. A young boy gives his mother a necklace before seeing her drown his brother in a stream. After, she drowns him as well. The plot then jumps to 1973 Los Angeles. Child Protective Services case worker, widow, and mother of two, Anna Tate-Garcia (Linda Cardellini), is sent to check on another single mother, Patricia Alvarez (Patricia Velasquez), and her two children. Anna discovers Patricia’s children apparently hiding from someone in a locked closet. Ignoring the pleas of Patricia to leave the children in the closet, protective services takes in the children before both are found drowned in a nearby river. Anna goes to the crime scene with her two children, Chris (Roman Christou) and Sam (Jaynee-Lynne Kinchen). Chris hears a woman crying nearby and comes across La Llorona (Marisol Ramirez) who marks him with a burn on his arm. From here, the Tate-Garcia family experience supernatural occurrences that Anna must overcome if she wants to save her family. 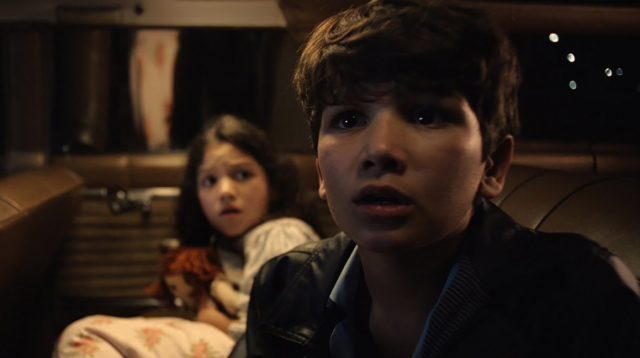 As may be evident by the plot outline, the early part of the film actually has a lot going for it. As a viewer, you’re genuinely invested in Anna as a character and want to know more about her backstory along with her relationship with Patricia Alvarez. In typical horror movie fashion, this is all quickly thrown out the window though. As soon as her son, Chris, meets The Weeping Woman, The Curse of La Llorona becomes your run-of-the-mill horror flick. The family becomes cursed and is haunted by the spirit of La Llorona. Anna seeks help from the church but they appear unwilling to help, etcetera. Basically every haunted house/demonic possession trope imaginable is touched upon in this film. It’s really kind of depressing since the beginning of the film has so much promise.

One thing that The Curse of La Llorona does have going for it is its cast. Linda Cardellini is an extremely underrated talent in general. She has been on shows like Mad Men and Netflix’s Bloodline while carving out solid roles in films like The Founder and the most recent Best Picture winner, Green Book. She also does a great job in the lead role here. While the plot does fall apart, Cardellini’s Anna is the glue that holds the film together. Roman Christou and Jaynee-Lynne Kinchen as her two children are also very good as they truly make you feel for both of them. Raymond Cruz, better known as Tuco Salamanca from AMC’s Breaking Bad, has a much more subdued performance than his role as Tuco and does a convincing job as a former priest. Though, his character does crack some unfunny jokes at an odd time in the film. This is more of a problem with the script than with Cruz though. Even Sean Patrick Thomas crawls out from whichever rock he has been hiding beneath for a cup of coffee in La Llorona. 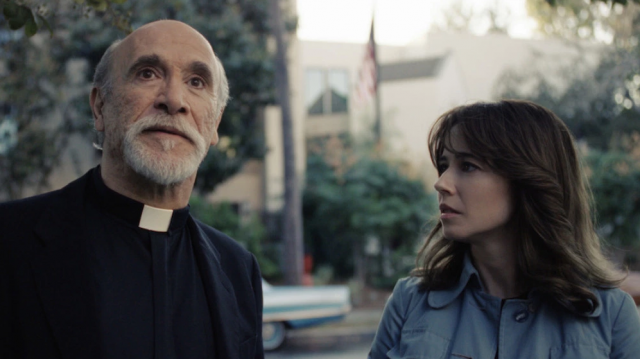 In terms of scares, the film does an alright job. Basically, if you enjoy jump scares, you’ll be right at home. There are certainly a lot of them. There are also some legitimately creepy scenes with the character of La Llorona. Yet, they always seem to be balanced out by the loud, jarring jump scare soon after an eerie build. This has long been a problem in horror as subtlety is almost universally forgotten in the genre. Speaking of which, we won’t spoil the film’s cutesy “twist” but, like the film’s scares, it’s certainly not subtle and feels cheap. The twist kind of comes out of nowhere and isn’t even pertinent to the story. If this is the case, then what’s the point of even including it? It’s an Easter egg that no one asks for or requires to further understand what’s going on in the film.

Depending on the type of horror fan, some may get what they’re looking for out of The Curse of La Llorona but many will not. Again, it all comes back to the overall story. There were so many possibilities and directions that this film could’ve taken but, instead, it went the generic horror route. Overall, it’s kind of like The Conjuring meets The Ring but nowhere near as good as either of those films. The Curse of La Llorona just seems like a film we’ve all seen many times over. It’s not necessarily bad but it leaves a lot to be desired considering its emotionally distressing source material.