In the pre-pandemic world, January was usually considered a dump month in Hollywood. Films with troubled productions, lack of marketing, or ones that were just overall poor quality in general would be released to simply recoup whatever amount of money they could. Sometimes extending a little into February as well, it’s been typical for the beginning of every year to be starved for competent new films. This really hasn’t been the case in early 2021 due to a conscious effort for streaming services to fill the early year void that has gone long unfilled in years past. With impressive films like Pieces of a Woman and One Night in Miami hitting Netflix and Amazon Prime respectively so far this year, HBO Max doesn’t intend to be left out either. With a number of new films from Warner Bros. releasing simultaneously in theaters and on HBO Max, the year’s first is John Lee Hancock’s new crime thriller, The Little Things.

Taking place in 1990, the film follows deputy sheriff Joe “Deke” Deacon (Denzel Washington) who’s sent to Los Angeles to pick up evidence for a case in Kern County. A former detective, Deke is drawn into a case reminiscent of one he investigated years prior. Teaming with up-and-coming lead detective Jimmy Baxter (Rami Malek), Deke resurrects some personal demons and reignites an obsession he thought had been left behind. The two track a brutal serial killer who targets women, mostly prostitutes, and eventually come across Albert Sparma (Jared Leto), a repair store worker who’s enamored with the case. Despite being their lead suspect, whether or not Sparma is actually their killer is something that Deke and Jimmy must ultimately prove.

Let’s start this off by getting the obvious out of the way. For anyone that has ever seen a crime thriller, The Little Things is going to feel very familiar. Frankly, it’s the 2021 version of David Fincher’s Seven. In fact, Hancock wrote the first draft of the screenplay back in 1993 (two years before Seven‘s release) and there have been a number of directors attached to the film over the years, including Clint Eastwood, Warren Beatty, and Danny DeVito, before Hancock himself decided to direct. Many early reviews of the film heavily criticize it for being unoriginal and, again, reminiscent of Fincher’s film and, honestly, the criticism is fair. From its grisly murders, veteran/rookie cop pairing, and sadistic lead villain, you can’t help but think of Seven for most of the film’s runtime. Given the amount of time that Hancock had to tinker with the script to make it more original, it’s quite odd that it ended up as is. 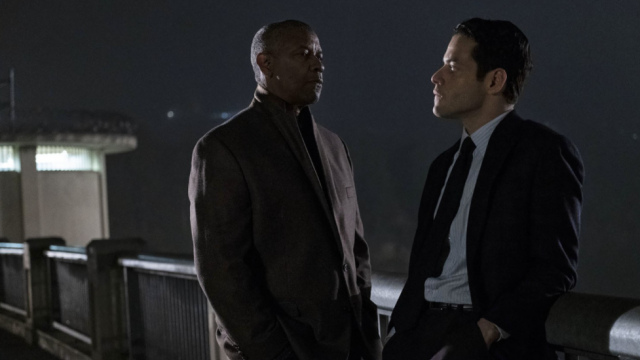 That being said, The Little Things is still a very well made film and does have legs of its own. For starters, the story is still compelling even while being maybe too familiar. There really isn’t a time where viewers should lose interest or not be totally absorbed in the mystery. This really has a lot to do with the characters. Denzel Washington simply doesn’t put in bad performances and is a very capable leading man again in The Little Things. While not his most memorable role obviously, Washington is still a powerhouse even at 66 years old. Rami Malek is another story as he’s something of a mixed bag here. After his Oscar winning turn as Freddie Mercury in Bohemian Rhapsody, Malek delivers a more run-of-the-mill performance here. He’s not particularly bad but sometimes it feels like something is a bit off. However, it’s fellow Oscar winner Jared Leto who’s the true standout of The Little Things. Leto perhaps gives the most eerie performance of his career as the disgustingly creepy and sadistic Albert Sparma. Sparma drives Deke and Jimmy nuts with his mind games and non-confessions and viewers will certainly feel the same. Yes, there’s a bit of Kevin Spacey’s John Doe that seeps through in Leto’s performance but Sparma feels enough like his own character to overlook the comparison.

Technically speaking, The Little Things is excellent. The cinematography from John Schwartzman is very good. With the film taking place in 1990, it doesn’t bask in nostalgia the way that some other recent films have done with their time periods. Yet, it still seems like a stylish and gritty crime throwback like Zodiac or, for the millionth time, Seven. Thomas Newman provides a spine-tingling score to complement the already creepy and intense plot. With his work on films like 1917 and now this, Newman has really upped his game in this part of his already sterling career. Though, there are moments where Newman channels his inner Trent Reznor and Atticus Ross with his somber keyboard pieces. This only further solidifies the previous Fincher similarities as Fincher, Reznor, and Ross have been frequent collaborators as of late. 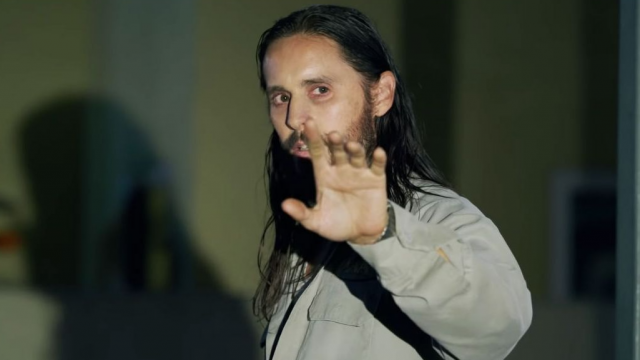 Perhaps unfairly, most viewers’ issue with The Little Things is going to be its lack of originality. Even though it features a tense and engaging plot, solid performances, and a memorable villain, the film is always going to be compared to what came before. With a film like Fincher’s Seven being maybe one of the best crime thrillers of all time, it’s hard for something so similar to not feel like a complete ripoff especially after all this time. Yet, there’s another problem that some may miss while focusing so much on the comparison aspect. There’s something of a lack of character development in The Little Things which really keeps it from reaching full potential. For the most part, these characters don’t really go through significant changes as the film goes on. You understand their motivation but it doesn’t really change who they are. Sure, Malek’s Jimmy goes through the most significant transformation but it’s really thrown in out of nowhere and, frankly, is a bit nonsensical. Washington’s Deke mostly remains the same throughout and is there even a distinct character arc with Jared Leto’s Sparma? He’s just kind of there to do things and move the story.

While the Little Things has been getting kind of blasted by most reviewers for the same things we’ve taken it to task for, this is still a well made film and an interesting one at that. The negativity surrounding the release is understandable but also not completely warranted. If this film came out back in 1993 when it was originally written, people would certainly look back fondly on it. Unfortunately for John Lee Hancock and company, it didn’t though. Regardless, The Little Things still shouldn’t be written off as a poor moviegoing experience and it’s certainly worth a watch for viewers who enjoy a good crime thriller. It may not be the cream of the crop when compared to its peers but it’s much better than most are giving it credit for.

*The Little Things is currently playing in theaters as well as streaming on HBO Max.*