Where do you begin when trying to talk about a film that has some of the fewest redeeming qualities imaginable? It’s difficult to put into words the thoughts and feelings you have about a film in a franchise that has been so horribly misunderstood for the bulk of its run. Alas, Shane Black’s new film, The Predator, has hit theaters and it’s definitely the worst film that Black has directed as well as being the worst entry into the Predator series.

As we covered in our recent State of the Franchise, the Predator films have been pretty hit or miss over the years. Of course, the original 1987 film is an action/horror/science fiction classic. Its sequel is pretty terrible itself but has become a cult classic. From there, we’ve had two Alien vs. Predator titles, the second being a low point in both the Alien and Predator franchises. Finally, the Robert Rodriguez-produced Predators was a return to form as it followed the overall structure of the original film and was a fine action film in its own right. That film was released in 2010 so it took eight long years for The Predator to come to fruition. Director and co-writer Shane Black has had success with films like Kiss Kiss Bang Bang and The Nice Guys so one could expect him to bring his distinct flair to the series.

The Predator begins with an alien ship crash landing on earth while US Army Ranger Sniper Quinn McKenna (Boyd Holbrook) attempts a hostage retrieval. A Predator (Brian A. Prince) begins to wreak havoc by slicing up McKenna’s team but McKenna is able to incapacitate the Predator and steal some of its armor. He mails the armor to a P.O. box before being taken into custody by government agent Will Traeger (Sterling K. Brown). Traeger brings in biologist Casey Bracket (Olivia Munn) to study the creature but wakes and destroys the testing laboratory. After sparing Bracket, the Predator sets off to retrieve its stolen armor from McKenna’s young son, Rory (Jacob Tremblay), who gets his hands on it. Meanwhile, McKenna is being transported along with a handful of other government prisoners. They break free of their captors and set off to find Rory. 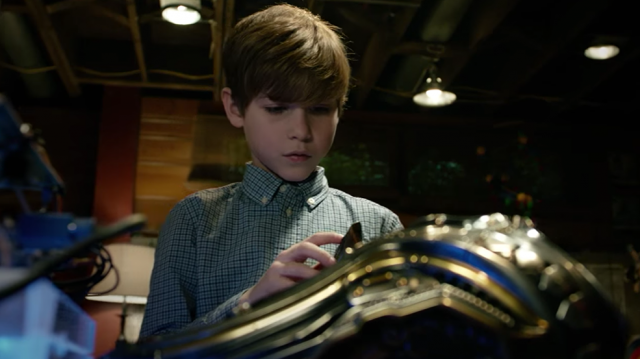 This is usually the part where we talk about the positives about the film. In the case of The Predator, this will be brief. If there’s any positive in the film, it’s that McKenna’s ragtag crew that helps him locate his son is decent. It’s not likely that you’ll remember most of their names but they all have a quirk to them that helps you identify and remember each one. There’s the smooth talking/all around cool guy, Nebraska (Trevante Rhodes), the Tourette’s stricken Baxley (Thomas Jane), and the jokester, Coyle (Keegan-Michael Key), among others. There’s sort of a buddy comedy aspect to the team and they’re at least memorable if nothing else. Even Jake Busey makes an appearance as Sean Keyes, the son of Gary Busey’s Peter Keyes in Predator 2. Though, the younger Busey’s character goes absolutely nowhere.

However, this brings us to our first problem. This isn’t a buddy comedy like the aforementioned Kiss Kiss Bang Bang or The Nice Guys. This is The Predator. Sure, the original film had memorable one liners from its cast but this film gets out of hand quickly. Shane Black himself played Hawkins in the 1987 Predator. His character’s schtick was to tell horrible, but mildly amusing jokes. Unfortunately, Black went all in on this idea and pretty much made every character an extension of Hawkins. They all relentlessly crack jokes and never once does it feel like they’re in any real danger. Black’s understanding of Tourette Syndrome is on par with Eric Cartman’s in South Park. It’s unbelievably sickening and takes away from any of the potential suspense that this film could’ve had. 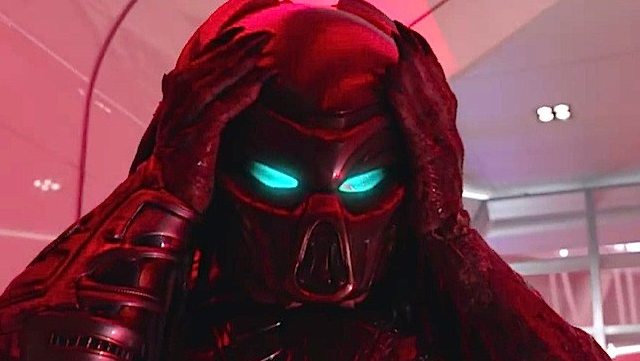 At least with a Predator film you should be able to expect some good action. Well, not this time. The best scene by far is when the Predator breaks out of the lab. It also isn’t by coincidence that this is the most suspenseful scene as well. After this, though, you’re hard-pressed to think of any other scene that isn’t just people shooting guns at the Predator. The action doesn’t get any better once the full CGI Predator comes into play. Even the film’s climax, which unsurprisingly went through extensive reshoots, does little to offer anything of interest. It’s all just your typical big budget action movie schlock. Nothing comes close to the final encounter between Arnold Schwarzenegger’s Dutch and the Predator from the first film.

In all honesty, there’s just nothing else to say. The Predator fails at every conceivable level. The characters are alright at best but after 107 minutes of bland action, boring story, and horribly unfunny jokes, you’ll be pleading for the film’s end. The Predator franchise has had a tumultuous history jumping all over the place, not only in years and planets, but also in overall tone. However, The Predator may be the most basic film that anyone could make including the character. You could take out the Predator and have the villain literally be anything and it wouldn’t change the outcome. Ultimately, The Predator is a film that we most certainly didn’t need and/or ask for. There’s no question that it’s the most disappointing movie of the year up to this point and that’s a feat in and of itself.