Oh, Mr. Fassbender. What happened to you? Why must you continue to sully your good name by appearing in these lackluster films? With his roles in Alien: Covenant, a decent but unspectacular video game adaptation in Assassin’s Creed, and three appearances in a messy X-Men series with another on the way, Fassbender has been taking on some iffy work lately. While he’s a phenomenal actor and usually ups the quality of any film that he’s in, the same can’t be said about his newest film, The Snowman.

The Snowman is an adaptation of a novel of the same name written by Norwegian author Jo Nesbø. The novel is actually the seventh in the acclaimed Harry Hole detective series. Yes, Harry Hole. The film is directed by Swedish director Tomas Alfredson. Alfredson is best known for his subtle 2008 vampire film, Let the Right One In, and 2011’s Tinker Tailor Soldier Spy. Both of which were well received upon release. So, what exactly happened here? Let’s just get this over with, shall we?

The film stars Michael Fassbender as the drunken and troubled, but also brilliant, detective, Harry Hole. Harry and fellow officer, Katrine Bratt (Rebecca Ferguson), investigate a string of brutal murders revolving around snowfall and the creation of mysterious snowmen at each of the crime scenes. The murders point them in the direction of a number of characters but the snowman killer appears to always be one step ahead of them. In addition, the plot flashes back nine years to show Detective Rafto (Val Kilmer) as his story resembles that of Harry’s. Meanwhile, Harry also tries to balance his relationships with his ex-girlfriend Rakel (Charlotte Gainsbourg), who has a new boyfriend, Mathias (Jonas Karlsson), and her son, Oleg (Michael Yates), while obsessing over the case.

If it seems like there’s too much going on with the film’s overall plot, it’s because there is. The meat of the story is, of course, about the snowman killer. The subplots with Rafto and Harry’s personal life feel tacked on and unnecessary every time you’re reminded of them. Once you start to get interested in the murder mystery, the film does well to remind about the other unnecessary “stuff” that’s going on. In saying that, the detective story isn’t all that intriguing either. It’s pretty cliched and its constant twists and turns aim to confuse more than enlighten. 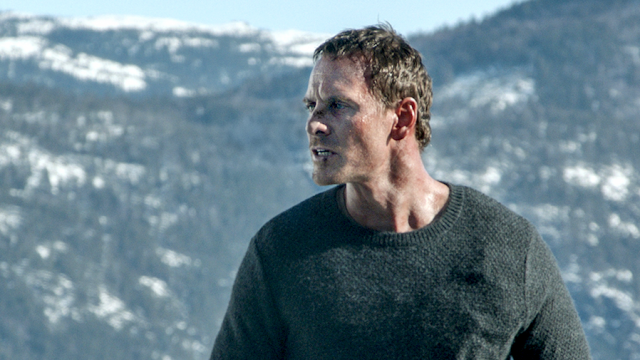 With such a barrage of talent in this film, it’s shocking how none of the actors really stand out. No one turns in a necessarily bad performance but it’s hard to really care about anyone. As awesome as Michael Fassbender has been in films like Hunger, 12 Years a Slave, and Macbeth, he’s as average as can be here. His character isn’t likable and, though he claims to be a drunk, he seems to have more of a problem with narcolepsy than anything. He falls asleep in random places supposedly from drinking but it seems like he barely ever drinks. Rebecca Ferguson is alright but, again, doesn’t especially stick out for any particular reason. J.K. Simmons shows up for a subplot that doesn’t ever go anywhere and Val Kilmer is nearly unrecognizable. His character also isn’t likable and all of his scenes come off as more strange than anything.

Where The Snowman really fails though is in its editing. Good lord, is it bad. It feels like there are constantly missing scenes that simply leave you confused. On top of that, there’s no sense of urgency for any of the characters. As the plot thickens, you’d expect Harry to become more and more consumed with catching the killer. Yet, he takes a break from his work to take Oleg to a concert only to leave about ten seconds after getting there. The whole scene is worthless and does absolutely nothing to further any aspect of the story. None of the scenes feel complete and, because of this, the film kind of makes Harry look like the worst detective ever. Thelma Schoonmaker and Claire Simpson, both Academy Award winners, are credited with editing this film. There’s absolutely no excuse for The Snowman being so shoddily cobbled together like this. 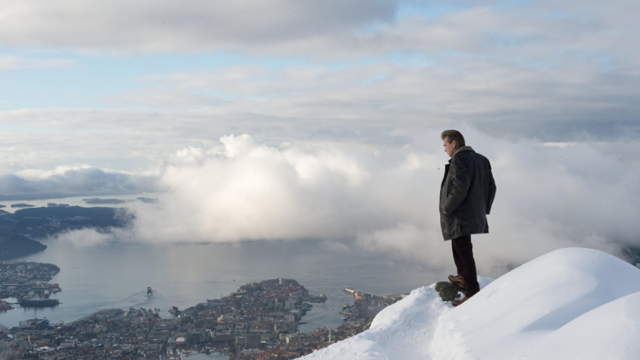 Is there anything good about the film? Sure. It looks nice. There’s some breathtaking cinematography in the film just as there has been in Tomas Alfredson’s previous work. The snowy landscapes of Oslo, Norway give the film a chilliness to match its dark plot. It’s quite reminiscent of this year’s far superior murder-mystery, Wind River, or David Fincher’s The Girl with the Dragon Tattoo. In addition, Marco Beltrami’s score is decent. It’s not as memorable as something like Blade Runner 2049 but it fits the subject matter. Other than that, though, there’s not a whole lot to praise.

Ultimately, The Snowman is straight trash. It’s not overly interesting, it’s difficult to watch due to its poor editing, and there aren’t any relatable characters. It’s unfathomable as to how this movie turned out the way that it did. With a competent director, solid cast, great cinematography, and two award winning editors, the result is simply unacceptable. Even Martin Scorsese is credited as a producer on the film. How? That’s the only word that comes to mind when discussing this film. Don’t bother watching The Snowman as it will be as much of a waste of your time as it was a waste to the people that put their time and effort into making it.