Let’s bring you all back to something we said last week in our State of the Franchise feature on the Underworld series. “Now, with Underworld: Blood Wars coming out this week, it’s safe to wonder where the filmmakers will go with this sequel. It can’t be as bad as Awakening (hopefully) but will it do anything to actually warrant its own existence?” Well, we now have a response and an answer to that question. Underworld: Blood Wars is as bad as Awakening and, no, it doesn’t do anything to warrant its existence.

It’s hard to think of any two consecutive sequels to a franchise that are any more unnecessary than the two most recent Underworld films. The first three installments of the series were decent stylized action movies. They weren’t overly complicated and their screenplays were average (at best) but the quality was brought up by some solid characters, action, and effects. These two newest movies, though, are just a feeble attempt at pumping life into the franchise. All of this is in a day and age where there’s simply too many action franchises that are worlds better than Underworld‘s lifeless dreck.

Blood Wars stars Kate Beckinsale in her fourth go-round as former Death Dealer, Selene. She teams with fellow vampire, David (Theo James) as both vampires and Lycans (werewolves) track Selene. The vampires want justice for the deaths of the vampire elders, Viktor and Markus, while the Lycans, led by Marius (Tobias Menzies), are looking for Selene’s daughter, Eve. The Lycans want Eve’s blood to build an army of vampire-Lycan hybrids. 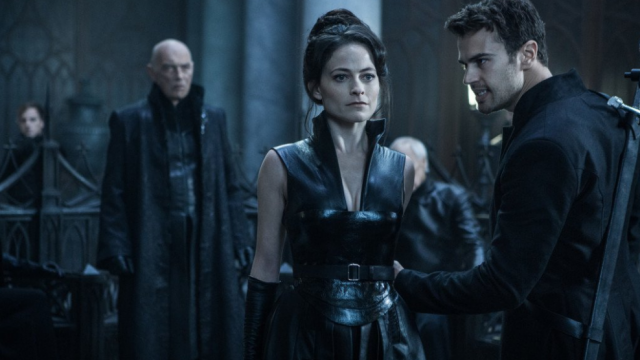 That’s basically the entire plot of the film. There’s a lot of “wanting” going around and not a whole lot of “doing”. The first half of the film is a lot of exposition. Characters speak their intentions and what they hope to accomplish. There’s a plot point about a character being told that he/she is the offspring of one of the original elders. First of all, the elder in question was barely ever seen in any of the films. You’d have to really know them well to even remember his/her existence. Yet, all the information is dropped within about two minutes and proves to be an important event within the story. It’s hard for something like this to mean something when it’s glossed over so ham-handedly that not even fans of the series may know what’s happening.

For those who haven’t seen Underworld: Awakening, here’s a quick spoiler alert. The film ends with Selene and Eve planning on trying to find Michael Corvin (Selene’s lover and Eve’s father) after he escapes from a cryogenic tank. Well, that isn’t the plot of Blood Wars. So, what was the point of making Awakening? In fact, Eve and Michael barely have anything to do with this new film. Eve is mentioned frequently as the Lycans are looking for her despite Selene not knowing where her daughter is. It’s almost as if they intended to make a movie with the events that took place after Awakening but never got around to it. Michael is a total afterthought as he’s only referred to during the cop out of an ending. 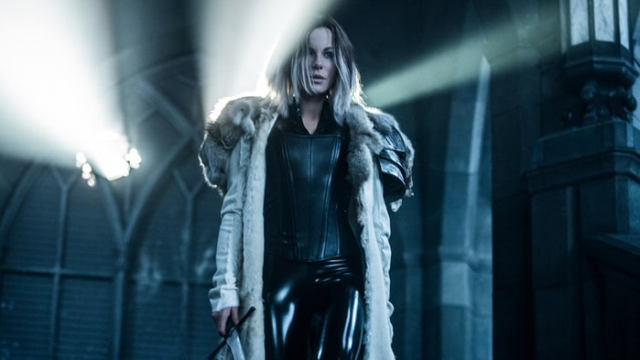 On top of the neglectful plot, there are the inconsistencies. Why, after all this time has passed, do the vampires seek justice for Viktor and Markus from the original two films? At least twelve years have passed since those events. Markus didn’t even have the best interest of the vampires in mind when he was killed by Selene. Also, in Awakening, all of the groups of vampires and Lycans had been reduced to nothing thanks to the purges. Now, all of a sudden, the vampires have a giant castle and mansion that they’re hiding in while the Lycans build an army. What happened to the humans flushing them all out?

It’s hard to even review this film. There are so many moments where you’ll be asking, “Who’s that? What’s going on? Why are they doing this?” Even the gothic scenery and the typical Underworld action sequences can’t save Blood Wars from failing on every other front. These two most recent films prove that this series should’ve ended with the 2009 prequel, Rise of the Lycans.

Ultimately, there’s just nothing to praise about Blood Wars. For a film with “war” in the title, it’s way too boring. This should’ve been the film to end the battle between the vampires and Lycans. Instead, it’s just life support for the franchise. It’s a pathetic way to keep the series going when it has long overstayed its welcome. Bill Nighy, Michael Sheen, and, to an extent, Kate Beckinsale kept Underworld interesting but no more. The original was satisfying when it was released back in 2003. In 2017, Underworld: Blood Wars is simply a pitiful cash grab for a franchise that should’ve died years ago.