When it comes to independent horror films, there’s often a lot left to be desired. Yes, filmmakers do put their all into each of their projects but, for some reason, horror tends to borrow from trends much more than some other genres. Sometimes, though, you come across one that actually tries to do something original and it takes you by surprise. With Hiroshi Katagiri’s film, Gehenna: Where Death Lives, you get just that.

The plot of the film revolves around a group of five people: Paulina (Eva Swan), Tyler (Justin Gordon), Alan (Simon Phillips), Dave (Matthew Edward Hegstrom), and Pepe (Sean Sprawling). They’re in Saipan scouting locations for a potential resort. After coming across a secluded area, they discover a hidden World War II bunker in the location. Instead of contacting someone else to check out the bunker Paulina makes the decision that the group will go through themselves. After discovering a decrepit and decaying, yet living, old man (Doug Jones), the group is trapped in the bunker and must find a way out while also potentially losing their sanity.

The bulk of the advertising campaign behind Gehenna: Where Death Lives was built around the inclusion of Doug Jones. Most recently, Jones starred in Guillermo del Toro’s The Shape of Water. That film won the Academy Award for Best Picture this past March. Jones has been del Toro’s go-to guy for strange characters and he takes one on here as well. Though, for fans of Jones, some may be disappointed as his role is quite limited and he doesn’t have a ton of screen time. Of course, he does a fine job but, if you were expecting him in a starring role, that’s not his purpose in Gehenna. His role is definitely an important one but this isn’t his film by any means. In addition, Lance Henriksen stops by for a brief cup of coffee in the film. His character is pretty insignificant and it’s strange that he wasn’t utilized more. 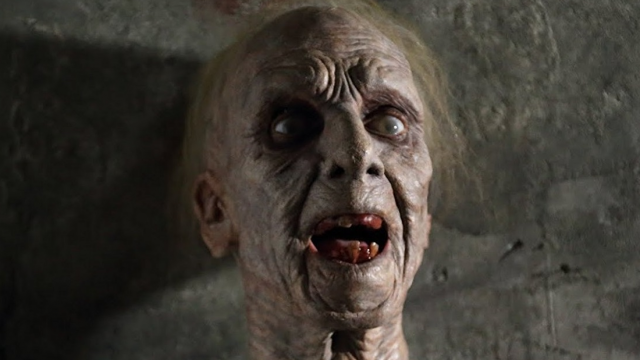 That being said, Gehenna: Where Death Lives doesn’t suffer from the lack of Doug Jones as the rest of the cast is quite good. Just like in Who’s Jenna…?, another independent film we recently gave a positive review for, there’s no weak link as far as the cast is concerned. Paulina and Tyler are the closest the film comes to protagonists. Although, there are redeeming qualities for all of the characters. The lone exception to this is Simon Phillips’ Alan. From the get-go, Phillips does a good job making you dislike his brash and abrasive character. While not necessarily a “weak link,” the character of Pepe is a bit inconsistent. Early on, Sean Sprawling plays Pepe in a comic relief type of role in a film that doesn’t really call for it. Thankfully, that doesn’t last for the entire runtime though.

As far as the plot of the film goes, it’s actually a very intriguing idea. In many instances, indie horror films are quite standard. Specifically, many employ the found footage style made popular by films like The Blair Witch Project. That’s not the case with Gehenna: Where Death Lives. From the eerie opening credits, this movie feels like it’s trying to do something unique. Unfortunately, it’s difficult to explain some of the film’s more interesting ideas without spoilers. Either way, there are some questions left when the final credits roll but, for the most part, the film does a good job of keeping you on your toes and providing a fresh take on the horror genre in a landscape full of pretenders. In an odd way, Gehenna sort of feels like the 1999 remake of House on Haunted Hill for some reason. That film, while a little polarizing, was a lot of fun at times and had some legitimately creepy scenes. The same can be said for Gehenna. 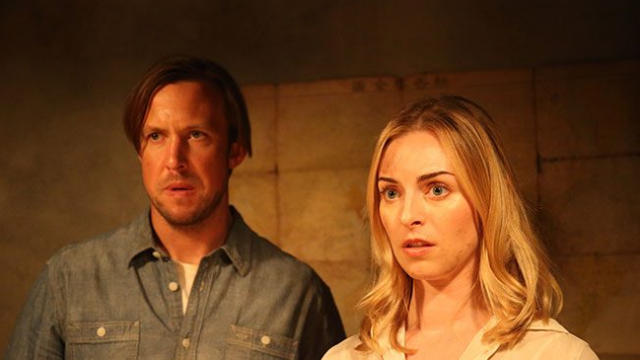 The biggest negative in the film is that it’s just a little too long. If there were things happening that justified its hour and forty-five minute runtime, it wouldn’t be a problem. Basically, it takes too long to get to the meat of the story. In modern cinema, you tend to know what a film is about at around the seventeen minute mark. It’s not until about twenty-two minutes in that you know what the characters are doing. Now, it’s true that you only have to wait an extra five minutes for the story to pick up. However, there’s really nothing that hints at or establishes the hidden bunker before these scenes. In this case, it feels like the film doesn’t actually start until they reach the bunker which makes the first twenty-two minutes feel somewhat obsolete. Once they get there, though, the audience gets brought on quite the ride.

For as tedious as the first act of the movie can be, the other two acts definitely make up for it. When Gehenna: Where Death Lives finally gets going, it’s actually a really good horror flick. It has some good thrills without resorting to the typical false scares that you see in so many horror films these days. Its twist ending is thought-provoking and makes you want to rewatch the film as soon as it ends. The somewhat shoddy advertising of Doug Jones and, to a lesser extent, Lance Henriksen starring in the film isn’t entirely needed. The actual characters you follow throughout the events are interesting enough. Though, it’s understandable why the filmmakers would promote the inclusion of the two name actors. Ultimately, Gehenna: Where Death Lives is an indie horror film worth your time. Although it’s not perfect, it’s still a satisfying experience with some cool ideas at its core.