Technology in the science fiction genre is nothing new. From the very beginning, the question of creation and/or destruction through technology has popped up time and time again. Even in sci-fi films from the 1930’s the background is often littered with machines, gadgets, and gizmos. In more recent memory, and especially since the rise of the internet, the focus has been on computers. Of course, 1999’s The Matrix is the obvious film that comes to mind in this regard as it has solidified its place in popular culture. It has been nearly 20 years since the release of that film and it’s still influencing filmmakers such as Royce Gorsuch with his debut feature, Mad Genius.

The film sees a young computer hacker named Mason AKA Mr. Vix (Chris Mason) as he intends to save mankind by doing the unthinkable: hacking the human brain. Mason’s own mind is a bit of a mess as he has an imaginary friend and confidante named Phin (Scott Mechlowicz). While Mason is more timid and reserved, Phin is cocky and brash at times. Upon meeting with Sun Moon (Gbenga Akinnagbe) the leader of a quasi-hippie/hacker community, Mason discovers that his friend, Nicola (Levy Tran), was murdered by Eden (Faran Tahir). Eden steals Nicola’s headset that allows a person to digitally map the human brain. Eden has a similar idea as Mason except he wants to destroy humanity as opposed to saving it. From here, Mason’s plan is to locate Eden and steal back Nicola’s headset and accomplish his task. 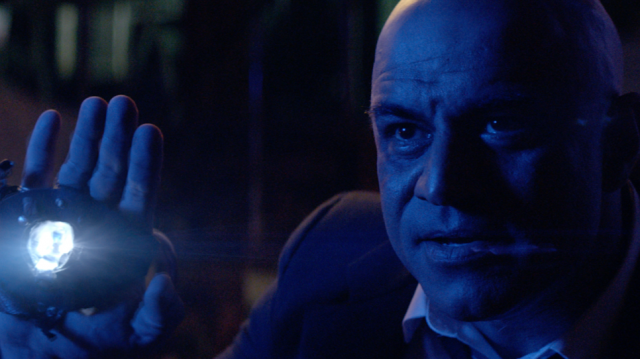 In terms of the plot, Mad Genius is basically The Matrix meets Fight Club meets Mr. Robot. Those three titles are certainly good company to have in this case. In addition, Mad Genius definitely feels like its own entity as well. It doesn’t blatantly copy anything from the aforementioned titles. The closest it gets is probably the relationship between Mason and Phin which we’ll go more in depth on in a second. While its ideas may not be entirely original, the plot will keep you hooked from start to finish. You want to continue watching to see how Mason intends to save humanity while also wanting to learn more about the mysterious Eden.

As for the characters, the cast is pretty solid throughout. Chris Mason in the lead is fine for the most part. Though, he’s a bit of a letdown at times. For someone looking to save humanity, he certainly never seems all-in on doing what’s necessary. That’s where Phin comes in. Scott Mechlowicz does his best Brad Pitt as Tyler Durden impression and he’s surprisingly likable. It was strange seeing him in this film as he seemingly fell off the face of the earth following his role in Eurotrip. He makes the most of the role and provides a nice complement to Mason. Faran Tahir does his best in portraying the villainous Eden but we never get to learn too much about him or understand his crusade. 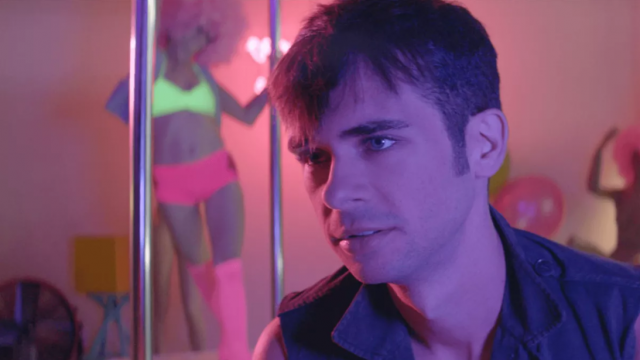 The biggest problem with the film, as you may have gathered, is that it’s full of half measures. The script never gets too preachy or overbearing but, in all honesty, it may actually need something to preach. Mason’s goal is to simply save humanity while Eden’s is to destroy it. Neither person really seems to give a reason why they need to do these things. Phin is stuck in the middle with only the ability to exist as part of his ideals. Spencer Locke shows up now and again as Mason’s gal pal, Sawyer, and talks about creation. The film dabbles with ideas but never fully coaxes you towards either side of the argument. Also, for some reason, Mason’s brain is the key to saving humanity even though he wasn’t the one to create the headset or do anything to accomplish this task.

Essentially, Mad Genius leaves you with far more questions than answers. Sometimes in film, that can be a good thing. Here, you’re expected to take everything at face value and just go along for the ride. That can also be a good thing. However, this is a film that strives for more than that. It needed to take an actual stance and show us why anyone had to toy with this technology in the first place. Yes, there’s definitely the question of what’s real and what Mason perceives throughout. Yet, in a film that wants you to just go along with everything it does, there’s little reason to think that there’s some deeper meaning. The film does enough to keep you interested throughout its brief runtime but, ultimately, Mad Genius falls just short of being a memorable sci-fi experience