Anyone who’s ever been in a relationship knows how difficult a breakup can be. This is especially true if you’re the one being blindsided by it. For some people, they’re rocked to the core and have issues moving on. That is, until someone too good to be true comes along causing them to forget all about their previous significant other. With a comedic twist, writer/director Jeffrey Scott Collins makes this the focus of his debut feature, Poor Greg Drowning, which is currently available to stream on Amazon Prime.

Narrated by Cedric the Entertainer, the film follows a man named Greg (Graham Sibley) whose girlfriend, Ashley (Christine Woods), leaves his for their couples therapist. Due to this, Greg is looking for a new roommate to take on some of his financial burden while he loafs around depressed and unemployed. He receives support from his sister, Julie (Sarah Baldwin), and her bizarre husband, Dan (George Basil), his best friend, Paul (Jeremy Luke), and his offbeat therapist, Dr. Naik (Ajay Mehta) but no one’s able to really lift his spirits. That is, until a young woman named Peyton (Marguerite Insolia) quickly agrees to move into his place. Greg quickly finds himself falling in love with her which may be a cause for concern. 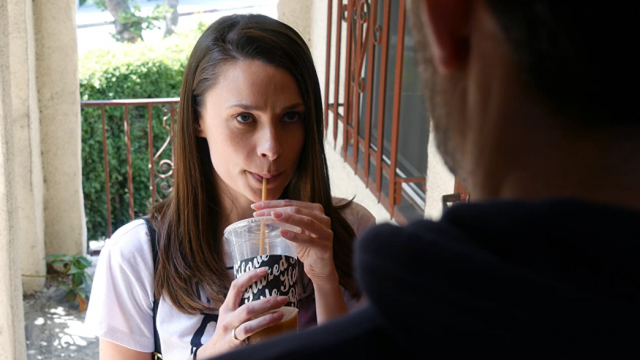 The first thing that should be said about Poor Greg Drowning is that it’s a very fun film and a breeze to watch through. At only 78 minutes, it doesn’t meander or ever get overly complicated. It’s just a charming and brief watch with some good laughs and characters to keep viewers invested. Most of the comedy in the film comes from awkward situations or interactions between the characters. Greg has issues trusting people, especially women, since the betrayal by Ashley so he often lashes out for no reason as is seen in the film’s opening moments. He has a number of outlets for his frustration which are all effective in producing some chuckles. Whether it’s Greg’s failures to keep up with workout instructor Hector (Kevin Daniels), Julie’s attempts to hook him up with her promiscuous friend, Wenona (Deborah S. Craig), or Greg’s hysterical sort of bromance with Dr. Naik, there are a lot of quirky comedic bits that work quite well with the tone of the film.

This has everything to do with Poor Greg Drowning‘s characters. A lot of independent comedies are structured around jokes written in the script but the delivery will be flat or simply unfunny. However, in the case of this film, the cast feels natural in bringing Jeffrey Scott Collins’ script to life. Graham Sibley is great at making such a miserable deadbeat like Greg actually likable. Anyone that has gone through a bad breakup can understand Greg’s current troubles despite his sad attempts at moving on. Marguerite Insolia plays the lovable Peyton perfectly as the woman of Greg’s dreams. Her cool relatability and warm vibe checks all of the boxes for your typical romantic comedy female lead. While both Sibley and Insolia drive the story, it’s the supporting cast that are really the backbone of the film. Without characters like the aforementioned Julie, Dan, Hector, Wenona, or Paul, Poor Greg Drowning is probably a much more forgettable experience. Though, it’s Ajay Mehta as Dr. Naik who gets our vote for the best character in the film. His unprofessional statements and lingo are the absolute highlights of the entire film. 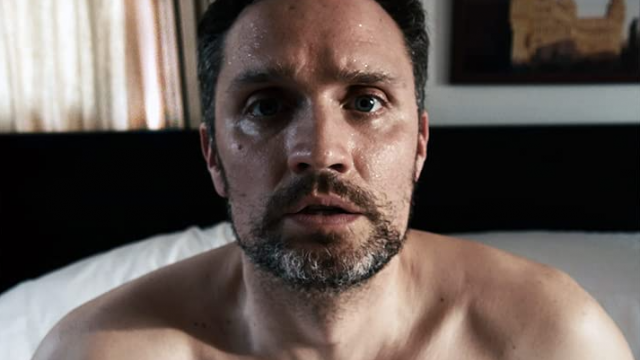 While most of the comedy lands pretty well, there’s definitely some parts that don’t. Specifically, some of the exclamatory comments made by the characters are over-the-top and just not that funny. It’s a nitpick but they definitely stick out as being a bit forced. The other big problem with Poor Greg Drowning is its wildly abrupt ending. Right when it seems like there’s going to be a sudden turn in the story, the film just ends instead of having a definitive resolution. This is one of those rare occurrences where a film is actually too short. The ending isn’t necessarily bad and there’s a bit of a cliffhanger but it does come a little bit out of the blue if you didn’t pay attention to some of the dialogue earlier in the film. With how likable most of these characters are, it would’ve been nice to get a little more payoff at the end than what’s there.

Still, Poor Greg Drowning is a very enjoyable experience. Again, at only 78 minutes, the film is a quick watch and, for the most part, should keep you entertained from start to finish. The characters and lighthearted comedy, even in the face of its suffering main character, maintain a fun overall tone. While some of the jokes may raise an eyebrow or two, there are plenty of moments that are legitimately funny. With Poor Greg Drowning, writer/director Jeffrey Scott Collins puts together a charming and likable little film that most people should be able to enjoy at face value.

*Poor Greg Drowning is currently available for streaming on Amazon Prime for members or for rent or purchase on video-on-demand platforms like Google Play, Vudu, and YouTube. Check out the trailer below.*