Not so long ago, it seemed as if DC Comics was finally turning the corner and beginning to make up some lost ground to Marvel with their films. After some serious misfires in the form of Batman v Superman: Dawn of Justice, Suicide Squad, and Justice League, DC started to simplify and put more focus into one character at a time. Films like Aquaman, Shazam!, and Joker, the latter being nominated for multiple Academy Awards, instilled some faith back into the company and gave hope to a beleaguered fanbase. The film that really started the turnaround for the comic book company, though, was 2017’s Wonder Woman. After the critical and commercial backlash of the early DC Extended Universe films, Wonder Woman felt more like what audiences have come to expect from a good superhero movie. In saying that, it’s no surprise how much hype surrounded the recently released sequel, Wonder Woman 1984. After such a solid first go-round, a second adventure featuring the Amazonian princess was bound to be bigger, more bombastic, and, judging by the 1980’s time period, a lot more fun. Unfortunately though, Wonder Woman 1984 is a bloated, directionless, and poorly written mess of a film that brings back horrifying reminders of what DC was prior to 2017.

Patty Jenkins returns to the director’s chair for WW1984 but also teams up with former Chief Creative Officer of DC Comics Geoff Johns and Dave Callaham to write the film. Now, this is worrisome in itself because, even though Johns is quite a talented comic book writer, it’s safe to say that DC’s film ventures under him left much to be desired. Since Johns stepped down from his executive role in 2018, DC was actually able to get itself back on track. Therefore, it seems odd that the company would turn back to someone who had a hand in tanking their cinematic universe before it even really got going. On a related note, don’t be surprised if this exact same assessment is brought up again about Zack Snyder once his “director’s cut” of Justice League drops on HBO Max in March.

Wonder Woman 1984 sees Diana Prince (Gal Gadot) working at the Smithsonian Institution in Washington, D.C. while secretly fighting crime and helping people under her alias, Wonder Woman. After thwarting a robbery of some black market goods from a jewelry store, the Smithsonian is approached by the FBI (in a scene that doesn’t exist) to identify the stolen items. Luckily, Diana befriends a nerdy, overlooked gemologist, Barbara Minerva (Kristen Wiig), who gets put on the job. Barbara soon discovers the power of the Dreamstone, an ancient artifact that offers one wish to whomever holds it while also taking what’s most dear to that person. Idolizing her new friend, Barbara, of course, wishes to be like Diana which begins her transformation into Wonder Woman’s archrival, Cheetah. Meanwhile, failed businessman Maxwell Lord (Pedro Pascal) intends to acquire the Dreamstone for himself to save his failing oil business. With wishes piling up and things being taken from the Dreamstone’s possessors, Wonder Woman is, once again, counted on to save the world from sure destruction.

We mentioned before how WW84 is a bloated mess of a film but this plot outline doesn’t even do that statement justice. At 151 minutes, there’s just so much going on but nothing really ever being accomplished during that time. For a large chunk of the runtime, there really isn’t much Wonder Woman in general. It’s all Diana Prince hanging out at the Smithsonian, having girl’s night with Barbara, and missing her dead World War I boyfriend, Steve Trevor (Chris Pine). That is, until he inexplicably returns and hams it up with her in the 1980’s. Basically, WW84 has the Spider-Man 3/The Amazing Spider-Man 2 syndrome where there’s just so much crammed in here that you can never really become fully invested or even entertained through most of the film. 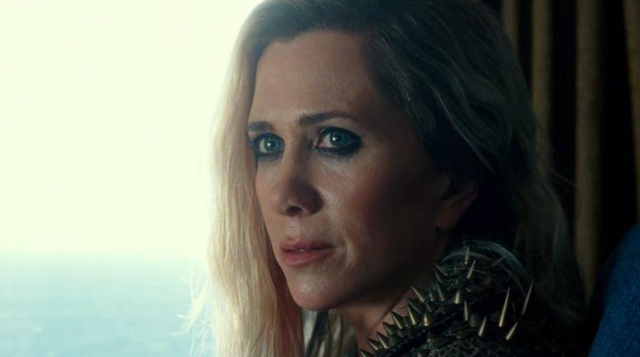 When the film isn’t just meandering about, you’d think that its huge action set pieces would swoop in to save the day. Well, they do… sometimes. However, “uninspired” is a word that comes to mind immediately when discussing the film’s action. There’s a sort of early 2000’s vibe to a lot of the action scenes with a lot of wire work going on. Characters are constantly flying across the screen and there’s nothing that really sticks out like the epic No Man’s Land scene from the first film. Not only did that scene actually have some emotional weight but it also was the first real introduction to the power and drive of Wonder Woman as a character. In WW84, there’s a chase scene in Cairo that’s probably the highlight but, again, it’s a little uninspired. Then, there’s the issue of all the action looking so cartoonish that you’re immediately taken out of a scene because of how juvenile and dopey it looks. One specific instance that comes to mind is when Wonder Woman is running through a city street and the CGI is absolutely abysmal to the point of inducing laughter. With all of the delays that this film suffered, how could these very ugly CGI scenes not be cleaned up to look their best?

The one thing that fans can sort of get invested in is the film’s characters. Gal Gadot returns as Diana/Wonder Woman and is fine for the most part. Gadot does have natural onscreen charisma and her interactions with characters like Barbara Minerva and Steve Trevor are probably some of the film’s most entertaining moments. Though, there’s something about Gadot this time around that just doesn’t have the bravado of her performances in BvS, Wonder Woman, or Justice League. She’s much more vulnerable and, frankly, kind of mopey for a good portion of WW84. When it comes to Kristen Wiig’s Barbara Minerva, she’s a complete joke of a character. This actually has nothing to do with Wiig’s performance and more to do with the film’s script. Going back to The Amazing Spider-Man 2, Barbara has almost the same exact story and character motivation as Jamie Foxx’s Max Dillon AKA Electro. The biggest issue here is that this backstory from Jenkins and Johns has absolutely nothing to do with Barbara, or any other incarnation of Cheetah, from the original comics. Pedro Pascal totally chews the scenery as Max Lord with his often over-the-top performance. Pascal does the best with what he has though. 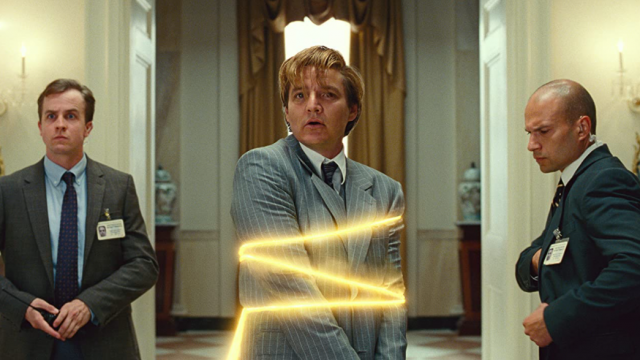 All of the issues with the film really come down, once again, to the lazy storytelling. The failures of Wonder Woman 1984 come down completely on Patty Jenkins and Geoff Johns. Whereas films like Spider-Man 2 and The Dark Knight have built on established characters, provided iconic new villains, and upped the ante from their predecessors, WW84 feels like it’s running through quicksand and sinking fast. The first hour and a half drags by at a snail’s pace without actually building up anything important while the last hour is left to give fans some of the superhero action they’ve been waiting for. However, there are so many moments where nothing is explained and character staples are thrown in just to have them there. Things like Wonder Woman’s invisible jet or her golden armor make appearances but it’s hard to see why. She rides lightning with her golden lasso because, well, it looks cool but is never mentioned again. It’s all just shameless superhero fluff without any of the substance. On top of everything, the 1984 subtitle is completely meaningless. The time period is almost entirely irrelevant and there isn’t even any of the 80’s nostalgia that other titles like Stranger Things or Andy Muschietti’s It spotlighted. Even Marvel films like Guardians of the Galaxy and Thor: Ragnarok have more 80’s flair to them and they’re not even set in that time period.

To be fair, Wonder Woman 1984 isn’t the worst film ever or even DC’s worst output. However, it’s a lackluster follow-up to a very solid superhero flick and, after the success of Todd Phillips’ Joker, WW84 is inexcusable. As originally stated, it’s just such an awful mess of ideas and characters and is executed so poorly. James Wan’s Aquaman was bloated and kind of dumb but it was actually a lot of fun. This film is bloated and dumb without the fun which, as you could imagine, makes for a very lengthy and taxing cinematic experience. Even Hans Zimmer’s score is horribly misguided and just plain bad for most of the film. It could’ve really benefited from a more synth score or, in all honesty, anything that felt remotely 80’s. Surprisingly, it seems like DC is going full steam ahead as a sequel is already in development with Jenkins and Gadot both returning. DC and Wonder Woman fans can only hope that that film is able to erase the stink of Wonder Woman 1984.