Today, it seems like nearly every real-life story has been told in some way. Books, films, television, and various other types of media always look to capitalize on real events. It’s also not often that you encounter something in the horror genre that hasn’t been done to death. Writer/director Carlos Almón Muñoz finds a sweet spot between the two with his feature length independent debut, The Last Witch.

In horror, the topic of witch hunts surprisingly has very few films dedicated to the subject. Of course, there are films like The Blair Witch Project and The Lords of Salem which offer fictional stories of witches. Then, there’s The Crucible, based on a play by Arthur Miller, which lies outside of the genre. As for television shows, there’s not much either. The only one that really comes to mind is Salem which is based on the notorious witch trials during the 17th century.

With The Last Witch, Muñoz focuses on something different. Instead of rehashing the Salem witch trials, the film uses the witch hunt in the Spanish city of Terrassa as its historical influence. In 1615, the area suffered from a poor economy and bad weather which was thought to be caused by witches. Eleven women were accused of witchcraft with only three imprisoned. In 1618, witch hunter Joan Font was asked to seek out the town’s witches. Six women were arrested and tortured. The following year, five of the six women were hung on October 27th. Though, whatever happened to the sixth woman, Joana Toy, is a mystery to this day.

The plot of The Last Witch follows a group of three friends: Mario (Alfonso Romeo), Eduardo (Jorge Gallardo), and Sandra (Paula Pier). The three are filming a documentary about what happened to Joana Toy. Sandra is the ancestor of Joan Font, the witch hunter who made the arrests, and her grandfather also went crazy due to his obsession with Toy. The three seek out Joana Toy’s last known location at an old farmhouse and, later, go on a witch hunt of their own to discover the secret of her escape. 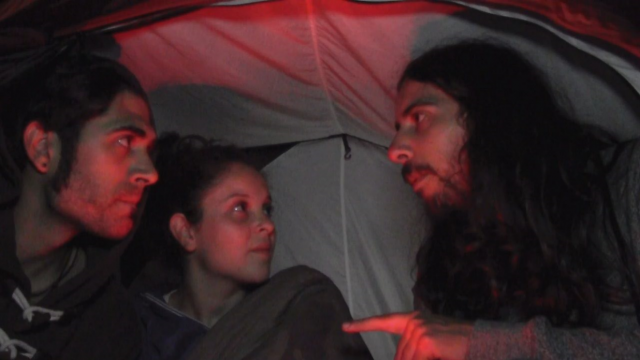 In terms of the film’s story, it’s really intriguing. It’s nice to see something that spins a different type of witch story that not many people have heard before. The idea of connecting one of the main characters to the history (i.e. Sandra being related to a witch hunter) may seem convenient but it’s an interesting wrinkle to the story here. Just how The Blair Witch Project kept you wanting to find out more about the legend of the Blair Witch, this film does the same. Again, given that the Terrassa witch hunts were true historical events, it makes it all the more compelling.

The three main characters are all mostly likable as well. There are moments where you question their actions but, for the most part, they’re believable in their roles. There’s a crucial scene where the three meet at a library to discuss their plan to find Joana Toy’s house. There’s nothing flashy about the scene but it sets up the entire last half of the movie. The actors don’t seem as if they’re acting. They speak seriously and quietly since, after all, they’re at a library. It’s a little detail that helps to make the scene. In contrast, after things start to go awry during their search, they tend to forget about the torment they go through. Eduardo jokingly scares the others even after they discover a dead body a few scenes prior. Things like this take away from the film slightly as it’s not a time to play pranks.

As we’ve discussed many times before, the found footage style isn’t necessarily for everyone. Though, it works relatively well in The Last Witch. This is mainly because the characters don’t constantly record every singly thing that they do. When they’re not discussing the documentary or heading to their destinations, the camera is off. It feels closer to how a normal person would use a video camera in the real world. This is opposed to other found footage films in which viewers basically see the film play out in real time from a first person point of view. There are also times where the camera is handed off to other characters or the camera will be set down to focus on all three characters. Also, viewers also get a bit of a break here and there as “corrupted data” is periodically spliced in between scenes. 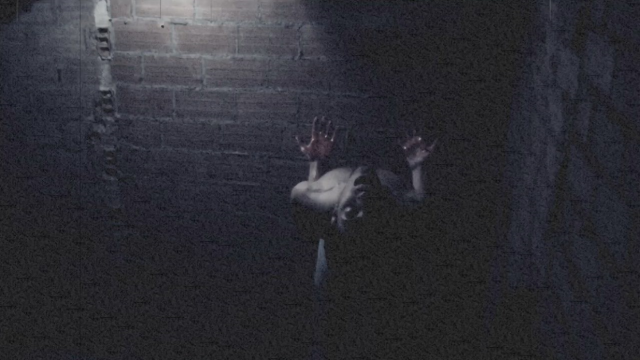 Unfortunately, there are two negative aspects to The Last Witch. The first is the ending. There are some decent scares but everything is too drawn out and disorienting. One character runs away from and into attackers without anything major happening. Meanwhile, the camera shakes all over the place and it’s hard to see much of anything that’s happening. Also, while the idea for the film is interesting, the ending visits familiar territory from many other found footage films. This ties into the other negative. For as much goodwill as the film builds with its interesting history behind the story, it simply ends up feeling somewhat cliched. It makes you wonder what a potential period piece based on the story of Joana Toy could be. Instead, it treads the same path as films like The Blair Witch Project.

Overall, The Last Witch is another solid piece of independent filmmaking. It offers a good story with some fascinating history. On top of that, there are genuinely creepy moments as well as convincing characters. Though, it does suffer from some of the same flaws as other found footage films. It reminds a little too much of other films but that’s also typical of the style. The Last Witch won’t sway you if you’re not into horror or found footage but provides a satisfying experience for fans of the genre.

*The Last Witch is currently available to watch on Amazon Video and the POV Horror channels on both Roku and Amazon Fire TV.*