Over the course of this very strange 2020, we’ve mentioned frequently how now is the time for independent filmmakers to rise to the occasion, try something new, and make a name for themselves. With very few big name films dropping this year, indie cinema has really helped to fill the void and, thankfully, there have been a lot of quality titles for movie lovers to sink their teeth into. While not perfect, Andrew J.D. Robinson’s debut feature, We Are the Missing, keeps this trend going as a fresh, well made, and realistic mockumentary thriller. What’s even better is that Robinson’s film is currently streaming for free on YouTube for everyone to see.

The film plays out like a mostly traditional documentary as it chronicles the strange disappearance of a teenage girl named Riley Madison (Chantel Little). Riley’s parents, Angie (Maissa Houri) and John (Mark Templin) provide the story of Riley’s disappearance via interview with an oft-unseen filmmaker known only as Carter (Eleonora Poutilova). According to the Madisons and Riley’s best friend, Mackenzie Porter (Willow Mcgregor), the young girl appeared to go missing without a trace while leaving all of her belongings behind. Therefore, the Madisons, along with everyone else who’s ever suffered through something of this nature, are left to question whether it’s better to not know what happened to their daughter or to be shocked and appalled by the potentially grisly events surrounding such mystery.

While mockumentaries aren’t really anything new to cinema, it’s not often that they play out so seriously. Films like This is Spinal Tap and Borat aim for laughs while something like Cannibal Holocaust or The Blair Witch Project try to disturb viewers with their realistic approach to unsettling subject matter. Instead, Robinson’s We Are the Missing legitimately feels like a real documentary for almost its whole runtime. The film does provide some thrills through discovery and revelation but never wanders too far into the spectacular. You often find yourself getting wrapped up in the unexplainable details revealed by the interview subjects and possible explanations for Riley’s vanishing act. The film is more reminiscent of something like Stephen Cognetti’s Hell House LLC trilogy with its straightforward documentary style being complemented by some on-the-go analysis and encounters. 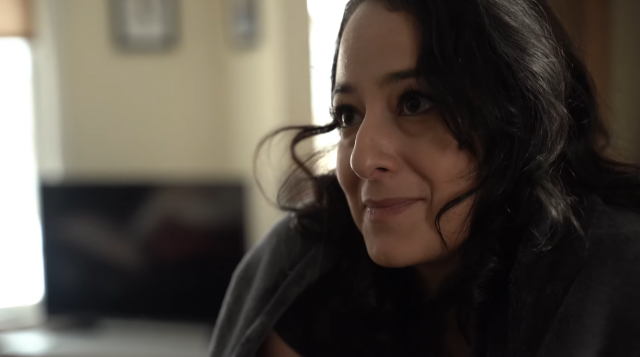 A lot of credit for We Are the Missing‘s effectiveness has to go to its cast. While there aren’t any familiar faces here, the men and women featured do a great job feeling like real people. As the film is quite dialogue heavy with little to reference in terms of cinematic events, the acting never feels too scripted or wordy. The delivery is natural and each of the characters portrayed onscreen feel as if they belong to the particular story being told. For large portions of the film, you’ll kind of forget that We Are the Missing isn’t an actual documentary and that’s probably the highest praise we could give a film like this. This is a testament to Robinson as well for penning an engaging and mostly concise script for his talent to work with.

Another thing to marvel at is the production itself. We Are the Missing was made for only 300 Canadian dollars. According to Robinson himself, most of the budget was for “Uber fare, bus tickets, and catering.” Needless to say, this doesn’t look like a $300 movie. Obviously, modern technology plays a huge part in this as films like Steven Soderbergh’s Unsane was filmed entirely on an iPhone 7 Plus. Regardless though, it’s a tremendous feat to produce a film of this quality on that little money. It also helps lend to the realism of the film where different characters have their own ways of relaying information or communicating with the faux filmmaker, Carter. Professional looking footage is interspersed with photos, phone call recordings, webcams, etc. and all of it is cut together very nicely. Don’t let the film’s low budget fool you as the overall quality is much higher than the final dollar amount may insinuate. 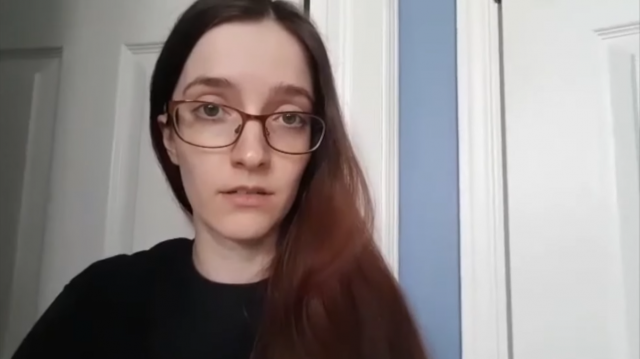 If there’s one thing holding the film back, it’s maybe that there’s a little too much ambiguity throughout the film’s latter half. The story behind Riley’s disappearance is built up very capably as an inexplicable mystery. Yet, it feels like We Are the Missing never really gets passed that idea. It does leave a lot to be explored in a potential continuation or sequel but it seems unlikely that Robinson would go that route based on how this film shakes out. It also seems like the film might have something really important that it’s trying to say but it circles around it instead of just spitting it out. Perhaps the film doesn’t entirely know if it wants to be a compelling mockumentary drama or a pseudo horror flick and gets stuck meandering somewhere in the middle. The ending doesn’t necessarily leave you feeling disappointed but it certainly leaves you wanting.

That being said, We Are the Missing is still an independent marvel given its believability, storytelling, acting, and, of course, its shoestring budget. Andrew J.D. Robinson crafts a very effective story that does stumble here and there as it draws to a close but it’s one that keeps you invested from start to finish. The film may not sate horror buffs but fans of dramatic thrillers should find plenty to like here. This is an example of independent filmmaking done right. It may lack some of the polish that its big budget brethren may have but there’s a level of inspiration, artistry, and determination that’s commendable at the very least. We Are the Missing isn’t likely to blow anyone away but it’s sure to impress fans of profound filmmaking.

*We Are the Missing is available to stream for FREE on YouTube at this location.*