In many of our Indie Film Reviews on this site, relationships and interactions between characters have often been the absolute crux of positive ratings. Films like Blue My Mind and Sacred Heart have been heavy hitters with their excellent performances from their troubled leads. Similarly, West of Sunshine, the debut feature from writer/director Jason Raftopoulos, benefits from this same approach. As an emotionally touching story of a father and son with a rocky relationship at its core, West of Sunshine is a film that many can relate to. Though, it isn’t without minor issues in this regard as well.

The film chronicles the day of a down on his luck man named Jimmy (Damian Hill). His debts have piled up and Banos (Tony Nikolakopoulos), a violent loan shark, intends to collect. Additionally, Jimmy is responsible for watching his son, Alex (Ty Perham), for the day. Throughout the film, you follow Jimmy as he tries to scrounge together money from his job as a courier, betting on horse races, and doing some less than honorable odd jobs on the side. He even tries to borrow it from friends but, ultimately, Jimmy is the one continuously getting in his own way. His rocky relationship with his son doesn’t help matters but, as the deadline for payment nears, things are put into perspective and Jimmy slowly learns what’s most important to him.

Technically speaking, West of Sunshine is a wonderful piece of filmmaking. Shot in Melbourne, the film’s bright, sunbathed look is somewhat odd for a drama. Yet, in this case, it works extremely well. There are touching moments between the father and son duo of Jimmy and Alex interspersed throughout the adversity that Jimmy must frequently overcome. No matter how difficult things may be, life continues. The film is very well edited and there’s never really a lull either. The brief 78 minute runtime probably has much to do with this. However, the film has a short and sweet feel that should leave most viewers satisfied by its end. The score from Lisa Gerrard and James Orr is not to be overlooked either as it’s somber yet uplifting in some of the film’s most powerful scenes. There’s a vulnerability to it that perfectly matches the film’s characters. 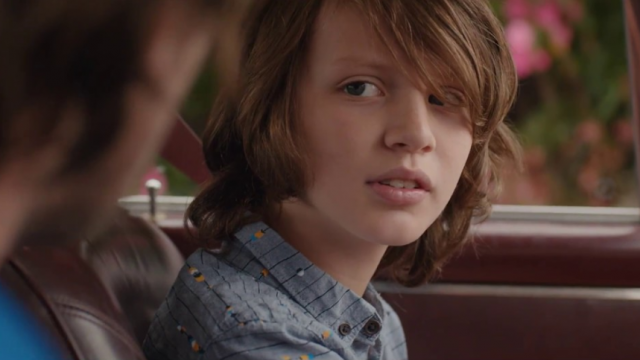 Something that independent cinema seems to do so well at times is fully engross viewers with the actions of its “normal” characters. Often times, indie films follow characters that audiences are meant to relate to on an every day type of level. West of Sunshine does just that. As the film plays out, you see Jimmy having to navigate through his issues in terms of work, family, and the stresses of money. As previously mentioned, though, many of his problems are of his own doing. From an outside perspective, most people probably at least know of someone with this sort of toxic lifestyle. As you watch Jimmy’s ongoing antics, you truly want him to realize the error of his ways and change for the better. Yet, he continuously disappoints not only his son but viewers as well.

Oddly enough, this is also the film’s biggest issue. It’s certainly strange to follow and root for a character who has so many detestable traits. At various points throughout the story, Jimmy does things he’s not supposed to and is somewhat cruel at times. He mistreats Alex, tries to swindle people out of money, and engages in unsavory business throughout the film. While Jimmy’s the character that people are supposed to relate to and root for, it’s hard to fully support him when he goes through bouts of being the most unlikable character in the film. Sometimes it’s easier to side with characters who oppose him than it is to hope for his redemption. 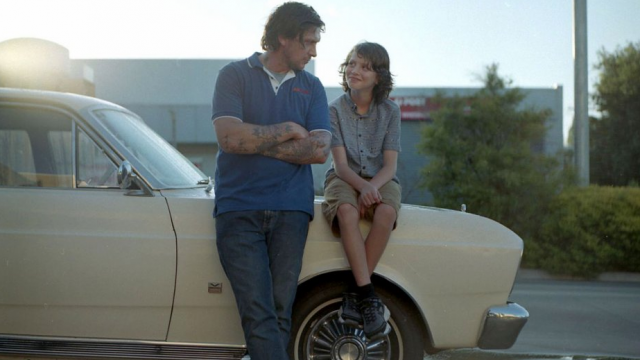 The fact that you do continue to give Jimmy the benefit of the doubt is a testament to a great performance from Damian Hill in the film’s lead. Of course, the rest of the cast does a great job as well. This includes young Ty Perham who’s Hill’s real life stepson. In regards to Hill, no matter how many times you find yourself shaking your head in protest to his troublesome actions, his performance keeps you engaged throughout. In a way, Hill’s Jimmy is reminiscent to Michael Imperioli’s Christopher Moltisanti from The Sopranos. For all the boneheaded mistakes made by both characters, viewers don’t abandon them and continue to hope for atonement. Sadly, Damian Hill passed away on September 22nd, 2018 at the age of 42.

Despite conflicting reactions towards West of Sunshine‘s main character, there’s more to like than not. At its root, the film’s a heartfelt story of a strained relationship that will be all too familiar to some. Jimmy’s inability to take full responsibility for his predicament is maddening and his failure to own up to his faults makes him a controversial character at best. Yet, it’s an undeniably realistic scenario that the film puts him in. He may not learn from his mistakes in the end but, perhaps, that’s not the film’s true intention. It could be looked at as more of a character study. Fueled by a cinematic epitaph from Damian Hill, this makes West of Sunshine an overall success despite its morally questionable moments.

*West of Sunshine is currently available for rent or purchase on video-on-demand platforms such as Amazon Prime.*