Recently, we discussed Netflix’s Altered Carbon Season 2 here on this site. While the first go-round for the show started off with a lot of intrigue with its compelling world and murder mystery plot, the second season seemed to meander and takes a pass on effectively developing its world and characters. However, there’s a diamond in the rough when it comes to Altered Carbon on Netflix in the form of a 74 minute anime film. While Altered Carbon: Resleeved is an unsung title that serves as a bridge between Seasons 1 and 2 of the show, it’s a far superior approach to the subject matter and a fun little piece of sci-fi/action.

As we’ve discussed in past coverage on the Netflix show, Altered Carbon is based on a trilogy of novels by Richard K. Morgan. The show and anime take their name from the first book in the trilogy. While each season of the show has been based on a book, Altered Carbon: Resleeved is a completely original story. It’s directed by Takeru Nakajima and Yoshiyuki Okada and features a crew of well traveled anime veterans. The story takes place between Seasons 1 and 2 but could also feature as a standalone as long as viewers have a knowledge of the source material. The film is dubbed in English so, for the purpose of this review, we’ll spotlight the English voice cast as opposed to the original Japanese one.

Like the books and TV show, Resleeved centers on “the last Envoy” Takeshi Kovacs (Ray Chase). He arrives on the planet Latimer in a new sleeve as muscle-for-hire. He’s hired by Mr. Tanaseda (Doug Stone) to investigate the death of his brother but stumbles upon a young tattoo artist named Holly (Brittany Cox) who’s being hunted by masked samurais. Holly is set to participate in a ceremony in which Yakuza leader Genzo (Jamieson Price) accepts real-death so that his son, Shinji (Kaiji Tang), can take his place. Kovacs protects Holly with the assistance of CTAC soldier, Gena (Elizabeth Maxwell), who harbors some secrets of her own. 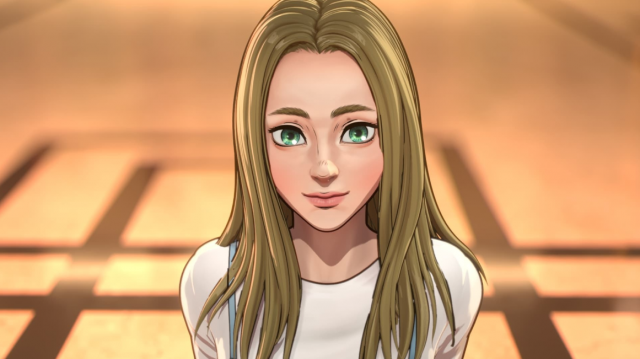 As has been documented in our wrap-ups of both Seasons 1 and 2 of Altered Carbon, the story of the show has been a little lacking. There’s a lot of intrigue but it ultimately doesn’t pay off as we’d have hoped. With Resleeved, the general Altered Carbon formula is taken and slimmed down into a concise 74 minute flick. As per usual, Kovacs is hired to investigate some mysterious wrongdoings and he assembles a motley crew of characters on his way to the truth. There’s a lot less exposition and time wasting in Resleeved and it makes for a much better product overall. Frankly, this is what we’d like to see more of in Altered Carbon. The anime format works perfectly and it feels like you can get away with a lot more than in live action. No, there’s nothing entirely new about the story here but you never feel like the film’s not getting to the point like you do with the show. Everything briskly moves along and entertains you while doing so.

The animation throughout the film is absolutely gorgeous and, again, the style lends itself much better to the source material. As a futuristic action gore-fest, Resleeved actually feels like it has an identity that the show sorely lacks. The film is colorful, stylized, and simply a lot of fun to look at. It’s kind of reminiscent of Richard Linklater’s 2006 Philip K. Dick adaptation, A Scanner Darkly, or Amazon’s Undone TV series. Although, those were both rotoscoped with real actors playing each part, they share an aesthetic quality with this film. Again, the anime style really makes the world of Altered Carbon feel unique and also opens up a ton of possibilities going forward. The stunning detail, fluid animation, and bloody violence all pop off the screen and you’ll find yourself craving more. Season 1 started off with some decent world building but largely abandoned it especially in Season 2. There are no worries about that in Resleeved as the planet of Latimer feels bigger and better than anything the show could possibly offer. This is all in the span of 74 minutes as opposed to a 10 episode season too. 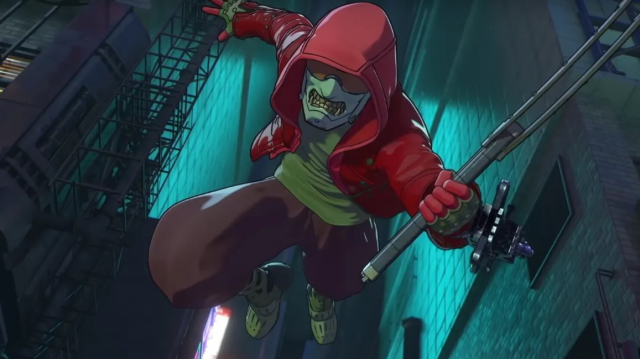 All is not perfect with the film however. Admittedly, the story is pretty standard at this point and not necessarily essential to watch the show. It plays more like a bonus story for fans rather than something that should be a game changer for the franchise. There are some twists and turns in the story but, given the short length of the film, they don’t really go anywhere. If there’s a sequel to this film, they could play into that but, as a standalone, they’re just for fun. The biggest issue with the film is that it isn’t the flagship. That’s not really the film’s fault but it’s still a negative. The anime is what the show wishes it could be but will most likely never be appreciated as such. There’s no reason to watch more seasons of people walking around in nature or on ugly industrial sets when we could be watching them in a vibrant and futuristic neon world where anything is possible. Also, issues like transferring bodies wouldn’t be an issue here as you can use the same voice actor even after changing sleeves for the character.

As it stands, Altered Carbon: Resleeved is kind of like a tease for what could’ve been. Netflix has already had a ton of success with their Castlevania anime show and probably could’ve had the same with this property. Of course, the live action Altered Carbon has its own following as well and isn’t terrible. It’s just uninspired and meanders far too often. However, it also doesn’t feel like it’ll have a ton of staying power in the long run either. With something like Resleeved, the sky is the limit. Animation affords filmmakers to do anything they want and, in this type of futuristic world, this would’ve been ideal. While it’s likely that we’ll see at least one more installment of this anime, Netflix missed a big opportunity to make Altered Carbon: Resleeved even better as its own series.