It’s not every day that you come across a film that has no morally redeeming qualities. Even if a story is centered around awful people, there’s almost always some kind of redemption arc or at least a character that the audience can rally behind and sympathize with. For instance, in a film like Martin Scorsese’s The Wolf of Wall Street, morals are largely thrown out the window but you also never really dislike the characters. Sure, they’re often terrible human beings but there’s still something likable about each of them. In the case of J Blakeson’s new film, I Care a Lot, which recently dropped on Netflix, there’s very little to like about any of the vile, money hungry characters. Though, like a car crash, viewers will be unable to look away from the awful things they do and this is what makes I Care a Lot a bit of an anomaly when it comes to quality cinema.

The film follows Marla Grayson (Rosamund Pike), a deceitful court-appointed legal guardian, who drains money from her elderly wards after forcing them into assisted living homes. Marla manipulates the legal system along with her girlfriend/partner, Fran (Eiza González), her crooked friend in the medical field, Dr. Amos (Alicia Witt), and director of the assisted living facility, Sam Rice (Damian Young). Soon though, Marla lands a potential gold mine with Jennifer Peterson (Dianne Wiest), a woman with supposedly no living family members who Marla feels she can easily exploit. That is, until a mysterious crime lord, Roman Lunyov (Peter Dinklage), aggressively tries to get Jennifer, who may not be who she seems, out of the home as Marla refuses to fulfill his request.

If it wasn’t evident in the introduction, reading the plot summary should hammer the fact home that I Care a Lot is a film full of despicable people. From Marla and her cohorts mercilessly exploiting countless defenseless people solely for monetary gain to the Mafia appearing to forcibly get Jennifer out of assisted living, the film is littered with ruthless individuals. As previously mentioned, it’s truly hard to think of another film where seemingly every character was as scummy as those here. Though, that’s not a bad thing because, perhaps surprisingly, I Care a Lot is a very entertaining and satisfying experience overall. From start to finish, you constantly want to see how the two sides will one up each other in their respective quests to get what they want. As their tactics become more and more depraved, it’s hard to figure out whether Marla or Roman is the more horrible person. 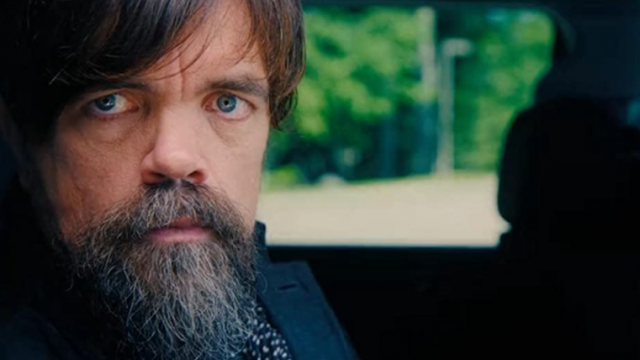 That being said, it’s really the colorful cast of characters that make I Care a Lot another early standout here in 2021. From Eiza González and Dianne Wiest as Fran and Jennifer all the way to less featured characters like Chris Messina’s sheisty lawyer Dean Ericson and Nicholas Logan’s bumbling but loyal Mafioso Alexi are all memorable and fun to watch. Spewing veiled threats and lashing out when need be, they all fit the horrible person motif that firmly defines the film overall. Of course though, it’s Rosamund Pike and Peter Dinklage that are the real stars of I Care a Lot. Pike, who had a breakout performance in 2014’s Gone Girl, gives maybe the performance of her career here as Marla Grayson. Even through all of her deception, manipulation, and heartless maneuvering, Pike’s Marla is still somehow likable enough that you want to see her come out of her situation on top. She may not deserve it but the odds she must overcome are too great to not at least partially root for her. Peter Dinklage may not quite reach the lofty heights of his days as Tyrion Lannister in Game of Thrones but he shows great range as Roman Lunyov and proves he can capably play a sinister villain after being such a fan favorite for so many years.

I Care a Lot isn’t the first film where someone accidentally gets in deep with the mob but it’s certainly original in its approach. It’s unique in that Marla basically sparks a one woman war against them. Even though she doesn’t hold many cards to play against them, she does have all of the leverage by way of the legal system. Roman knows that he can only do so much and even when he uses a more direct and violent approach, he’s thwarted by Marla’s wit and survival instinct. It’s rare in mob films to see two people so evenly matched on opposing sides. Neither Marla nor Roman ever seem to be able to fully get an upper hand on the other but they also won’t rest until they get what they want. Thanks to some strong writing from J Blakeson and fantastic performances, I Care a Lot will keep viewers enthralled until the credits roll. 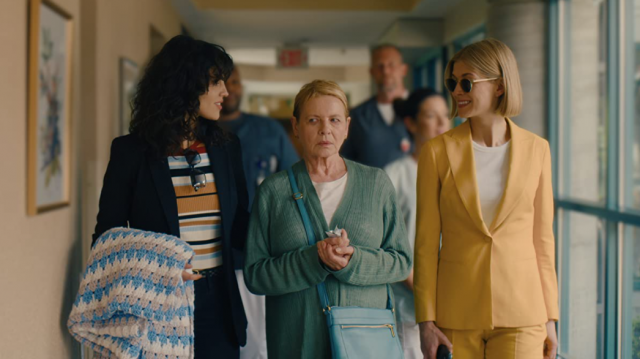 When it comes to problems with the film, it’s really hard to come up with something tangible. Technically speaking, the film looks and sounds wonderful. The visuals are bright and colorful and composer Marc Canham provides an upbeat synth soundtrack. Some of the shady tactics Marla uses to dump her elderly wards into homes may seem and the naiveté of some characters may be a bit farfetched but, then again, maybe not. The real problem that some viewers are going to have with I Care a Lot is its joyless nature and its lack of redeeming qualities or silver linings. As previously mentioned, this is a film about horrible people doing horrible things to one another. If that’s not really your thing, then this film isn’t going to change your mind.

When all’s said and done, J Blakeson’s I Care a Lot is another great film to drop here in 2021. With an excellent cast, including Rosamund Pike at the top of her game, and a compelling story about bad people looking to get rich, I Care a Lot certainly isn’t an uplifting story but it’s still a highly entertaining one. Even though it’s labeled as a dark comedy, it’s more of an intriguing lighthearted drama despite its violence and contemptible nature. However, if redemption, comeuppance, and life lessons aren’t really your thing, I Care a Lot is definitely a film that’s worth a watch. Just don’t expect to feel clean coming out of it.

*I Care a Lot is currently available for streaming on Netflix.*