Here in the 21st century, stories set in the post-apocalyptic world have maybe become a little too familiar at this point. Given the grim state of the world so far this century, and especially after a lost 2020, it’s understandable why post-apocalyptic landscapes are a frequent go-to. From films like A Quiet Place to television shows like The Walking Dead and even video game franchises like the Fallout series, there have been so many properties set in this similar type of world that it’s difficult to maintain a semblance of originality. In the case of Evan Schneider’s short film, Amaranthine, viewers will find themselves invested in a very well made and emotional, yet recognizable, tale that maybe doesn’t do anything entirely new but still shows that there’s life in post-apocalyptic storytelling.

The film follows a man named Caleb, played by Marc Powers who also pens the screenplay, a lone survivor who’s haunted by the memories of his past following an extinction level event. Caleb’s only motivation is to find his wife, Aimee (Jordan Tofalo), who disappeared in the event. While scavenging for supplies, Caleb has a chance encounter with another survivor named Shayleigh (Jen Drummond) who he begrudgingly joins up with. From here, Caleb is faced with the choice to either continue wandering through the wasteland alone or to find some kind of renewed faith in humanity through Shayleigh.

As previously mentioned, the story of Amaranthine is one that should be pretty familiar by now. Yet, that doesn’t mean that it has no merit. Many post-apocalyptic tales revolve around some kind of survivor searching for someone dear to them before meeting others along the way. What Amaranthine does especially well is forgo the typical group approach. Caleb is all alone and the world is a desolate place. In the film’s 22 minutes, there’s not always a lot happening but, in this case, that’s a good thing. It’s not supposed to be like The Walking Dead where the characters are constantly facing off against zombies or other villainous factions. It’s also not like the Fallout games where players battle irradiated creatures and mutants as they traverse the world. In Amaranthine, human life has been mostly wiped out and viewers are left to sympathize with potentially one of humanity’s only survivors. 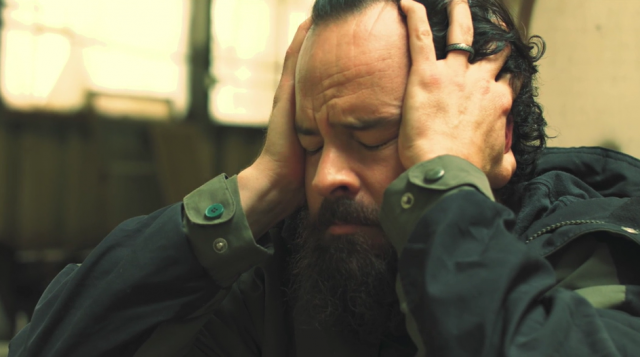 Of course, this means that there’s a very small cast for the film but the performances are quite good. Marc Powers as leading man Caleb does a great job especially with his facials and silent brooding in Amaranthine’s quiet moments. There’s a sort of pain in his eyes and the feeling of isolation and loss seem to follow him wherever he goes. There’s one scene in the film that does get particularly wordy and, given that Powers is also the screenwriter, he recites his dialogue with conviction. Yet, it does feel slightly contrived despite Powers’ solid delivery. Jordan Tofalo and Jen Drummond round out the tiny cast with some effective, albeit brief, scenes as Aimee and Shayleigh respectively that help to further flesh out Caleb’s personal motivation.

The fact that a short film like Amaranthine is reminiscent to other post-apocalyptic titles like A Quiet Place or The Walking Dead serves as a testament to the film’s professional look and feel. The character of Caleb and the locations he comes across could easily be featured in either one of the aforementioned properties or really any other in this science fiction subgenre. Many of the locations also feel like something pulled straight from The Last of Us video game too. Often cited as one of the greatest video games of all time, this certainly isn’t a bad thing. The cinematography from Ben Heald is also a highlight with some smooth editing from Schneider as well. Technically speaking, Amaranthine is a beautiful short film and the small cast and crew should absolutely be proud of all they accomplished here. 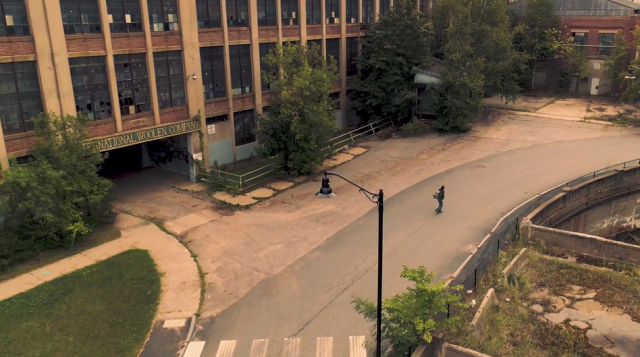 Still though, it’s hard not to become a bit fixated on how familiar of a story Amaranthine is. As a viewer, you’re not really thrown for any loops or blown away by any kind of revelation. The pace and tone is set early and the film never really breaks away from it. There’s also the case of the film either being too short or too long depending on how you look at it. In one way, it feels as if Amaranthine is the beginning of a bigger project yet to come. On the other hand though, it feels like an isolated story that maybe drags on a tad longer than it needs to. The relationship that’s established between Caleb and Shayleigh is interesting but it doesn’t necessarily heat up or really go anywhere. These are definitely nitpicky details but ones that hold the film back from being truly original.

Still, Amaranthine is a very enjoyable and technically impressive short film experience. It’s a bit lacking in originality but is so well made and tells a simple and effective story that any audience should be able to get behind. While the film may not reach the heights of some of the previously mentioned post-apocalyptic titles, it’s not a film that should be cast aside for any shortcomings either. The cast and crew all do a fantastic job and there’s definitely some heart and soul that was put into making this film. Despite not being overly original, Amaranthine is still a quality short film that certainly deserves a watch.