We’ve mentioned a number of times over the past few months that science fiction has been making a serious comeback. For those who may turn their nose up at the genre, no, sci-fi isn’t always about aliens and space exploration. Though, films like Gravity, Interstellar, and Arrival have done some excellent things with those tropes. The type of sci-fi we’re talking about is based on technological advances along with changes within society. Netflix’s new film, The Discovery, sits nicely within these characteristics.

The film is directed by Charlie McDowell from a script written by himself and Justin Lader. In June of last year, the film’s global distribution rights were picked up by Netflix. The Discovery then premiered at the Sundance Film Festival on January 20th, 2017 before its on-demand release for the streaming media giant on March 31st.

In the film, Thomas Harber (Robert Redford) has scientifically proven the existence of an afterlife. Due to the revelation, the country’s suicide rate skyrockets as millions of people end their lives to “get there.” During an interview, a man kills himself in front of Thomas while thanking him for “the discovery.”

On the two year anniversary of the discovery, Thomas’s son, Will (Jason Segel) travels on a ferry to reunite with his estranged father and brother, Toby (Jesse Plemons). On the ferry, he meets a familiar woman named Isla (Rooney Mara). They part ways but, soon after, Will sees her on a beach readying to drown herself. Will saves her and brings her back to his father’s mansion. Thomas establishes a semi-cult following as he invents a machine that can record what the dead see in the afterlife. Eventually, Will and Isla dig further into what the machine records and try to make sense of everything. 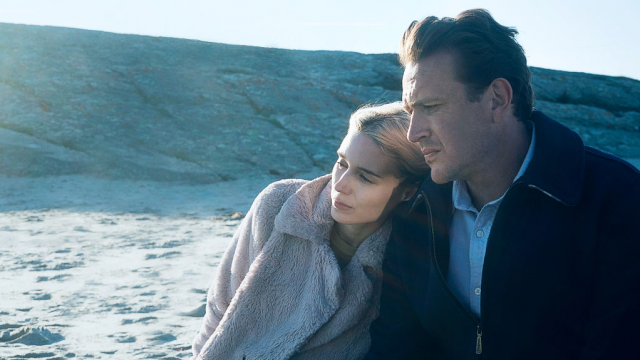 The overall premise of the film is quite unique. Robert Redford is also very convincing as the man who proves the existence of an afterlife. The question of life after death has always been a polarizing one and it’s nice to believe that there’s something more out there. The film is plausible in assuming that the suicide rate would spike if there was scientific proof. It’s a grim outlook on how people view life but there’s a sense of legitimacy to such a claim.

The cinematography and production fits in with the plot as well with its cold, steely blue hue providing bleakness. You will not find cities, traffic, or even a lot of people throughout most of The Discovery. At most, there will usually be one building, vehicle, and/or a small handful of people populating the scenes. The death toll claimed by the film truly makes the world feel empty and small. This was a nice touch by the filmmakers. In a story that affects millions of its inhabitants, it feels like there are only a select few left to carry on.

As for the characters who are left alive in The Discovery, they are as somber as the world is bleak. There isn’t a lot of positive emotion from the characters but it’s not really needed for the story either. Rooney Mara, who’s typically overrated in most films, does a good job here as the emotionally tattered Isla. Jason Segel drops his humorous persona and turns in a decent dramatic performance as well. Robert Redford, though, is the star of the film. Even at 80 years old, he still commands the screen and you buy into all of his claims. As Thomas, he’s dedicated to his work despite the pain his own family has endured because of it. 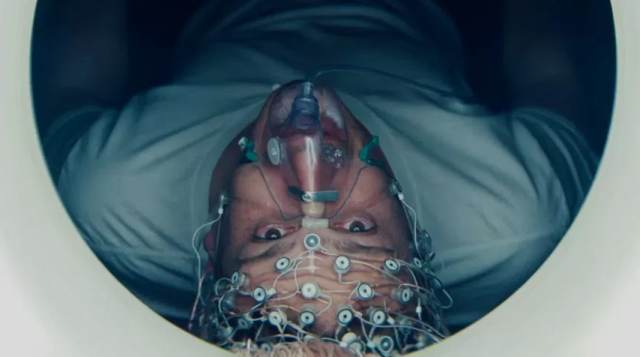 Unfortunately though, the film’s originality sinks a bit about halfway through. While the mystery behind the recorded videos from the machine are intriguing, it starts to feel like The Discovery steals bits and pieces from a bunch of other movies. Also, the budding romance between Will and Isla begins to take more of a front seat. Films like Dark City, Memento, Eternal Sunshine of the Spotless Mind, and Inception all come to mind at various points of The Discovery. It’s not necessarily a bad thing as those are all good films to steal from but, for a film that felt so original to begin with, it’s upsetting that the climax doesn’t have a better payoff.

Ultimately, The Discovery isn’t groundbreaking by any means. Yet, it still provides an entertaining experience. When focusing on real-life questions regarding the afterlife, it can be quite thought-provoking. However, when it begins focusing too much on romance, it loses some of its luster. Regardless, it’s still worth a watch. Netflix continues to prove that they’re committed to putting out quality content even if it’s a bit uninspired at times. If you’re a fan of any of the aforementioned mind-bending films, definitely give The Discovery a watch. It won’t blow anyone away but there’s still plenty to like.