In many cases, independent films tend to have a different type of vibe to them. When referring to “indie” films, we’re not talking about the ones released through distribution companies like Focus Features and A24. We’re talking true indie films that are financed and produced by the filmmakers themselves. Often, these films feature bad acting, look inferior to the standard Hollywood fare, and/or feel emotionally hollow. That’s why it’s such a relief to see a film like Jon Cvack’s Road to the Well that avoids the stigma of the indie term.

The inception of Road to the Well began with two friends and their passion for filmmaking. Cvack and cinematographer Tim Davis fell in love with film with the former focusing on story and the latter on the photography. For the film, the duo was able to raise over $40,000 via a Kickstarter campaign. This total was in addition to almost two prior years of work raising 60% of the film’s budget.

The plot centers on two friends who reconnect during what appears to be a crossroads in their respective lives. Frank (Laurence Fuller) is stuck in mid-level management in a fruitless relationship while Jack (Micah Parker) leaves his life in New York to become a drifter. Frank receives a call from Jack and they meet up. Soon, Frank meets a young woman named Ruby (Rosalie McIntire) at a bar and they slip away for a romp in Frank’s car. Shortly thereafter, they’re attacked by an unknown assailant and Frank wakes up to find Ruby dead in the trunk. From there, Frank and Jack head north to dispose of the body and encounter an interesting cast of characters along the way.

The first thing you’ll notice about Road to the Well is how solid the acting is from the entire cast. Again, it doesn’t feel like an indie film. Specifically, Micah Parker as Jack is fantastic. He has an aura about him that simply commands attention. He’s likable in many scenes yet can also be very intense in others. While Frank’s actions set the plot in motion, it’s the character of Jack that drives this film. Another notable standout is Marshall R. Teague as chaplain Dale Miller. His poignant scenes definitely feel like a turning point in the film. 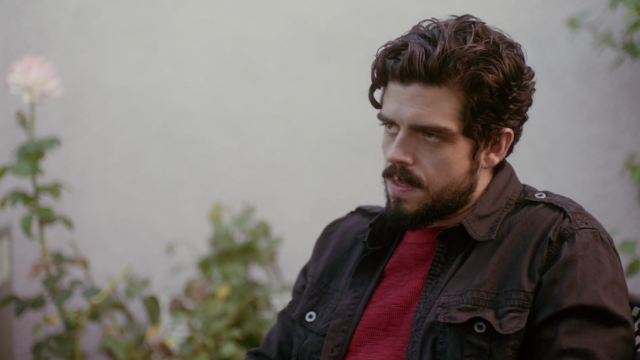 For as grim as the subject matter is, the film is also quite humorous. Though, it’s an extremely dark kind of humor. One scene in particular has the friends discussing whether they should cut the body into pieces and/or stuff it into a suitcase. While the conversation shouldn’t be funny, it’s the way the characters banter that infuse humor into the situation. Without spoiling anything, there’s another scene shortly after in which they decide what to do with the body. It’s such a heinous act but the within the context of the film, it’s hard not to have a laugh.

Road to the Well is technically impressive as well. Conor Jones’s soundtrack is superb. There are a few moments where it seems a tad out of place during scenes. Yet, after it builds up, it flows seamlessly with the action onscreen. Cvack advises that this film be played loud and he’s spot on in that regard. On top of  that, Tim Davis’s cinematography is absolutely beautiful. The film was largely shot in the mountains of Northern California where the Donner Party resorted to cannibalism in the mid 1840’s. During many of the scenes, there’s an eerie, yet alluring, feel and the real life history enhances the subject matter of the film. 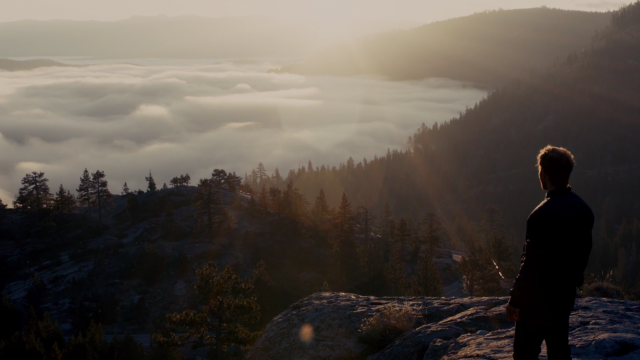 While there are plenty of things to like about this film, it’s also not perfect. Most of the scenes are deliberately paced but there are a few that stick out to be slightly awkward. The two lead characters visit a friend, Chris (Barak Hardley), who’s an important part of the plot. However, the chemistry between the leads and Hardley seems to be lacking. He’s not bad in the film but their scenes together don’t gel like you’d expect them to. Also, the plot is somewhat predictable although it doesn’t necessarily hinder the experience overall.

Ultimately, Road to the Well is an impressive film especially considering the fact that it’s from a first time director. It has already scooped up numerous awards at film festivals and it’s not hard to see why. It’s a true independent film with the polish and dedication of works released through major distributors and production companies. It’s a buddy picture with a grim story, nuanced performances, and excellent technical qualities. If this is what Jon Cvack can do with his first feature, here’s hoping that he has plenty more planned for the future.