As many of us know, issues of equality, acceptance, and understanding continue to be soapbox topics here in 2021. Of course, the Black Lives Matter movement was a huge sticking point last year and the country still remains divided as ever over the most recent presidential election. Today though, we’re going to focus on something less radical with an inspiring story within the LGBT (lesbian, gay, bisexual, transgender) community. For his Oscar entry documentary short film, Draw With Me, filmmaker Constantine Venetopoulos follows a youth’s coming out and their family’s approval and recognition of who they are.

The film centers on young transgender subject, Brendon Scholl, who, to avoid confusion in this review, uses gender neutral pronouns like they, them, and their when referring to oneself. Through interactions with their aunt, Lynda Lopez, as well as interview segments with parents Rob and Leslie Ann, Brendon’s coming out journey is relayed. Despite some initial shock and confusion, the Scholl family embraces Brendon and the changes that have come with their coming out. The film also focuses on Brendon’s art as an escape and creative outlet to cope and further express themself.

In collaboration with The Trevor Project, the 24 hour toll-free suicide prevention hotline, Draw With Me serves as something of a public service announcement in its attempts to raise awareness on LGBT issues. In 2021, it’d be nice to think that things like sexual preference and/or gender would be more widely accepted and understood but the truth is that questioning individuals continue to have problems with coming out, embracing who they are, and sharing their stories with others. With such an accepting and growing community, it’s much more commonplace now than maybe it was years ago but coming out is still a difficult thing for many people to comprehend. A film like Draw With Me instills hope and shows the story of a family who, although still navigating somewhat new territory, creates an environment in which all of its members can feel comfortable and go through this journey together. 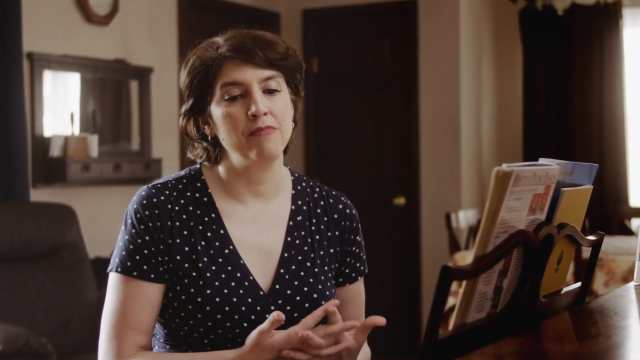 Brendon’s tale is an uplifting one but certainly not without its sadder moments. While we won’t give away the entire story here, Draw With Me comes with some heartache due to family issues and personal struggle but, ultimately, shows light at the end of the tunnel. For anyone that has known someone who’s come out or has watched/read any LGBT related material, these problems won’t be unfamiliar. Yet, writer/director Constantine Venetopoulos keeps the mood lighthearted and focuses on self discovery, familial support, and, perhaps most importantly, personal acceptance when communicating Brendon’s story. Whereas some films on this subject, both narrative and documentary, may focus on the darker side of things, Venetopoulos and his subjects all keep an inspirational tone letting others who are struggling know that they’re not alone.

One thing that’s unique to Draw With Me and also Brendon is in its high profile affiliations. Brendon’s aunt, Lynda, is a journalist and author in New York City whose most recent release was 2020’s AOC: The Fearless Rise and Powerful Resonance of Alexandria Ocasio-Cortez. Their other aunt, and Lynda’s sister, is none other than actress/pop culture icon Jennifer Lopez. J.Lo has long been a supporter of the LGBT community while also being a proponent of the Me Too and Time’s Up movements. For Draw With Me, she gives an introduction to the film and her own personal connection to its subject. Her support also provides a heartwarming moment in the film and shows that there’s no restrictions on who questions of sexuality and gender may affect. 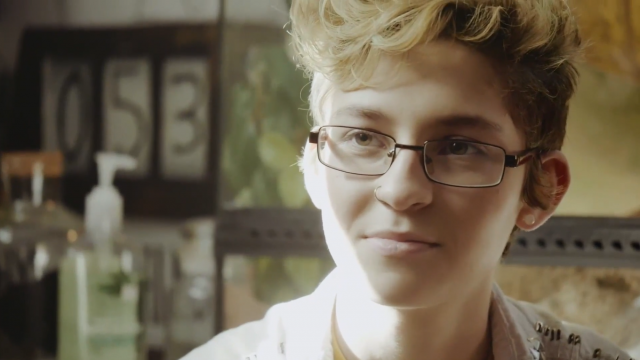 While Draw With Me is a very positive experience from start to finish, there are a few small criticisms with the film. Too often it feels like the film is substituting raising awareness over telling a better story. That’s not to say that Brendon’s story isn’t noteworthy or compelling. It certainly is. However, as previously mentioned, the film often feels more like a PSA than a vehicle to relay a personal story. Because of this, it feels like Brendon’s artwork and its importance in their life sort of takes a backseat as well. Yes, there are a lot of moments where Brendon is drawing or painting but viewers aren’t really able to become familiar with their art or even a specific style. Creative outlets of expression are extremely important for all people and, in some cases, can even save lives. While watching the film, viewers may be able to get a hint of catharsis from Brendon’s art but never really get the full experience.

Despite maybe missing out on an opportunity to show creativity’s ability to help cope and deal with issues in one’s life, Draw With Me should still be considered essential viewing for anyone looking to understand differing sexual or gender preferences. It should certainly be viewed by anyone who may be battling with these things. Constantine Venetopoulos, along with the Scholl and extended Lopez family, put together a personal and touching story that spotlights love and family as a means of navigating through troubled times. Draw With Me provides an emotionally uplifting look at a young person’s coming out journey and their ability to find understanding and acceptance.

*Draw With Me is available now through February 9th via virtual theatrical release at this location.*