As of 2019, the world of podcasting has become something of a phenomenon. There’s a podcast for literally everything that you can imagine. There are ones covering all forms of media, such as film, television, music, video games, and books. There are others focusing on every type of sport imaginable. Then, there’s comedy, politics, cars, family life, etc. Again, if there’s an idea or opinion to be had, there’s a podcast focusing on it. This is the main influence behind Ben Gummery’s new short documentary on the subject, One Voice, One Mic.

Narrated by Gummery, the film focuses on the rise in popularity of podcasting. It begins by showing some of the early heavy hitters in the medium like Joe Rogan and Kevin Smith. The film moves down the ladder from the biggest names all the way to mostly unknown hosts who do shows simply for the love of it. It also discusses whether or not podcasting has become oversaturated with options and how hosts get paid (or not) for their hard work. The overall message of One Voice, One Mic is that if you’re passionate about podcasting, there’s no reason for you to not do one. 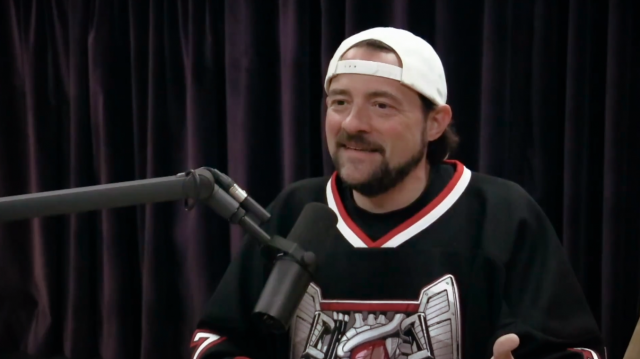 In this regard, the film provides a very upbeat and positive outlook on the medium. Admittedly, One Voice, One Mic makes you want to start a podcast of your own after watching it. It sells podcasting as a type of catharsis and a channel for creative ideas and opinions. If someone has something interesting or important to say, people will want to hear it. For successful hosts, like the aforementioned Rogan and Smith, podcasting can rake in some big dollars and double as a career as well as a hobby. For others, it’s purely for fun with minimal monetary gain. In their case, it’s as if podcasting is a shared stream of consciousness or personal journal. Either way, very few negative things are said about the medium throughout One Voice, One Mic.

When it comes to the documentary structure, Gummery does a solid job. As previously mentioned, the film opens with established names in podcasting talking about their humble beginnings prior to the podcast explosion of recent years. Though, it’s fair to wonder if maybe the progression should’ve been flipped with lesser known people talking about their experiences while working up to the Kevin Smiths and Leo Laportes of the world for the finale. This isn’t necessarily criticism as using name talent early is a way to hook viewers. Yet, it feels like there’s some significant distance between the personalities bookending the content of the film. Regardless, the film does flow quite well and there’s a logical progression. Again, the film successfully plants the podcasting seed in your brain while watching it so it’s definitely doing something right. 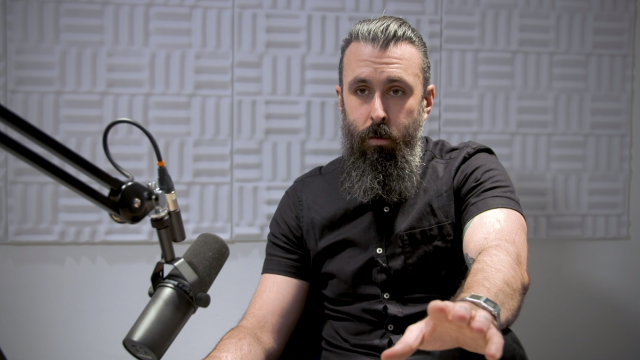 Perhaps the one main problem with One Voice, One Mic is its lack of a premise. It’s hard to figure out what exactly the film is trying to achieve. It doesn’t really focus on the life, triumphs, and hardships of a podcaster nor does it delve into details on how one could start their own show. The film plays more like a recruitment package than a documentary with a belief or argument at its core. As a motivational film, it’s exceptional but in terms of actual information and storytelling, it falls somewhat short. Ben Gummery definitely has a knowledge of this medium and his crusade to promote it is commendable. Though, the film could use a touch more direction to narrow its scope towards a specific goal.

Even with its wayward execution, One Voice, One Mic is a wonderfully positive short. It’s never bland or boring throughout its 18 minute runtime and it’s fun to see what podcasters of all walks of life think about the medium. It seems that, universally, none of the interviewees got into the podcasting game just to make money. They do it because they simply love what they do. In a day and age where money is king, it’s refreshing to see a film like this where passion is front and center. The same can also be said for Gummery’s work. As a viewer, you can tell he’s passionate about this subject and wants to give back to the community however he can. Although it feels like there could’ve been more, One Voice, One Mic is a perfectly enjoyable experience as it stands. Not every viewer will immediately run out and start their own podcast, but they’ll all at least think about it.

Check out the trailer for One Voice, One Mic below.