It seems that with every new release, we mention how horrible this year has been for standout films. It may sound like beating a dead horse but we’ve been reminded of it at every turn. At two-thirds of the way through the year, we haven’t quite hit Oscar season. Yet, it’s just around the corner. With that being said, a beacon of hope and the first likely shoe-in nomination for Best Picture at next year’s Academy Awards is finally getting a wider theatrical release. Lulu Wang’s excellent family dramedy, The Farewell, is easily among the elite films of the year given such little competition.

The film opens with script reading, “Based on an actual lie.” This is because The Farewell is based on writer/director Lulu Wang’s real life experiences. When it comes to the old adage, “write what you know,” Wang excels at relaying her own family issues onscreen. Since its limited release on July 12th, the film has received universal acclaim as it exceeds all language barriers and cultural limitations. This is a film that anyone can relate to and may be one of the best family dramas ever put to film.

The Farewell follows a Chinese-American college student named Billi (Awkwafina). Billi has a very close relationship with her grandmother, dubbed Nai Nai (Shuzhen Zhao), who still lives in Changchun, China. Unfortunately, Billi discovers from her parents, Haiyan (Tzi Ma) and Jian (Diana Lin), that Nai Nai is diagnosed with terminal lung cancer. Though, Billi’s grandmother is unaware of the diagnosis. The family chooses not to tell Nai Nai about her cancer to avoid worrying and/or scaring her. Billi and her parents fly to China to visit her before she passes away while using a rushed wedding for Billi’s cousin as an excuse. The film showcases the interactions between Billi’s immediate and extended family all while hiding the truth from Nai Nai.

As previously mentioned, the film is based on real life events and it feels that way as a viewer. You completely buy the drama throughout the film as this feels like a legitimate family. The plot isn’t driven by any wild or crazy events onscreen. The story is basically told through conversation and interaction between characters. The conflict of the film is all based on how each family member handles the situation with Nai Nai. Initially, Billi’s parents don’t want her to go to China since they believe she won’t be able to keep a secret. Nai Nai’s sister insists that she’ll tell Nai Nai of the diagnosis when the time is right but Billi always questions when. There are a few times in the film where Haiyan uses drinking as a coping strategy. As a viewer, you see the weight of hiding someone’s inevitable death take its toll on every character except the one who’s dying. 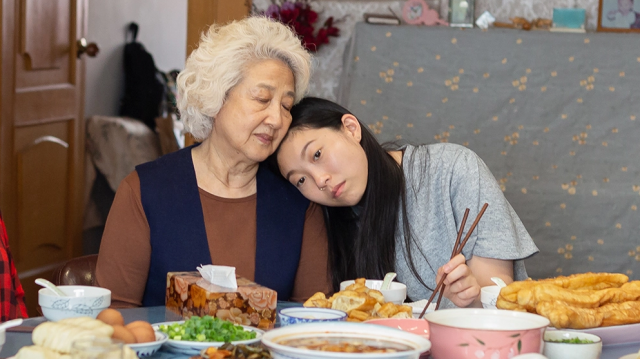 This is a testament to the wonderful acting throughout the film. Everyone in the cast brings their A-game to The Farewell. Rapper turned actress Awkwafina is excellent in her first starring role. The family constantly rips on Billi for looking sad but there are moments where some light shines through. Her character holds it together and remains strong for her grandmother. There are a few scenes where she appears to completely forget about Nai Nai’s cancer and is just able to enjoy the time they have together. Billi is an emotionally complex and moral character and Awkwafina’s performance is spot-on in telling this story. In fact, seemingly all of the characters have a similar complexity. After being apart for so long, there’s a lot of untold family history behind the relationships. Again though, everyone returns for Nai Nai and they’re able to put aside any dissension and be a family.

While the cast does a great job relaying a convincing story, it’s Lulu Wang’s direction, along with the masterful editing by Matt Friedman and Michael Taylor, that perfect the storytelling throughout the film. Of course, the film is all about Nai Nai’s cancer diagnosis. However, Billi’s cousin, Hao Hao’s (Han Chen), wedding is the story going on in the background. Literally. Many scenes will feature conversations in the foreground between characters while wedding planning activities are happening behind them. Surprisingly, there’s a lot of comedy throughout the film and most of it comes from events like this. Specifically, there’s a scene where Hao Hao and his bride-to-be are having photos taken. They’re not the focus of the scene whatsoever but it’s amusing seeing Nai Nai try to make the newlyweds look as if they’re in love for a photo. There are clever scenes like this scattered all throughout The Farewell. The real story is front and center while the lie remains nothing more than a passing fascination in the background. The same goes for the editing as scenes will suddenly cut when conversations about things that don’t matter, like the wedding, take over. Even as a viewer, you hardly even think about the upcoming wedding as it’s the least important thing that the film has to say. In that respect, Wang and company have done an outstanding job maintaining the film’s true focus. 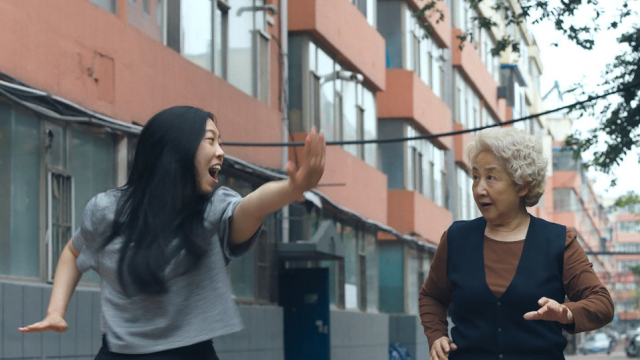 When it comes to the plot, characters, acting, and storytelling, there isn’t a single negative thing to say about The Farewell. The only issue one could potentially have is with its pacing. While certainly deliberate, it does make the film drag a little. At a brief 98 minutes, the film feels like it’s at least two hours. This is the risk that a filmmaker runs when a story is told completely through character interaction. Some will definitely be turned off by this but those people would be missing the point of the film. Just as Billi intends to spend as much time with her grandmother as possible, the film welcomes its audience to get to know each and every one of its characters. By the end, viewers will have an understanding of each character’s feelings about the situation and how they’re able to deal with something as grim as death. Yes, the film can be slow but it’s not without reason.

The Farewell is a film that sets out to make you feel something. It also urges you to honor your family, relationships, and culture respectfully. Most of the dialogue is in Chinese and some concepts are certainly foreign. However, The Farewell has universal appeal. This film is about family and how people interact with one another. These are concepts that everyone can relate to. It’s also interesting that the film is centered entirely around someone’s death but it’s not really about death. Sure, it casts a looming shadow over the characters and events but the film never really feels bleak. Perhaps it’s Shuzhen Zhao’s performance as Nai Nai who’s so appreciative and full of life that the specter of death never really gets its due. Through Lulu Wang’s expert direction and script and some fine performances from its cast, this film is simply beautiful. Undeniably, The Farewell is one of the best films of 2019 and is quite possibly one of the best family dramas ever made.

One Thought to “In Theaters Review: The Farewell”