Back in October, we reviewed a short film from writer/director Chris Esper entitled Imposter. The film was a brilliantly made short and has been receiving rave reviews since its release. Recently, Esper himself reached out with another short that he contributed to. Directed by Alessio Cappelletti and written by Kris Salvi with Esper in the 1st assistant director/producer role, we’re happy to say that The Date is a film on par with Esper’s Imposter.

The film sees a man named Vernon (Michael Gonza) sitting alone in a cafe. He’s then joined by an unnamed woman (Marybeth Paul). Initially, he’s not sure who she is but quickly realizes. Not expecting “someone so pretty,” Vernon is caught a little offguard as the two make small talk. He explains that he’s a software engineer before questioning the woman’s profession. The awkward interaction leads to an arrangement to which both agreed upon before meeting.

To avoid any spoilers, that’s about all that can be said about the plot of the film. Even while watching, everything is left quite vague for viewers. When the two first meet, you’re led to believe that their meeting is under a specific set of circumstances. Due to the storytelling and direction, the film’s plot is turned on its head and is more than meets the eye. This leaves viewers clamoring for more of the story from before and after the main characters meet. It feels like there’s more to be explored here. Even so, The Date hits a sweet spot and never once feels like it drags. 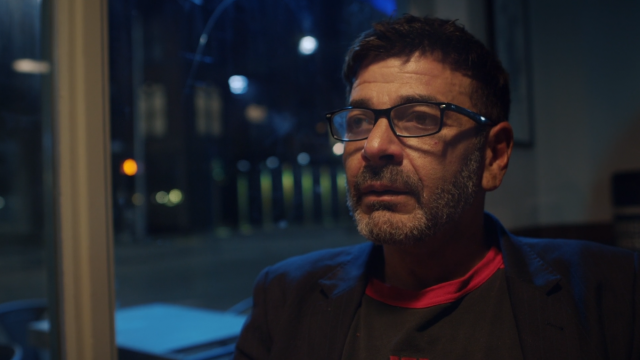 Much of the credit for this has to go to both Michael Gonza and Marybeth Paul as the two main characters. Gonza’s Vernon seems shy, kind, and proper as he meets the woman. You can tell that he’s uncomfortable in his position and it’s unlike anything he has previously experienced. As a computer software engineer, you get the impression that technology and data are more his thing as opposed to human interaction. Marybeth Paul is electric onscreen and viewers will be drawn in by her in the same way that Vernon is. She displays a cool confidence that’s not shared by her male counterpart and there’s a nurturing aspect to her character that calms Vernon as well as the audience.

The Date is also very technically sound. Even though the story takes place almost entirely at a cafe table, there’s something mesmerizing about it. Firstly, the film’s editor, Nahuel Attar, does an excellent job dictating the pace of the film through his deliberate cuts. This allows the actors time to effectively develop their characters. The soft blue hue in the lighting provides a sort of kind glow instead of an uninviting chilliness as one would expect. Alongside some good camerawork, this is a credit to director of photography James Woodbury for putting together such photogenic shots. In addition, Patrick O’Donnell’s score works to complement the visuals with its entrancing synth tones. Similarly to the look of the film and the woman’s gentle composure, O’Donnell’s music soothes viewers and builds a level of trust before the film’s payoff. 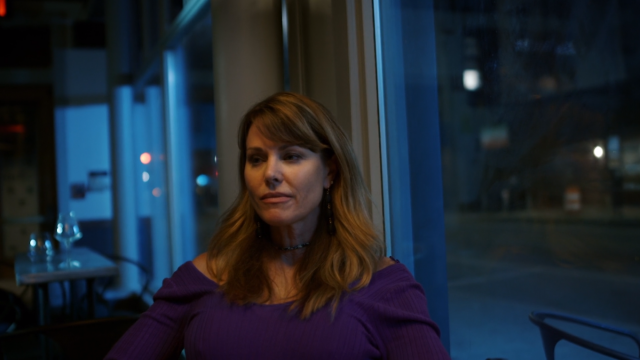 If there’s any negative to The Date, it’s in the aforementioned length. Though, it’s hard to fault a short film for this. It’s just that you’re immediately engrossed in this world with these characters and you want to know how things got to this point. In a way, it feels like the climax of a feature length film where all of the buildup would lead to this scene and then the payoff is seeing how everything shakes out in the end. Again, it’s hard to discuss this in full as it would spoil the overall experience. It’d be interesting to see what Cappelletti and company would do with these characters in a feature length adaptation.

Overall, The Date is simply a great short film that accomplishes everything that it needs to. Viewers need little to no backstory to get involved with the characters at the specific moment of the story. Yet, you still want more in the end. Both Michael Gonza and Marybeth Paul command attention from the audience and bring you on an interesting, albeit brief, ride. Backed by some excellent technical aspects and some quality filmmakers at the helm, The Date is a film that requires more than one viewing to appreciate its subtleties and attention to detail. The good news is that you’ll be glad to watch the film again the very second after it’s over.