We’ve all experienced a time when a television show has overstayed its welcome. Shows may lose beloved cast members, introduce dopey storylines, or simply become stale. This is especially true once the number of seasons start to rack up. Unfortunately for AMC’s The Walking Dead, all of these issues have come to light and the show is suffering dearly.

When The Walking Dead premiered in 2010, horror shows were not necessarily common. Since then, there has been an explosion of shows from the genre. American Horror Story, Ash vs Evil Dead, Bates Motel, and Scream (among others) have all debuted to, at least, moderate success. Not to mention, there have been numerous copycat zombie shows like Z Nation, iZombie, and even the companion/prequel series, Fear the Walking Dead. With this seemingly nonstop influx of horror television, has The Walking Dead overstayed its welcome and become second fiddle to some of these shows?

Yes and no. The answer, as always, isn’t simply black or white. Robert Kirkman’s comic series is still running strong after 13 years with the 161st issue being released on December 7th. There’s still a ton of material that the show can cover. However, viewership during the show’s seventh season has dropped significantly as of late. According to Variety, the season premiere pulled in 17 million viewers. Of course, the big draw for that episode was to find out who new series villain, Negan, killed from the group of survivors. Since then, the figures have dropped to numbers not seen since the show’s third season.

This isn’t to say that The Walking Dead is on the verge of being canceled. It’s still one of the most watched shows on television. It’s just that it seems like viewers are starting to catch on to the show’s faults. There’s so much filler being jammed in between a handful of important episodes and it’s getting tiresome. The seasons have been split into two halves with eight episodes a piece. Of those eight episodes, only two or three of them are must-see.

For instance, following the season premiere where Negan kills off fan favorites Glenn and Abraham, the showrunners followed with an episode about Carol and Morgan and the introduction of new locale, The Kingdom. The story of the previous episode doesn’t progress and all momentum was lost. The audience reaction to Negan’s brutality, whether they loved or hated the episode itself, should’ve been enough for viewers to tune in the following week. Now, six episodes into the season, almost nothing of significance has happened. Sure, members of Rick’s group have stumbled across other locations and Negan has continued to impose his will. Yet, there has been no real progress in the overall story. 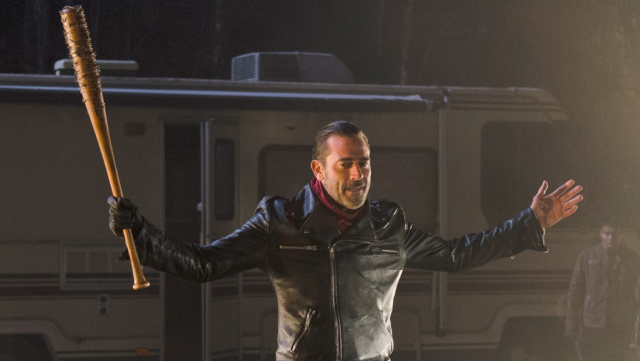 The Walking Dead continues to tread water since the demise of The Governor. At least with Negan, we’ve finally been introduced to a formidable threat to Rick and the group. Until his appearance, the group has been able to do as they please with the many societies they’ve visited. Negan has been the most interesting character this season, and arguably the most interesting character since Shane, and he’s the villain. The audience is supposed to hate him but Jeffrey Dean Morgan’s portrayal of the character is the best thing that the show has going. Negan is no worse than Andrew Lincoln’s Rick Grimes as a person. Rick’s people snuck into Negan’s outpost and murdered Negan’s people in cold blood while they slept. For that, Negan only claimed Abraham. Daryl was the only person responsible for Glenn’s death.

The big question now is, “What can the showrunners do to stop the drop in viewership?” The first thing that The Walking Dead needs to do, and has needed to do for a while is drop the episode count. There’s no reason for the split seasons. There are so many filler episodes every season that they could easily get by with thirteen. Look at HBO’s Game of Thrones. They only have ten episodes a season and nearly all of them are required viewing. Also, taking another page out of Game of Thrones’ book, they need to start bouncing between characters in each episode. There’s no need for an episode about only Tara and Heath or Carol and Morgan. The episodes are meandering and bland but if they featured more characters per episode, it could keep them fresh as well as making them all seem important. 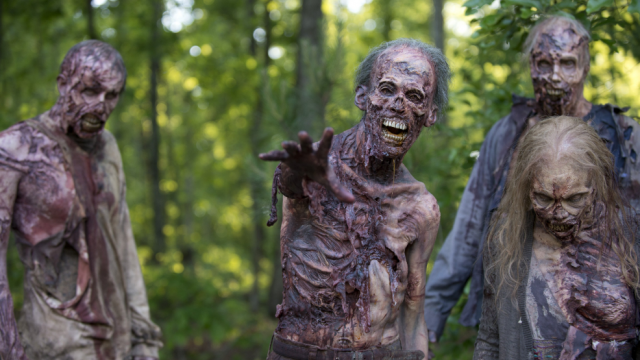 Finally, The Walking Dead needs to regain some of its steam by cutting out forced emotion and get back to horror. This is a zombie apocalypse show, people. It’s fine if the showrunners want to include some human elements and having human villains is fine as well. Glenn and Abraham’s death scenes were possibly some of the most brutal ever on television. Specifically, Glenn’s death made you feel sick to watch. It was horrific for the audience and the characters.

That’s the key word here: horror. If this show is going to progress, main characters will have to die. The show is about survival as is nearly every title within the genre. The main characters have not been handled properly at all since series developer Frank Darabont left The Walking Dead after the show’s first season. Enough with invincible main characters and countless throwaway supporting characters. Make the audience feel like anyone can die at any moment. Doesn’t that sound like another popular show on television? Here’s a hint: the show starts with Game and ends with Thrones.

Overall, The Walking Dead has done a lot of damage to itself over the years. It has grown complacent with itself. It’s hard to see where the showrunners eventually want to end up because they never seem to be progressing towards anything. What’s even the premise of the show at this point? If it’s just to show characters onscreen every week, then The Walking Dead has certainly achieved that. Though, if that’s all that the show is going to do week in and week out, The Walking Dead’s time on top may be numbered.

One Thought to “What’s Wrong With The Walking Dead?”