With the multitude of films that are released every year, sometimes one just falls through the cracks. Today, we’re reviewing Wes Anderson’s Fantastic Mr. Fox just in case you missed it…

Since Pixar’s popularity exploded in the mid 1990’s, computer generated animation has been the standard for children’s films. Not only is Pixar still pumping out new ideas left and right but Dreamworks and Disney, aside from their collaborations with Pixar, have jumped on the bandwagon as well. With CGI animation being the norm these days, it’s truly refreshing when a film breaks the mold and does something different. This is the case with Fantastic Mr. Fox.

The plot follows Mr. Fox (George Clooney), or Foxy as many of the characters call him, as he raids three farms for poultry and apples. He previously swore off his life of stealing from farmers following his wife, Mrs. Fox (Meryl Streep), becoming pregnant years before. Along for the ride are his son, Ash, nephew, Kristofferson, and his building superintendent, Kylie Opossum.

Following the raids, the three farmers, Franklin Bean, Walter Boggis, and Nathan Bunce track down the foxes and attempt to kill them. Aside from Clooney and Streep, the cast is loaded with accomplished actors such as Jason Schwartzman, Bill Murray, Willem Defoe, and Michael Gambon. Simply put, the voice acting is top notch.

While Fantastic Mr. Fox isn’t necessarily a total children’s movie, it is an adaptation of Roald Dahl’s children’s book of the same name. The film was done primarily in stop motion with puppets. It has a very surreal look to it that is similar yet quite different than something like The Nightmare Before Christmas or Corpse Bride. There is more of a campy feel to the animal puppets. Their fur moves in erratic ways (most likely due to the animators physically moving the puppets) and when a character is stunned or dies, their eyes change abruptly to cartoony swirls or x’s. 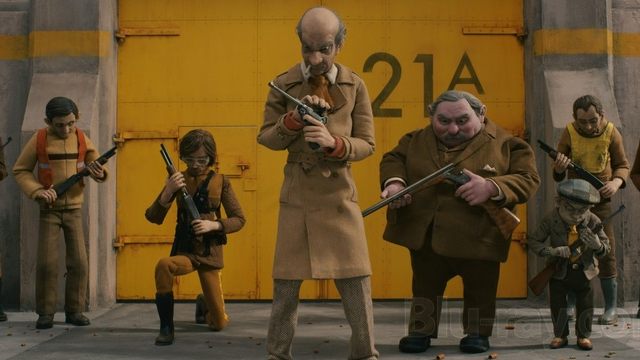 Perhaps the most endearing aspect of Fantastic Mr. Fox is in its anthropomorphism. Anthropomorphism is when human traits are given to non-human beings. For example, Mr. Fox writes columns for the local newspaper and Bill Murray’s Badger is an attorney. Seemingly every animal has a specific job or trait that may define them as animals but also makes them relatable to the audience (i.e Rat being an untrustworthy villain driven by desire for alcohol).

Although the creatures act and reason as a human would, their animal instincts work as a humorous contrast. Early in the story, Mr. Fox talks about not wanting to live in a hole in the ground anymore. As he explains this to his wife, he sits down to eat breakfast and devours it in seconds as a hungry dog would. There is also another moment where the animals are trapped underground and a mole speaks up about wanting to see the sunlight. Mr. Fox responds by saying, “But you’re nocturnal, Phil. Your eyes barely open on a good day.” As you’re absorbed into the story, these moments remind you of how ridiculous the entire concept of the film is. 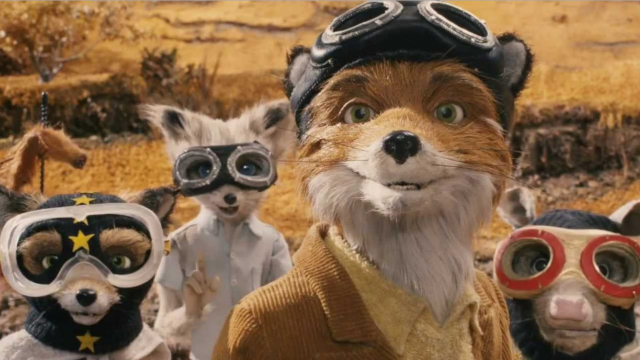 Speaking of the humor in Fantastic Mr. Fox, it’s extremely clever and dry. There are so many little moments and quips that are hilarious yet easy to miss. For anyone who has ever seen a film directed by Wes Anderson, you know what to expect. Anderson is a unique director/screenwriter and he has a style all of his own. His films are shot beautifully and his dialogue is often not about plot but moreso about the characters’ idiosyncrasies. There are many instances in Fantastic Mr. Fox, and Anderson’s films in general, where characters become fixated on something ridiculously specific like “Mrs. Bean’s nutmeg ginger apple snaps” or who’s allowed to wear a “bandit hat.”

From beginning to end, Fantastic Mr. Fox is an absolute pleasure to watch. Although the humor isn’t for everyone, it’s probably the most accessible film that Anderson has made. This is all due to the animation style. The world is amazing to look at and the attention to detail is extraordinary. Again, this isn’t a normal children’s movie but it’s aesthetically pleasing enough that most would enjoy it regardless. For all the praise that Pixar gets for its films, it’s a shame that Fantastic Mr. Fox hasn’t gotten a similar level of praise. It was actually nominated for the Academy Award for Best Animated Feature in 2010 but ultimately lost to Pixar’s Up. In conclusion, if you haven’t seen Fantastic Mr. Fox, definitely give it a shot. You’ll be glad you did.