It’s been a while since we’ve discussed anything going on in television here on Cinema Smack. With favorites like Better Call Saul and Ozark seemingly shelved for the year due to the lingering effects of the pandemic, there hasn’t been as much to get excited about. While the new Marvel shows have been hitting Disney+ throughout the year and The Handmaid’s Tale did get a new season, it still feels like a good time for TV fans to either clear out their backlog of shows or try something new. Today, we’re going to do something a little different as we’re going with the latter choice and reviewing a television pilot. The premiere episode of Andy Aguila and David Legel’s Capitol Joe is currently available for streaming on Amazon for Prime members and, like its main character, needs your support!

The plot of the show centers around unlikely farm-boy-turned-congressman Joe Smith (Andrew John Morrison) and his foray into the unsavory world of politics. The pilot sees Joe jockeying for re-election, running as a candidate from Teddy Roosevelt’s failed Bull Moose Party, after accidentally securing a first term. Joe quickly learns of the cutthroat nature and corruption within the political landscape and realizes that he must play the game if he wants to maintain his status. On top of dealing with shady sponsors (i.e. Vacuum World’s Trevor Quickston played by David Legel himself) and trying to maintain some semblance of integrity, Joe is thrust into racial controversy based on his handling of an unscripted interview segment on live TV. The good natured and naïve Joe soon realizes how difficult it is to remain one of the good guys in a world filled with bad ones.

The story behind Capitol Joe is an interesting one as Aguila and Legel were close to signing a deal for their new show, The Quick Minute, just prior to the COVID-19 pandemic. Of course, with uncertainty ahead, the deal was put on hold and the duo went back to the drawing board. While The Quick Minute had centered around a failing news station being taken over by a marketing executive looking to boost ratings, Capitol Joe puts a more personal spin on things as a literal “average Joe” aims to make a difference in the world despite any unintentional backlash coming his way. In this pilot episode, there’s still a nod to Aguila and Legel’s original show as Joe appears on the Quick Minute news station to address his unintentionally xenophobic remarks. 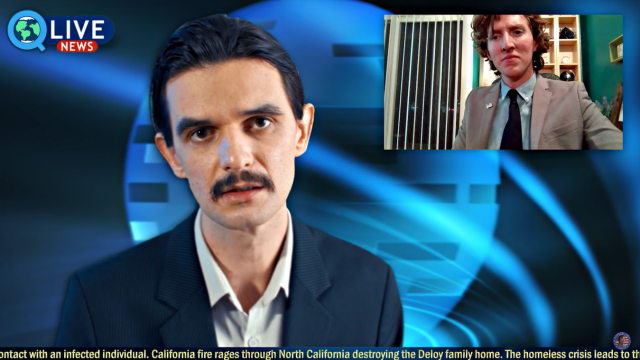 So, how exactly does this change from The Quick Minute to Capitol Joe play out in terms of execution? Obviously, the two shows can’t be compared since one of the shows doesn’t exist. Still, we can make some assumptions based on the overall story and flow of its successor. While The Quick Minute was set to star Legel’s Trevor Quickston, who convincingly plays a good sometimes friend/sometimes enemy of Capitol Joe‘s main character, it seems like Andrew John Morrison’s Joe Smith is a better protagonist. Capitol Joe gives viewers someone to root for and latch onto in the bumbling Joe while sheisty Trevor is more of a comic relief supporting character and an ongoing challenge for Morrison’s Joe to overcome.

Also, as we’ve seen with many shows dealing with things like politics, corruption, public image, etc., there are a lot of different places to take the story. For instance, there are weekly YouTube videos released based on Joe’s policies, passions, concerns, and ideas that viewers can follow. This allows people to further understand the character played by Morrison and provides a sense of immersion into his world that many other shows don’t really offer. Though The Quick Minute could’ve taken a similar approach with weekly news stories or something of that nature, it feels like there would’ve been more focus on satire than actual world building and character development. 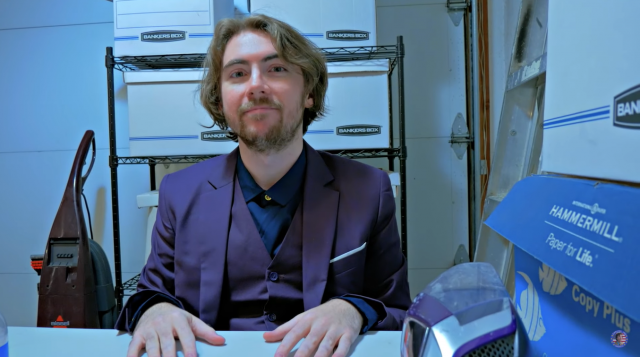 There does appear to be a ton of potential in regards to Capitol Joe and, given the creative team’s work on the 2019 short film, Roses for Ms. Jacobs, there’s no doubt that they have something to say with this new venture. However, we’re not here to simply gauge the show’s potential. Instead, how does this pilot episode rank for potential audiences? There’s definitely some good and some bad. As previously mentioned, Morrison’s Joe Smith is an intriguing character and feels like a good choice as a series lead. That being said, he isn’t given a ton to do here in the pilot. Much of the time is spent getting to know Joe as a character but it’s hard to find a direction or goal for him to attain over the course of a full season. Yes, he’s trying to get re-elected but there’s little sense of urgency or anything that may coax viewers into coming back for the next episode. It’s also easy to tell that the production was hamstrung with some of the locations proving to be somewhat uninteresting. It’s hard to fault Aguila and Legel for this as they’re making due with what they have with a low budget during a pandemic. Yet, some of the more boring shots seem out of place when compared to more cinematic locations featured in other parts of the pilot.

When discussing Capitol Joe, the word “intriguing” continuously comes to mind. Andrew John Morrison clearly gives himself to the role and it does feel like, if carried out, the show will go somewhere. If you’re only judging by the pilot, though, it’s hard to say where that somewhere is. There are some shreds of situational comedy a la Arrested Development or The Office but the show’s best moments appear to be upcoming and not in this pilot. Still, this first episode does do some solid world building and, of course, properly introduces an unlikely hero character who’ll surely get into plenty of antics and predicaments going forward. While the first episode of Capitol Joe isn’t likely to blow anyone away, it oozes potential and does enough to keep you interested in where the story could possibly lead.

*”Bull Moose!,” the pilot episode of Capitol Joe, is currently available for streaming on Amazon for Prime members. Check out the show’s official website here.*