Here at Cinema Smack, we love a good thriller. Films like The Silence of the Lambs, Black Swan, and Seven are held in high regard in our eyes and among some of the best thrillers ever released. Even earlier this week we dropped a glowing review for Alex Garland’s new film, Annihilation. Unfortunately, though, not every film meets some of the lofty expectations instilled from its respective trailers. This is most certainly the case with Francis Lawrence’s Red Sparrow.

Back in September of last year, we covered the trailer and said that the film had the potential to be a hit. From the trailer, it had a dark, yet elegant, style with an apparent level of tension at its core. The film is an adaptation of Jason Matthews’ 2013 novel of the same name. The director, Francis Lawrence, is most well known for his work on The Hunger Games series where he directed all but the first film. Prior to that franchise, Lawrence made a name for himself by directing a plethora of music videos for various pop artists including Justin Timberlake, Jennifer Lopez, and Britney Spears. He was also responsible for 2005’s Constantine, 2007’s I Am Legend, and 2011’s Water for Elephants with achieving various levels of success.

Red Sparrow stars Jennifer Lawrence as Dominika Egorova, a Russian ballerina who suffers an injury onstage. Needing to care for her sick mother, Dominika is coaxed into becoming a sparrow by her uncle, Vanya (Matthias Schoenaerts), who works for Russian intelligence. Sparrows are tasked with missions in which they’re expected to use their bodies as a means of seduction to extract the information they seek. Following her first task, given by Vanya, Dominika is sent to “Sparrow School” before being sent to make contact with CIA agent, Nate Nash (Joel Edgerton), to uncover the Russian mole feeding him sensitive information.

The story is relatively simple enough. There are plenty of films about espionage, double crosses, and nationalism that have panned out well. Just last year, Steven Spielberg’s Bridge of Spies was nominated for Best Picture at the Academy Awards. Mark Rylance even won Best Supporting Actor for his role as that film’s supposed spy. With Red Sparrow, it seems like there was opportunity to add a little more substance than your typical spy movie. Having Jennifer Lawrence play a character using her body as a weapon but also having something personal on the line helps build the main character. 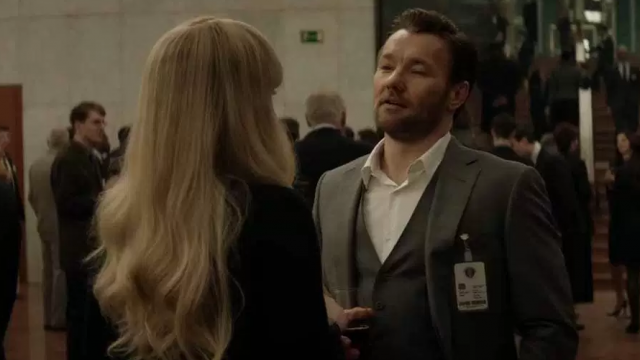 With that being said, the cast itself is quite good. Jennifer Lawrence has established herself as one of the hardest working actresses in Hollywood despite her young age. She has yet to put a shoddy performance onscreen and that streak continues here. Initially, the thought of her doing a Russian accent in Red Sparrow seemed a little iffy. Alas, she does just fine. Joel Edgerton is quickly becoming that guy who’s in seemingly everything and he does a good job here. Although, nearly all of his performances are overshadowed by the rest of the cast around him. He’s not really a superstar but he holds his own. Much of the supporting cast, including Ciarán Hinds, Charlotte Rampling, and Joely Richardson is also solid. Sadly, Jeremy Irons makes an appearance but feels ridiculously inconsequential as does Mary-Louise Parker in an odd role.

That’s about where the praise ends for Red Sparrow. Sure, it looks nice and is competently shot but that doesn’t make up for what a mess the story is. With an intriguing idea in place, it feels like Francis Lawrence and his screenwriter, Justin Haythe, just weren’t able to fill in the details efficiently. The film starts off strong enough but quickly falls apart. One of the most distracting aspects comes during Sparrow School. Dominika spends hardly any time there before her uncle pulls her out and deems her ready to advance. First of all, he already gave her the first mission before sending her to the school. Then, after very little training and seemingly no further progress, sends her off on a new mission. It’s nonsensical and you never really feel like Dominika has done anything to prove herself as the seductive weapon that she’s supposed to be. Apparently she simply needs to be good looking to be a successful sparrow. 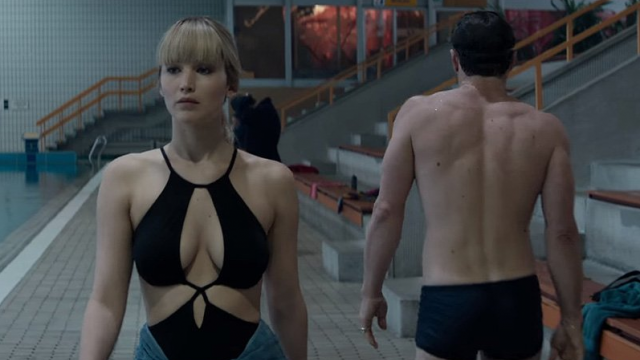 The other thing that really drags down Red Sparrow, and also goes with the dicey plot, is the runtime. At times, this feels like the longest movie ever made. At two hours and twenty minutes, it’s definitely not but it just goes on and on. There are probably about ten logical points where the film could end but it never does. It’s like the Energizer bunny and just keeps going and going. When you finally get to the “twist” ending, it’s hard to care whatsoever. It’s kind of a surprise but only because you haven’t seen one of the characters in so long that you don’t even remember him/her being in the film.

Overall, Red Sparrow isn’t horrible but it’s instantly forgettable. Nothing it does is necessarily bad but there also don’t seem to be any stakes attached to the events. There’s always “stuff” happening but that’s all it is. It’s a bunch of “stuff” to fill a ridiculously bloated runtime for a plot that spent far too much time being interested in itself and forgot to engage its audience. Despite its stylish aesthetic and another good performance from Jennifer Lawrence, Red Sparrow is an experience that’s completely unfulfilling.

One Thought to “In Theaters Review: Red Sparrow”