The first thing you may think to yourself about a film called Cam-Girl is either, “They’re reviewing a smut film?” or “Oh, great. Another found footage film being covered on this site.” Of course, many of you already know that we have a love-hate relationship with found footage films at Cinema Smack. There are some films, like Searching, that use the style to their benefit but, in most cases, it does more harm than good. However, it was a pleasant surprise upon watching Cam-Girl that the film actually doesn’t employ the found footage style or overly exploit sexuality. Instead, writer/director Curt Wiser’s feature length debut is more of a character piece with some thriller elements tossed in. Though, it’s not without other issues of its own.

The film centers on Gessica (Erin Cline), a webcam model working her way through school while trying to raise her baby daughter. Despite being ashamed of her profession, she also gains a feeling of empowerment from it. She communicates with a number of people throughout the film including other webcam model friends, her mother (voiced by Martha Cameron), and her admirer/friend, Ben (Joe Coffey). Gessica soon receives a phone call from a man, locally dubbed the Box Cutter Killer, who knows a little too much information about her than she’s comfortable with. As it turns out, the caller is stalking Gessica and using a gun to keep her hostage in her home. He forces Gessica to call all of her ex boyfriends as she’s psychologically tortured.

Erin Cline as Gessica is clearly the best thing about the film. The character is physically beautiful but also strong willed and independent. Simply put, she’s not just a pretty face to be looked at as an object. The film touches on numerous emotions and ideas that Cline is able to run with. Throughout the course of the story, Cline’s Gessica experiences everything from sadness and indifference to motherly devotion. As she does with her webcam, Gessica tries to take control of her situation with the mystery caller. Though, he constantly appears to be one step ahead of her. In some horror/thrillers, audiences often root with the villain. With Cam-Girl, this is not the case as Gessica is likable throughout the film and, despite some of the shady actions revealed from her past, she comes off as human. 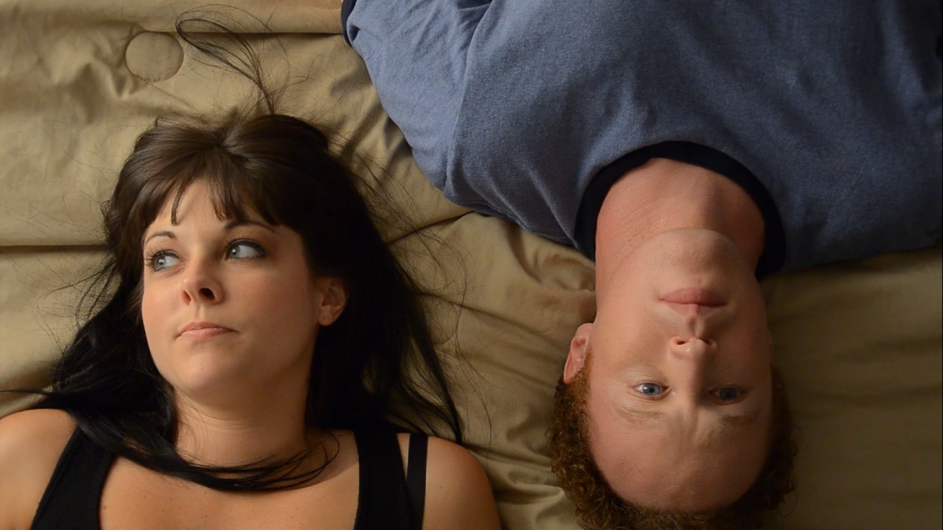 The overall shooting of the film is also quite good. In terms of the technical aspects, the camerawork and editing is choppy but not really in a bad way. Some of it is done in an almost Edgar Wright style channeling films like Shaun of the Dead, Hot Fuzz, and Baby Driver. The frantic pacing and frequent cuts feel deliberate and help to enhance scenes in the film. Just as in Simple Mind, a short film we recently reviewed, there’s a voyeuristic approach to many of the scenes. There are shots from every conceivable angle and make you feel as if you’re merely an observer to the actions onscreen. In addition, the scenes give off a sense of playfulness that Cam-Girl certainly has at times. As for the look of the film, all of the shots are very sharp and nice to look at. There’s a lot of color usage whether it’s in Gessica’s webcam setup, her clothing, or even the lighting. Everything is very slick and polished looking and you’ll never get bored looking at the film.

Unfortunately, though, the same cannot be said for Cam-Girl‘s sound. For the most part, all of the sound effects and music works just fine as is. No, it’s not that the dialogue is discernible or anything like that either. However, there is a clear difference in the quality of the dialogue throughout the film. There are distinctly different recordings cobbled together to create the conversations between characters. There are instances where Gessica’s dialogue will have a lot of background noise or static to it. Then, the noise will cut out as viewers hear a voice over the phone in response. In general, there’s usually a “room noise” audio track that filmmakers use to mask blatant edits to audio. In this film, it feels like this wasn’t the case. It’s a small issue but quite a distracting one over the course of the film. 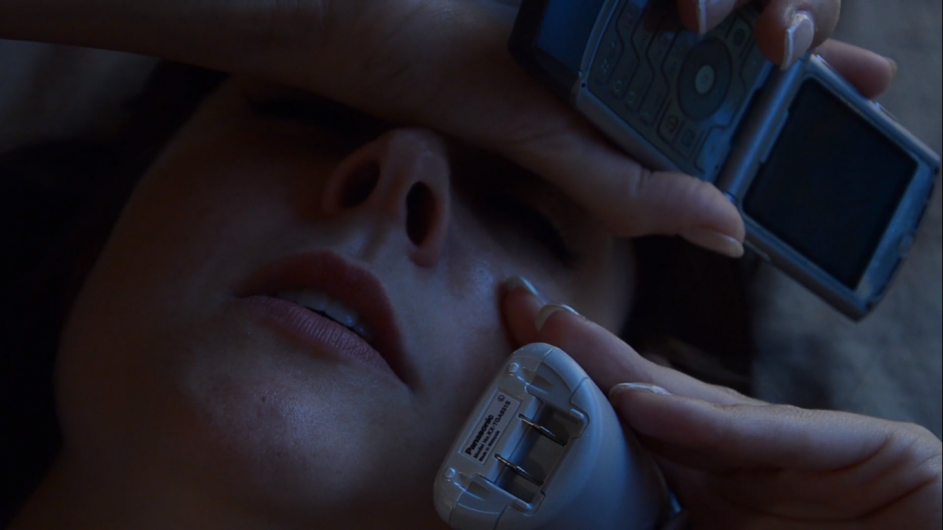 The biggest issue with Cam-Girl, however, is in its story and storytelling. For the most part, the film is part Scream mixed with Phone Booth. For most of the runtime, Gessica is stuck on the phone with the Box Cutter Killer. Due to Erin Cline’s solid acting, she’s able to keep your attention. Yet, there are many things that begin to wear on you. The killer’s fixation on Gessica’s ex boyfriends isn’t that entertaining or revelatory as you see the twist ending coming from a mile away. The killer’s voice is also quite grating after a while. Ghostface’s voice in Scream was effective as it was used sparingly. Cam-Girl’s villain sounds like someone trying to imitate Ghostface for 90 straight minutes. Speaking of the runtime, 90 minutes is pretty brief for a feature film these days but it feels much too long here.

Curt Wiser’s Cam-Girl is a tough film to peg down. The aspects of it that are really good manage to hold your interest for the full 90 minutes. Though, the negatives bog it down a bit more than one would like. For much of the film, it seems like Cam-Girl can’t fully decide what it wants to be. Does it want to be an interesting character study about a webcam model or a somewhat generic thriller? It’s mostly half and half in that regard. When the story focuses solely on Gessica, it’s at its best. While we can’t give Cam-Girl a positive rating here, it’s certainly not a horrible film and there’s enough to enjoy. It’s an encouraging debut for director Curt Wiser and should lead to bigger and better things.