With films like Scanners, Videodrome, and The Fly on his resume, there’s no debate that David Cronenberg is recognized as the godfather of body horror. The graphic violence and mutilation of the human body used in Cronenberg’s films has extended to countless other filmmakers over the years as it became its own subgenre of horror. In that case, it probably won’t shock many to discover that the apple hasn’t fallen very far from the tree when it comes to Cronenberg’s son, Brandon. While much of his film career has come in the form of short films and music videos, the younger Cronenberg returns to the big screen with his sophomore effort here in 2020. His new feature, Possessor, couples the body horror spectacle fans have come to love from his father’s work with a mind-bending tale of sentience and control.

Possessor had its world premiere back in January at the Sundance Film Festival. Of course, this was prior to the widespread COVID-19 outbreak in the United States which has seemingly put the film world, along with many other things, on indefinite hold. Since then, the distribution rights for Possessor have been picked up by Neon. Though, a wide and/or physical home media release have not been announced as of yet. Prior to his 2020 feature, Cronenberg released his feature length debut, Antiviral, back in 2012. It wasn’t met with quite the response of its successor but its horror/science fiction story and originality is reconfigured for a much more lauded second attempt from the promising young Cronenberg.

Possessor follows Tasya Vos (Andrea Riseborough), an agent working for a secret organization that uses brain implant technology to take control of other people’s bodies to commit assassinations. The film opens with Tasya carrying out a botched assassination and feeling some strange after effects of the job. Given her notoriety and effectiveness as a puppeteering assassin, her boss, Girder (Jennifer Jason Leigh), keeps Tasya in the field despite an inkling that something may be wrong. For her next job, Tasya is implanted into the host body of Colin Tate (Christopher Abbott), a man with no family but set to marry heiress Ava Parse (Tuppence Middleton). As Colin, Tasya is meant to assassinate Ava’s father, John (Sean Bean), but finds herself in a mental battle with not only herself but the man her mind inhabits.

The film itself is kind of a mix between sci-fi films like A Scanner Darkly, Inception, and Upgrade mixed with cerebral horror flicks like Under the Skin, The Neon Demon, and Mandy. Yet, it still feels wholly original with its unique plot and acid trip experience. In the past, we’ve discussed a number of titles in regards to sentience and what it means to be in control. Something like The Matrix or HBO’s Westworld have had intriguing takes on this in the past but Possessor is something else entirely. Cronenberg’s film focuses on the danger of not being in control. As Tasya continues to take over bodies and memories of her subjects, she finds them bleeding over into her own mind as well. There’s a fear that maybe someone else is having a reverse effect on her. Is she still Tasya or has she become someone else when in the host body? Even after carrying out her assassinations, there are remnants of her subjects polluting her mind. The film does an amazing job keeping viewers in suspense and having them question who’s who at any given time. 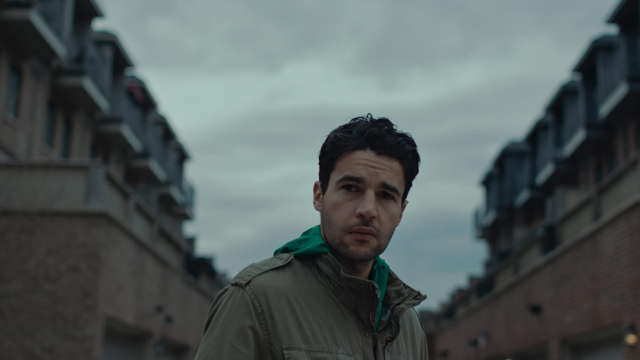 These questions left for the viewer are only enhanced by a stellar, underrated cast. The underrated Andrea Riseborough has been rock solid in everything she’s been in from Birdman to Mandy. Here, she excels as the mentally and emotionally crippled Tasya. Even when she’s not acting as someone else for her job, she’s putting on a performance for her family at home. She has trouble readjusting to reality and is seemingly lost. Most of the time spent with Christopher Abbott’s Colin is with Tasya controlling him. Though, you do start to question if maybe the real Colin is in there fighting back against Tasya. As we’ve discussed with Netflix’s Altered Carbon, it can be hard for an actor to take over a role from another actor. Here, Riseborough and Abbott combine to give a riveting performance as they interpret themselves while also being haunted by the specters of the other characters. They don’t mimic each other. Instead, the characters of Tasya and Colin compete for dominance within one body while linked by a shared mindset. Jennifer Jason Leigh continues her career resurgence in a performance not too dissimilar from hers in 2018’s Annihilation. In addition, Sean Bean and Tuppence Middleton serve as potential collateral damage for Colin’s story.

What’s most impressive about Possessor, though, is the filmmaking prowess of Brandon Cronenberg. While his father is considered a masterful filmmaker in his own right, especially within the horror genre, the younger Cronenberg could be even better if this film is any indication. He exceeds beyond the confines of horror to make something originally vicious and poignant. While there’s no doubt that Possessor is a constant slow burn of a film, it’s always tension-laden as it assaults the senses. At times, the visuals are almost kaleidoscopic as viewers experience Tasya’s psychological breakdown. The booming and distressing score from composer Jim Williams also helps to hammer this home. Additionally, Cronenberg’s use of color is used to perfection and reminiscent to that of Nicolas Winding Refn. Needless to say, Cronenberg is masterful behind the camera on Possessor in a way that his father arguably never was. 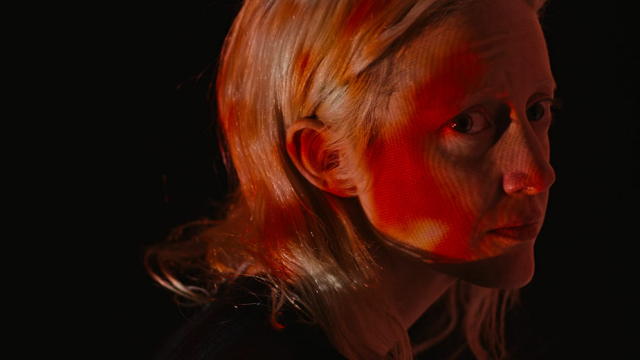 However, there are some things about Possessor that certainly won’t sit well with some viewers. Firstly, the violence is excessive at times. Most horror fans will probably love it while more sci-fi and indie film fans may not. For the sake of our review, we found the violence to be uncomfortably satisfying as it was surely intended to be. The other issue a lot of viewers will have is in its slow burn approach. At only 102 minutes long, Possessor feels long. Yet, when it gets moving, the runtime flies by. When the film introduces Abbott’s Colin, it begins to drag as it introduces a whole new character. Again though, once Colin is established and the plot picks back up, the pacing moves along just fine.

Frankly, it has been a long time since David Cronenberg has been in the spotlight. His last feature film came in the form of 2014’s Map to the Stars while his last truly great film was probaby 2007’s Eastern Promises. Films like 2011’s A Dangerous Method, 2012’s Cosmopolis, and the aforementioned Map to the Stars have received varying amounts of praise as the director moved away from his bread and butter of horror and violence. Brandon Cronenberg, on the other hand, has shown a penchant for original ideas with tense psychological ramifications. Littered with technological failure, violence, and, of course, body horror elements, Cronenberg has breathed new life into his surname with this newest effort. Along with a profoundly brutal story, elegant camerawork, hallucinatory imagery, and striking usage of color make Possessor an atmospheric nightmare of a film.