Over the past couple years, we’ve covered a number of short films with the name Kris Salvi attached to them in some way. Whether he’s credited as a writer, director, or even an actor, any title that features Salvi in some capacity has been worth seeing. It should come as no surprise that his new film, 10:59 PM, in which Salvi writes, directs, and plays a pivotal role in is another quality product with his name attached to it. That being said, it may be his most wild and peculiar outing to date.

The film follows small time criminal and bagman, Joe Maxwell (Marc Powers), on a night that continuously gets worse. After being dumped by his girlfriend, Sicilia (Gabrielle Salvi), Joe takes on a few jobs to seemingly put his mind at ease. Eventually, he stumbles upon a disheveled and eccentric man who knows who Joe is and needs a bagman for a job on the west side of town. Though, it just so happens that a serial killer, known as the West Side Strangler, has been terrorizing that particular location.

10:59 PM is one of those films where you don’t want to say too much about it as it should just be seen instead. What we can say about the film is that it has a very strange vibe to it but in the best way possible. There’s a sort of quirky Coen Brothers feel to it reminiscent of films like Burn After Reading and Hail, Caesar! with most of the influence coming from Martin Scorsese’s After Hours by Salvi’s admission. Like many Coen films, there’s a mixing of genres with moments of crime, drama, and comedy all wrapped into one cohesive package. In fact, that may be the biggest amount of praise we can give to Salvi’s 10:59 PM. The film does everything so well with its twists and turns but still feels like a consistent project. This isn’t always an easy task when dealing something as off-the-wall as 10:59 PM can sometimes be. 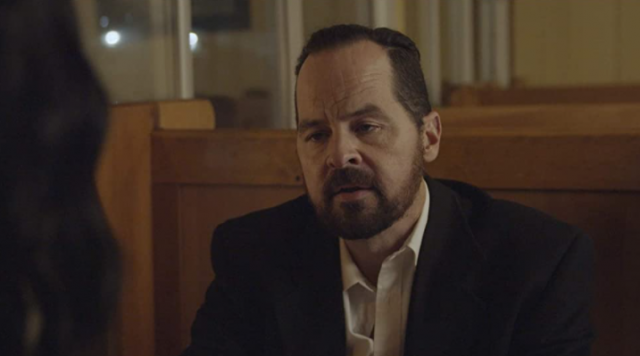 As is often the case with Salvi’s work, he assembles another solid cast and crew for this film. Marc Powers in the lead role as Joe Maxwell is all business as he deals with his failing relationship and strange clients. Powers plays a good straight man role against a more colorful handful of characters that seem to get on his nerves at every turn. Gabrielle Salvi makes a brief appearance as Sicilia to sort of pad the backstory of Joe’s recent situation and provides perhaps the most dramatic scene of the film along with Powers. However, it’s the characters played by Justin Thibault and Kris Salvi himself that make the biggest impact. Thibault is lovably annoying as local criminal Slimeball Eddie as he quips his way through his scene while capping it off with an homage to Invasion of the Body Snatchers. Then, there’s Salvi who is nearly unrecognizable as the unnamed eccentric man looking to hire Joe. This role is a huge departure from those we’ve seen Salvi in in the past but, of course, he knocks it out of the park. His eccentric man is just plain weird as he makes odd requests and outlandish statements. Again, it’s something of an atypical role for Salvi as an actor but it shows range and just a level of fun that we maybe haven’t seen in the past from him.

From a general filmmaking standpoint, 10:59 PM is also impressive. Though, this isn’t all that surprising given the fact that the film is sort of a Cinema Smack “who’s who” of short film talent. We recently reviewed Amaranthine, a short film written and directed by Marc Powers, and also Gabrielle Salvi’s short, Salvation, last year. As previously mentioned, this isn’t the first time we’ve reviewed a film from Kris Salvi as we’ve covered his work as an actor, writer, and director in the past with titles like The Date, I Am a Rain Dog, Exeter at Midnight, and Cleaner under his belt. In addition, Chris Esper, whose short films, Imposter and Yesteryear, we reviewed, handles the cinematography and editing in 10:59 PM. There’s a dark and gritty feel to the film that isn’t the most aesthetically pleasing given the capabilities of film and video in 2021. Yet, it gives the film a throwback 1970’s/1980’s type of feel which certainly fits the subject matter. While most of these people were in front of the camera rather than behind it for this go-round, there’s no doubt that with this much filmmaking talent involved in one production, 10:59 PM was a collaborative effort. 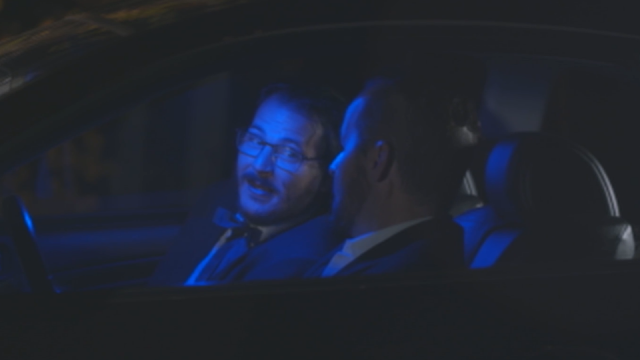 When it comes to negatives of the film, there are some but they’re mostly minor. It should be noted that the cut of the film we watched had a number of audio issues which were pointed out prior to viewing. For the sake of this review, it should be assumed that the audio will be cleaned up before a final cut is released so those will have little bearing on a final rating. The main issue with the film is going to be a subjective one. With some audiences, 10:59 PM just isn’t going to sit well because of how weird it is. This isn’t to say it’s more out there than something like recently reviewed feature Sister Tempest but the film does take an odd turn. Some people will find themselves wondering what the events really mean or why they happen. For film junkies who like a bit of weirdness, though, you should be enthralled enough to just kick back and enjoy the ride that the film wants to take you on.

Perhaps unsurprisingly, Kris Salvi delivers another rock solid film that’s uniquely told, visually inspired, and well acted with Salvi himself being the standout in that department. He continues to demonstrate impressive filmmaking vision and has also assembled an amazing crew of people around him to help realize said vision. While 10:59 PM differs from Salvi’s previous work, it shows growth and a willingness to experiment with his storytelling. Although it may not be everyone’s cup of tea, the film is definitely worth the time for viewers looking for something a little bit strange.