Did we miss something here? For as forgiving as people have been with superhero films over the past decade, it seems like audiences are getting mighty choosy all of a sudden. On the other hand, here at Cinema Smack, we seem to be on the opposite wavelength of many. For example, films like Doctor Strange and Black Panther have gotten rave reviews across the board but didn’t fare as well on this site. In contrast, we loved Guardians of the Galaxy Vol. 2 and Avengers: Infinity War here. It’s not that those films received necessarily bad reviews. It’s more like they’ve gotten begrudgingly good ones. Sticking with this recent theme, we loved the highly anticipated Deadpool 2 as it offers up more of the things people enjoyed about its predecessor and succeeds on all fronts. All of this is despite the begrudgingly good reviews from many other sources.

Given the massive success of the first Deadpool, the filmmakers understandably had their hands full when coming up with the sequel. How could you possibly top what the original accomplished? It was a different kind of superhero film in general. It was violent, vulgar, and, of course, rated R. The difficulties of Deadpool 2 began back in October 2016 when Tim Miller vacated the director’s chair for the sequel. Supposedly, there was a rift between Miller and co-writer/star Ryan Reynolds over the direction of the sequel and also the casting of the character of Cable. Miller wanted Kyle Chandler while Reynolds did not. Ultimately, 20th Century Fox sided with their star, Miller was out the door, and David Leitch stepped in. With how Deadpool 2 turned out, it’s hard to argue that the studio made the correct decision.

The film kicks off with a literal bang as Wade Wilson/Deadpool (Reynolds) attempts to blow himself up. Following a personal tragedy, Wade struggles to find his purpose in life until he briefly teams with the X-Men. He, Colossus (voiced by Stefan Kapicic), and Negasonic Teenage Warhead (Brianna Hildebrand) team up once again and attempt to rescue a powerful young mutant named Russell/Firefist (Julian Dennison). After overstepping boundaries set by Colossus, Deadpool and Russell are sent to a mutant prison. They escape separately when the deadly time traveler, Cable (Josh Brolin), breaks into the prison to kill Russell. From here, Deadpool assembles a team, X-Force, to find Russell and stop Cable. 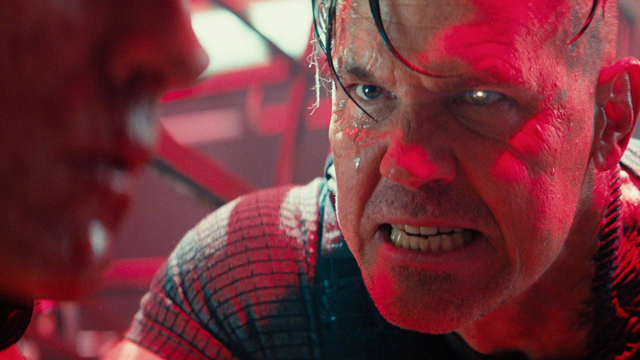 Unsurprisingly, the characters are awesome in Deadpool 2. Of course, Ryan Reynolds shines in the role he was seemingly born to play as the Merc with a Mouth. Fan favorites from the last film such as Colossus, Negasonic Teenage Warhead, Dopinder (Karan Soni), Blind Al (Leslie Uggams), Weasel (T.J. Miller), and Vanessa (Morena Baccarin) settle nicely into the film alongside the newbies. Zazie Beetz as Domino is simply fantastic but we’ll get to her shortly. The biggest addition is obviously Josh Brolin as Cable. This is Brolin’s second role in a Marvel film within the past month and he knocks it out of the park once again. As Cable, he’s a believable tough guy and a legitimate bad ass that fits perfectly in the Deadpool franchise. He’s a huge step up from the last film’s main villain.

The action in Deadpool 2 also takes a big step up from the first film. David Leitch, who directed last year’s Atomic Blonde and was an uncredited director on the first John Wick, knows a thing or two about shooting action scenes. Unlike the Russo brothers from the Marvel Cinematic Universe, Leitch actually lets you see the action onscreen instead of using rapid fire cuts and shaky cams. There are some fantastic battles in this movie and it’s nice to be able to actually breathe them in. Though, Leitch isn’t completely innocent of fast paced cutting but, for the most part, the action is very well done. Also, during the initial meeting between Deadpool and Domino, Deadpool claims that being lucky isn’t a superpower and that it’s also not very cinematic. David Leitch and company prove otherwise as some of her sequences are the best that the film has to offer. 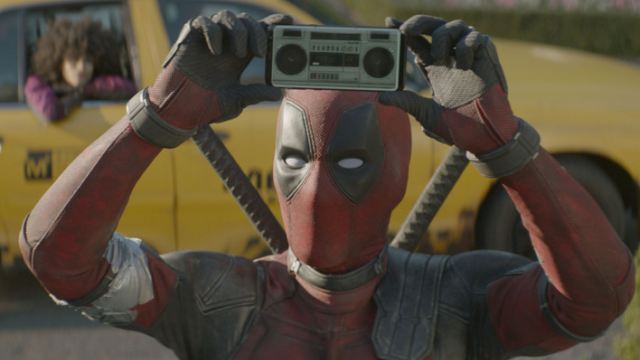 All that is fine and dandy but what do people really go to a Deadpool movie for? It’s the comedy. Without the ridiculously vulgar humor, Deadpool is just another superhero. Let it be known that the humor is back in spades for Deadpool 2. While the first film has constant pop culture and self referential humor, Deadpool 2 does scale it back just slightly. However, the funniest moments of the sequel far outweigh those in the first. The initiation of the X-Force is unbelievable and will have you laughing even after the sequence has finished. (Sidenote: favorite X-Force member behind Domino is Vanisher with Peter as a close second). Also, if you thought Deadpool’s little hand in the first film was funny, wait until you see what they do here. In all, the comedy is used to perfection once again.

What else is there to say? This is Deadpool 2. It’s shocking that initial reviews have kind of bashed it for being exactly what the title says it is. It does what good sequels do. It ups the ante, introduces new and likable characters, and stays true to the original. Just as with the first film, the filmmakers are giving people things that they want to see. Fans wanted to see the true R-rated Deadpool character and they got it. We were promised Cable and got him too. On top of that, the film even goes far enough to offer up a long awaited adaptation of another fan favorite character. Of course, we won’t say who it is here but it’s great. The Deadpool franchise is one centered around fan service. So, sit back, be a fan, and enjoy all that Deadpool 2 has to offer even if it’s just “more of the same.”

One Thought to “In Theaters Review: Deadpool 2”