Just a little over three years ago, back when things were normal and people could actually go to these mystical places called “movie theaters” to see the newest flick,  Justice League hit the big screen and landed with a dull thud for fans of DC Comics’ big superhero squad. Due to the departure of the film’s original director, the much maligned Zack Snyder, rewrites, reshoots, poor storytelling, and even worse comic relief became the talk of the film. The theatrical cut of Justice League flopped at the box office and didn’t fare especially well with moviegoers either. This paved the way for the internet to do its thing as fans, cast, and crew began supporting the #ReleaseTheSnyderCut movement. Fast forward to the present day and Zack Snyder’s Justice League AKA the “Snyder Cut” debuted on the HBO Max streaming service this past week. However, does it live up to the lofty hype that it received over the past few years?

The very first review to drop on this site was Snyder’s Batman v Superman: Dawn of Justice back in April 2016. Since then, we’ve heaped praise on DC anomalies like Wonder Woman and Joker while lambasting lackluster output like Suicide Squad, Wonder Woman 1984, and, yes, 2017’s Justice League. Needless to say, DC has been a mixed bag since beginning their Extended Universe of films and still haven’t entirely seemed to find their way. Yet, Justice League was a film that maybe deserved a second chance. Upon Snyder’s departure, Warner Bros. brought in filmmaker Joss Whedon, who had massive success with The Avengers, to finish the film. What ended up onscreen was a butchered mess of a film that was unfunny, ugly to look at, and often nonsensical. To be fair, Whedon’s “Josstice” League isn’t the worst film ever made (or even the worst DC film for that matter) but it’s one that can be quickly forgotten. Once steam picked up for the Snyder Cut though, it was safe to wonder if there was really something there that could redeem the god-like superhero group.

If you’re here reading this, it’s probably because you’ve at least followed the Justice League drama and have probably seen the theatrical cut prior to the Snyder Cut. Therefore, we won’t spend a lot of time on plot. Basically, Bruce Wayne/Batman (Ben Affleck) aims to assemble a team of superheroes to thwart an incoming foreign threat following the death of Clark Kent/Superman (Henry Cavill) in BvS. Along with Diana Prince/Wonder Woman (Gal Gadot), Arthur Curry/Aquaman (Jason Momoa), Barry Allen/The Flash (Ezra Miller), and Victor Stone/Cyborg (Ray Fisher), Batman successfully cobbles together a united front to take on Steppenwolf (Ciarán Hinds) and his army of Parademons from the planet Apokolips. The newly formed Justice League tries to thwart Steppenwolf and his minions as he tracks down the three Mother Boxes on Earth to get back into the good graces of the mighty Darkseid (Ray Porter).

As you can tell, Zack Snyder’s Justice League is still, well… Justice League. That being said, was it worth it to release this cut of the film? The answer is a resounding “yes.” Frankly, the Snyder Cut enhances nearly every single thing about the theatrical cut. With a massive four hour runtime, it’d be a little disappointing if it didn’t. The more lighthearted and playful tone employed by Whedon is gone as Zack Snyder brings back his trademark bleakness and washed out color palette. While moviegoers have gotten used to the big, bright, and bombastic feel of the Marvel Cinematic Universe, Snyder intended for the DC Extended Universe to be much darker and depressing. Some fans didn’t exactly enjoy this type of tone in Batman v Superman but it seems like most people gained a new appreciation for it after Whedon’s take in the theatrical cut. For a film that’s essentially about the possible end of the world, Snyder’s approach works much better here and marks a welcome return for the dark and gritty superhero flick. 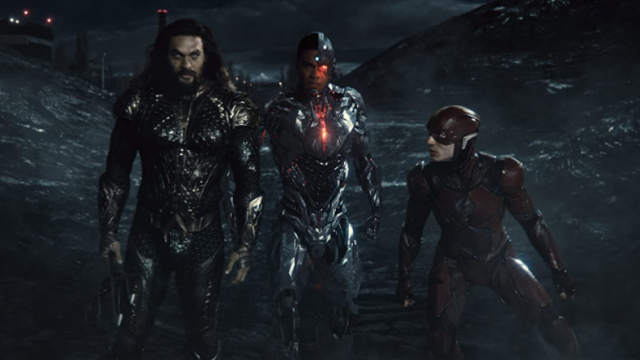 One area where the Snyder Cut is a massive improvement upon the theatrical release is in its characters. Every single character in the Snyder Cut is handled a million times better and greatly increase the quality of the story here. The big three in Batman, Superman, and Wonder Woman are the obvious stars when they’re onscreen but that’s not to say that the others don’t steal some of the spotlight as well. Again, the lame comic relief is stripped away, with the exception of Ezra Miller’s Flash having a few moments to crack wise, and every character feels like an integral part of Snyder’s vision. Now, since the release of Josstice League, we’ve had a second film to get to know more about Diana Prince/Wonder Woman and also an admittedly stupid but fun romp through the sea with Jason Momoa’s Arthur Curry in 2018’s Aquaman. Because of this, fans will have a little more connection to these characters that they didn’t have previously. Yet, it’s Ray Fisher as Cyborg who really shines throughout the Snyder Cut. Cyborg was mostly a throwaway character in the theatrical version but is kind of the linchpin of the team in this new version. Of course, Fisher’s issues with Whedon and a handful of higher ups have come out in the media. With the way that Cyborg was treated in the theatrical cut compared to here, maybe there’s something to Fisher’s claims after all.

Another massive improvement in the Snyder Cut is the handling of Steppenwolf as a villain. From top to bottom, Steppenwolf has been revamped. In the theatrical cut, he was an uninspired foe looking for world domination that was often forgotten about as the heroes bickered and quipped their way through the script. In addition, he even looked like a throwaway villain. Here, he’s big, menacing, and actually has purpose. As someone who’s fallen out of grace with Darkseid, Steppenwolf has purpose and conviction as he does everything in his power to right his wrongs. It’s a different kind of motivation that’s not often seen in films like this. He’s not just trying to take over the world in some contrived manner. Steppenwolf is basically a minion but a powerful one at that and one that really has nothing to lose which makes him even more dangerous. It’s really astounding at how different of an interpretation there is of him between the two cuts and, obviously, the Snyder Cut actually gives him the attention and detail that he deserves.

Up to this point, we’ve sung the praises of Zack Snyder’s Justice League but, in classic Zack Snyder fashion, there are still plenty of issues with his cut of the film. The first thing that should be mentioned is that if you don’t like the dark and serious tone that Snyder goes for in most of his films, then you’re probably not going to like his version of Justice League. Additionally, the color palette leaves much to be desired if you’re a fan that’s used to the bright and colorful MCU. Everything in the Snyder Cut is drab, washed out, and grim. There is a little bit of fatigue when it comes to machine-like imagery. From the look of characters like Steppenwolf, Cyborg, and the Parademons, to the locations, and even down to the multiple massive vehicles, there’s an overabundance of grey/silver CGI to the point where viewers will beg to see the slightest hint of color. While Whedon’s more vibrant approach didn’t really work in the theatrical cut, the desolate visual wasteland that is the Snyder Cut could use a little diversity. 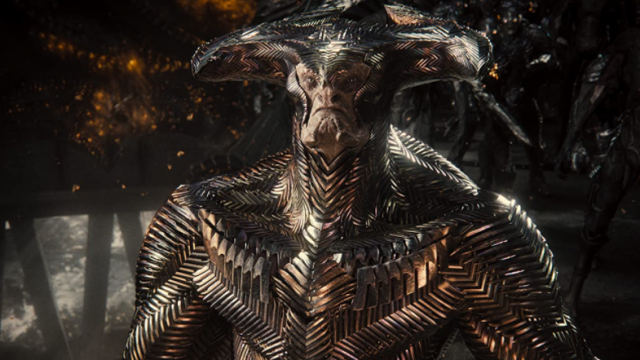 However, the real negative of the film is its massive runtime. Originally, a four hour cut of Zack Snyder’s Justice League seemed to indicate that there was going to be a ton of additional footage shot for it. Oddly enough, that isn’t really the case as most of the film was assembled from scenes that had already been filmed during the initial filming. It’s just that the bloated storytelling, editing, and incessant slow motion scenes dragged this beast of a film out to four hours. That’s not to say that Snyder does a horrible job relaying his story but there’s still a lot that could’ve been cut from this version of the film to chop it down to, say, three hours instead of four. The entire epilogue is pretty unnecessary and only felt like an excuse to get Ben Affleck’s Batman to share a scene with Jared Leto’s Joker. Sadly, the scene just feels extra in execution as well. On top of that, the director’s trademark slow-mo shots are out of hand throughout the entire Snyder Cut. Just because something looks cool doesn’t mean that every action shot has to use this gimmick. This is something that should’ve been reserved for scenes of The Flash using his powers and maybe during a climactic battle scene. In the Snyder Cut, the slow-mo is constant. It’s funny because a lot of the the things that fans dislike about Snyder feel like they’re going to be praised this time around only because of how poorly received the theatrical cut was.

No matter how people feel about Snyder as a filmmaker, there’s absolutely no doubt that Zack Snyder’s Justice League is the best version of Justice League there is. Joss Whedon’s attempt to “save” the original production was an uninspired and lifeless attempt that, frankly, shouldn’t even be attributed to just Whedon himself. The 2017 release was the version of the film that the studio clearly demanded and it failed miserably. The Snyder Cut may not be perfect and it adds in a lot of extra “stuff” that people don’t really need but it does feel like a unique, singular vision. It’s also probably the best Zack Snyder movie in a very long time. He’s received a lot of flak for both Man of Steel and Batman v Superman but his version of Justice League finally feels like he started to figure out where he wanted to go with the DC Extended Universe. Given the massive amount of support Snyder received to release the Snyder Cut and the mostly positive responses to the film, it’s possible that he’ll be able to continue this story in Justice League Part II. While there’s been no indication that there will be another film, it’s clear that this is something fans want especially if they’re willing to sit through a four hour version of a film that many people hated. If nothing else, we know that Part II would be a spectacle with a filmmaker like Zack Snyder at its helm.